Forthcoming books to look forward to by Head of Zeus

The Return of the Thin Man is by Dashiell Hammett and is due to be published in November 2012.  Although characters and stories like Sam Spade and The Maltese Falcon are famous the world over, despite the New York Times' description of him as the 'dean of the school of hard-boiled noir', Dashiell Hammett wrote only five full-length novels in his career.  The Thin Man was the last of these, published in 1934.  But Hammett wrote two other 'treatments' for investigator Nick Charles and his nemesis Charles Wynant; the 'thin man' of the title.  Lost when Hammett retired as a novelist, together those treatments form the continuing story of The Thin Man, which is now being published for the first time.  Dashiell Hammett died in 1961.  His influence lives on in generations of writers as diverse as Raymond Chandler and William Burroughs. 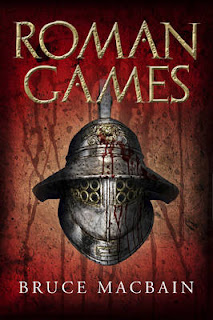 Roman Games is the debut novel by Bruce MacBain and is due to be published in September 2012.  Rome: September, 96 AD.  When the body of Sextus Verpa, informer and libertine, is found stabbed to death in his bedroom, there is no way in or out.  The method and motive remains a mystery, so suspicion falls on his slaves.  Pliny, a young senator, is ordered by Emperor Domitian to investigate.  But the Roman Games have begun and for the next fifteen days, the law courts are in recess.  If Pliny can't identify the murderer in that time, Verpa's entire slave household will be burned alive in the arena.  Along with the poet Martial, Pliny's investigation unravels a plot involving Egyptian cultists and a missing horoscope that will lead him through the tenements and brothels of Rome's most decadent age, and finally to the palace itself, where no one is safe from the paranoid Emperor.  As the deadline approaches, Pliny struggles with the painful dilemma of a good man forced to serve a brutal regime--a regime implicated in conspiracy that touches the heart of Imperial Rome.

The First Daughter is the first in the series featuring Jack McClure and is by Eric Van Lustbader.  It is due to be published in December 2012.   When an accident takes the life of his daughter, Emma, ATF agent Jack McClure blames himself, numbing the pain by submerging himself in work.  Then he receives a call from his old friend Edward Carson.  Carson is just weeks from taking the reins as President of the United States when his daughter, Alli, is kidnapped.  Because Emma McClure was Alli's best friend, Carson turns to Jack, the one man he can trust to go to any lengths to find his daughter and bring her home safely.

Julian Wells was a writer of dark non-fiction works that detailed some of the worst crimes of the 20th Century.  Was it this exploration of man's inhumanity to man that caused him to take his own life?  When his body is found in a boat drifting in a pond in Montauk, New York, his best friend, the literary critic Philip Anders, begins to reread his work in order to prepare a eulogy.  This rereading, along with other clues, convinces the critic that his friend has committed a terrible crime, and that it was as punishment for this crime that Wells took his own life.  Anders' investigation sparks an obsession with unravelling the mystery of the man he thought he knew.  His journey towards understanding leads him from Paris to Budapest, spans four decades, and takes him deeper and deeper in to the heart of darkness that was Julian Wells…  The Crime of Julian Wells is by Thomas H Cook and is due to be published in October 2012.

Nocturne is by Joseph Wambaugh and is due to be published in December 2012.  The southernmost Los Angeles district of San Pedro, once of the world's busiest harbours.  Now it is a locus for gangs, human trafficking and all manner of decadence and mayhem.  The ubiquitous Croatian and Italian longshoremen have diminished in numbers and influence.  One Croat, Dinko Babich, has even stooped to taxi service.  But one night, driving a 19-year-old Mexican dancer to her club, he falls desperately for this sweet, sincere and endearing girl.  And when she sees something she should not have, something that links her to an investigation of a shipping container filled with 13 corpses, Dinko will do all he can to protect her from the lethal and terrifying men behind it.

The vengeance of Memory is by Mark Oldfield and is due to be published in November 2012.  Madrid, winter 1953: the snow lies thick on the ground and Comandante Guzman of the infamous Brigada Especial is preparing a dawn raid.  It is job to hunt down opponents of Franco's regime and destroy them.  Feared by all, Guzman profits from the corruption of Franco's Spain, taking what he wants: food, drink, and women.  But that is about to change.  Guzman is going to find himself on the wrong side of an ambitious general, on the wrong side of Franco, on the wrong side of history.  It's not the first time Guzman has been on the wrong side.  But there's no one left alive who knows about that...until he gets a message from a dead man...Madrid, 2009: Ana Maria Galindez is a forensic scientist investigating a mass grave from the Franco era.  She is soon drawn into the race to discover the hidden ledger of secret policeman Leopoldo Guzman - a man who disappeared without trace in 1953.  Of course, there are those who would much rather Guzman's ledger never be found, would much rather its secrets remained unread.  Galindez's pursuit of the past has revealed a secret battle for the present...

2004: when violent Jihadists bomb a Masonic lodge in Istanbul, the Turkish military enlist maverick British agent Toby Ashe to find the cause of the attack.  Hurled into a tense race against the CIA to solve an intelligence puzzle encompassing genetic research, a covert SAS mission, the true origins of Freemasonry, and the strange disappearance of the leader of a Kurdish mystical religion, Ashe must travel the globe in pursuit of answers.  What if the invasion of Iraq was nothing to do with WMD?  What if America wasn't motivated by oil, or regime change?  What if the world's largest superpower was driven by a desire to find something far more dangerous - a viral weapon passed down through history ...Explosive, fast-paced and brimming with expert knowledge of everything from Freemasonry to genetics, Christian mythology to military tactics, The Babylon Gene is the debut novel by Alex Churton and is due to be published in September 2012.

Nic Caruana is paid to kill people.  Once, he was destined for a white-collar job in a middle-class area.  But like many kids, he made a fatal mistake.  Now, he inhabits the bleak, dark city that runs like a seam beneath London.  His latest job is to track down the daughter of an arms dealer, using any weapon necessary to get to the truth.  But Nic has fallen in love with his dangerous employer's wife.  When the missing girl turns up dead, this grief-stricken mother starts playing twisted games with Nic...  And this time he has nothing in his armoury to protect himself.  Taut, spare, and brilliantly plotted, Something You Are is the debut novel by Hanna Jameson and is also the first in a series of menacing urban crime novels known as the London Underground series.  Something You Are is due to be published in December 2012.
Posted by Ayo Onatade at 23:46