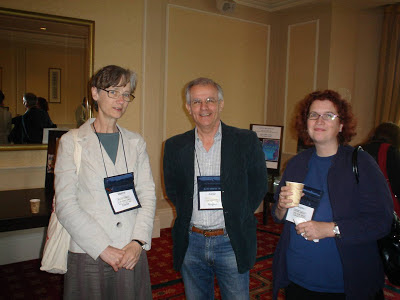 We were shocked this morning to learn of the passing of Maxine Clarke, one of most insightful book reviewers we have had the fortune to have known, and shared smiles with over the years.

We always enjoyed her erudite book reviews, her enthusiasm as well as her insight into the genre and her championing of work that she saw merit in. We met her many times at Crimefest Bristol [where she won the quiz with her team on more than one occasion], and she too was an early advocate of Roslund and Hellstrom as well as Jo Nesbo and Stieg Larsson [attending the launch party in London on 15th January 2008] among many other authors she championed.

The Shots collective wish her family our sincere condolences and best wishes during this difficult time. We however acknowledge that her work and insight lives on, as does the memory of her presence in our lives.

Rhian Davies (aka CrimeFicReader) first brought us the sad news that Maxine Clarke, an editor of the British scientific journal Nature who also--over the last seven years--wrote the excellent blog Petrona, died yesterday after what’s being described as a “lengthy” battle with cancer. But online tributes have been rolling in ever since. Her friend Karen Meek of Euro Crime, to which Clarke often contributed “peerless” book critiques, describes her as “a fast reader” who, “even when ill could read and review a book I’d given her before I’d get back to Birmingham! I can’t imagine how many books have been bought as a result of her well-written reviews, and that is legacy worth leaving.” Norman Price of Crime Scraps Review adds: “She tempted so many inexperienced bloggers to dip their toe in the blogging water and then jump in with her helpful comments and encouragement, that we all owe Maxine a great debt of gratitude.

Top - With Karen Meek and Adrian Magson at Crimefest 2009 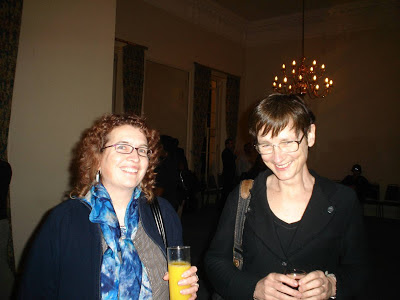 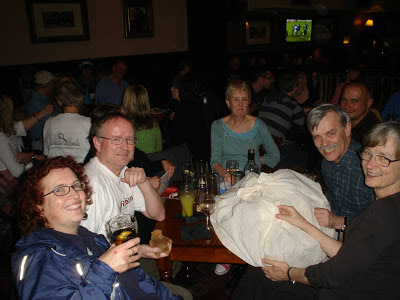 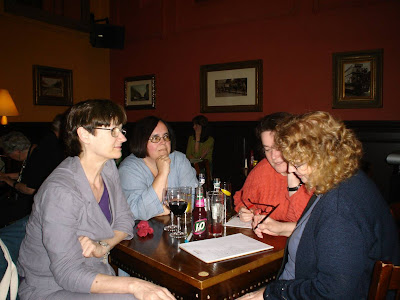 A personal message from Ali Karim –

Though personally not religious, there are passages in the Bible that are worth quoting, worth reflecting upon, and sometimes they provide insight, other times they don’t. When I heard about Maxine’s passing this morning, the line “It rains on the just and the unjust, alike” came to mind from Matthew 5:45, used also in Alan Moore and Dave Gibbon’s Watchmen as well in many philosophical work. It is an interesting line that resonates contextually in both the reality we see around us, as well as thematically in the crime fiction we read; the same fictional world that Maxine explored, reviewing and commenting upon. She will be missed dearly by the crime fiction community, rest in peace Maxine Clarke.
Posted by Ali Karim at 12:04