Today’s guest blog is by author Hanna Jameson.  Hanna is currently reading American History and Literature with Politics at the University of Sussex. Something You Are is her debut novel in the London Underground series.

One afternoon I was alone behind the bar serving the room’s only occupant; a robust and talkative man in his early forties wearing a zebra-print tie.  At some point during our chat I mentioned in passing that I was writing a crime/thriller.  This had quite a spectacular effect.  He became quiet, checked the bar was empty and beckoned me closer.

He said, ‘I’ve wanted to tell someone this story for years.’

I didn’t venture much closer for obvious reasons.  I was preparing myself for some pretty epic screaming and running away.  Then he pulled down his tie and the collar of his shirt, and revealed the most horrific scar I have ever seen.  A jagged blackened gash stretched from under one ear across his throat to the other ear.  Most people would think that was hideous.  I was utterly enthralled.

I have no idea what that says about me.

He then proceeded to tell me the story of how he got the injury, which turned out to have been self-inflicted in a failed suicide attempt, after getting into debt with mobsters during a failed property deal in Spain.  Having been asked to testify by the police, and threatened with decapitation by his one-time business partners, he drove his car up onto a hill, cut his own throat, and survived only because he was being followed by police surveillance.

To my annoyance, my shift then ended.

I came back the next day, having promised I would listen to the entire story and novelize it for him, but his company had left.  When I searched the company name, I found that they did not exist.  To this day, I still wish I could somehow track this man down, let him take me out for lunch (in an extremely public place), and write down the details I never got to hear.

A year later, traveling home by train from a Manic Street Preachers gig in Wolverhampton, I sat next to the kind of man you literally cannot fail to exchange life stories with within ten minutes.  We have all met one.  He was in his fifties, lanky and weathered, and loved to ask questions.

I told him I was writing a crime/thriller.  He glanced back at the seats behind us.
‘I’ve just realized why I recognize the name of your hometown,’ he said.  ‘Winchester.  There’s a prison there, right?  A famous one?’

I reminded myself that I was very unlikely to be murdered on a train in the middle of the day, and nodded.

‘I was never there,’ he continued.  ‘But a friend of mine was who I used to work with.’
In the time it took us to reach the next station, while I was quite clearly taking notes on my phone, he told me about his friend.  His friend, who used to be a heroin trafficker, and worked for the French Foreign Legion.  At the next station, Birmingham, he left the train.  I never saw him again.  I did not even find out his name. 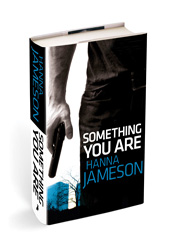 I am now twenty-two and earlier this year I went to a music festival where I was introduced to a young blue-eyed writer, who wore a wide-brimmed hat and kept a single dollar in his wallet to remind him to travel.  I don’t actually remember much of what was said throughout the evening, as I spent most of it swaying about and crying on the shoulders of a Brazilian man as I sang The Wild Ones to Brett Anderson.  However, four days later I received a message asking me if I had ever listened to Nick Cave’s Murder Ballads.  I hadn’t.  When I did, several days later, I scared an entire train carriage of people with the fifty-eight minute silent maniacal grin on my face.  This might not seem like much compared to chance tales of a cutthroat and a drug trafficker, but thus far I can’t think of a more important discovery.

My writing has always been more influenced by music than anything else has.  Nick Cave brought with him not just a better way of passing hours of solitude, but a thousand stories of cutthroats, crimes of passion, sewage-drenched preachers, methodical serial killers, vacuous cityscapes, thieves, gamblers, drunks, whores, pimps, and dead children.  Music that provides a short cut to hate, or love, or despair, or the unnameable emotions somewhere between nostalgia and loss and wistfulness.  I guess what I’m trying to say is...  I can’t see myself ever coming to respect someone’s art more.

So the moral of these stories is to talk to strangers.  Yes, people are scary and weird.  I once saw a man on a train who looked like Hitler with a four inch scar down his cheek and wearing a golf jumper (I didn’t speak to him).  Yes, people are annoying.  Occasionally when trying to navigate my way through slow walkers I feel an almost overwhelming urge to start attacking at random.  Yes, sometimes when you attempt conversation you get nothing more than a panicked expression as if you are about the mug them.  And yes, more often than not I can’t even be bothered to do this and just want to listen to my iPod on public transport in defensive silence.

I hope this is useful advice to someone.  I hope that the man in the zebra-print tie reads this.  I also hope you buy my book and listen to Nick Cave, perhaps simultaneously.

That would really make my year!

Something You Are - Nic Caruana is paid to kill people. Once, he was destined for a white-collar job in a middle-class area. However, like many kids, he made a fatal mistake. Now, he inhabits the bleak, dark city that runs like a seam beneath London. His latest job is to track down the daughter of an arms dealer, using any weapon necessary to get to the truth. But Nic has fallen in love with his dangerous employer's wife. When the missing girl turns up dead, this grief-stricken mother starts playing twisted games with Nic... and this time he has nothing in his amoury to protect himself.

Head of Zeus publishes Something You Are by Hanna Jameson in hardback on 6th December 2012 for £7.99
Posted by Ayo Onatade at 11:02

THIS is why I like to talk to people --ANY people, and why (to the chagrin of some of my significant others) I like to go to bars alone. You either get it or you don't. Hanna sounds like my kind of people.

This is really nice a read. Like you have said most people are afraid to talk to strangers and I am definitely one of them. There are really some instances in life that makes you not to talk to someone you don't know because you might end up being hurt and harassed again. Though like you I love to read horror and thriller type of books. I'll make sure to visit and buy one of this book.