BRUNO and the Real Life Crimes of Perigord. 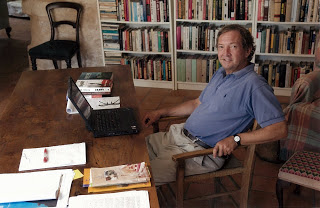 Our guest blogger is Martin Walker who is the author of the Bruno Chief of Police series, which are set in St Denis. He splits his time between Washington DC and the Perigord. He has written several acclaimed works of non-fiction, including The Cold War: A History and is a prize-wining journalist. The latest book in the series is The Dying Season, which is the ninth book in the Bruno series. His blog is devoted to the Bruno novels and you can also find information about the books but also recipes.

Like most people in Britain, I always assumed that our Great Train Robbery of 1963 was just that, the richest haul ever. Not even close. In July of 1944, the French Resistance pinched the reserves of the Banque de France, over 2 billion francs (worth about 300 million pounds in today’s money) from a train they had stopped at a small town called Neuvic. On the orders of the German occupying authority, the money was being shipped to the port of Bordeaux, to be handed over to the Kriegsmarine, the German navy. The speculation was that the 15 tons of banknotes would be loaded onto a submarine to be taken either to Germany or to fund a new Reich in Argentina. But the news seeped out and the Prefect of the Department of the Dordogne, a supposedly loyal official of the Vichy regime, tipped off the Resistance, who kindly gave the train guards a signed receipt for 2,280 million francs, plus 1500 francs for the value of the silk sacks holding the money. And despite repeated official and parliamentary inquiries, the money has never been accounted for.

What mystery writer could pass up such true-life crime? I used it in The Resistance Man, the 6th of my novels of Bruno, a country policeman in this lovely part of south-western France that boasts the painted Lascaux cave, the masterpiece of prehistoric art, and over a thousand chateaus. It’s also the gastronomic heartland of France, home of foie gras and truffles and good Bergerac wines. I’d been inspired to write the first of the novels when I came across a grim tale of state terrorism, again in World War Two.

The Vichy authorities and the Gestapo decided that the only way to control the rising tide of resistance in the area was to terrorise the farmers who were feeding and sheltering the Resistance fighters. They persuaded a French soccer star, Alexandre Villaplane, who had captained the French team in the 1930 World Cup and had then launched a soccer league for North African kids in Marseilles, to recruit some of his young Arabs for a special mission. A Nazi sympathiser who held officer rank in the SS, Villaplane offered them three square meals a day, black uniforms and loot if they joined his Brigade Nord-Africaine. They also got 5000 francs a month, about four times the standard wage for a farm worker. Their job was to burn, rape, kill and loot the families of farmers suspected of helping the Resistance, and they were also used to man the Nazi firing squads. The impact on race relations of using Arabs for such acts of official terrorism can be imagined.

But there are plenty of peacetime crimes in the region to inspire the novelist. I used the way 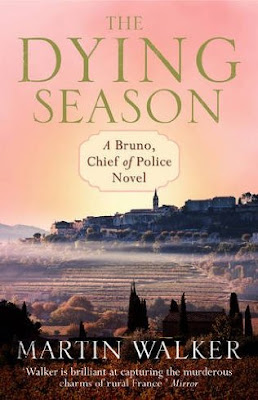 the Chinese mafia tried to take over the French truffle trade in Black Diamond, and the use of a wine vat to suffocate a victim in Dark Vineyard. Someday I’ll write of the Beast of Bergerac, the serial rapist and murderer in the 1970 who was supposed to be a werewolf because he went hunting at the time of the full moon. Then there’s the Beast of Reignac, a medieval lord of a fortress built into the side of a cliff, who was attacked and slaughtered by his peasants because he had too often asserted his jus prima noctis, the right to deflower any new bride on the eve of her wedding. I’m currently researching a 16th century private war between two brothers who forged a brief truce to let their troops rape and pillage a nunnery in my own village before resuming their feud. And now we learn of a prehistoric murder, the find of a 40,000 year-old skeleton with its skull bashed in….

Some things a writer just cannot make up; the bizarre realities of history usually exceed our powers of imagination.

The Dordogne town of St Denis may be picturesque and sleepy, but it has more than its fair share of mysteries, as Bruno, chef de police, knows all too well.   But when Bruno is invited to the 90th birthday of a powerful local patriarch - a war hero with high-level political connections in France, Russia and Israel - he encounters a family with more secrets than even he had imagined. When one of the other guests is found dead the next morning and the family try to cover it up, Bruno knows it's his duty to prevent the victim from becoming just another skeleton in their closet. Even if his digging reveals things Bruno himself would rather keep buried.   Meanwhile, very modern battles are being fought in St Denis between hunters defending their traditions and environmentalists protecting local wildlife. Neither side, it seems, is above the use of violent tactics.   At the centre of it all, Bruno must use all his cunning and character to protect his community's future from its present - and its past.