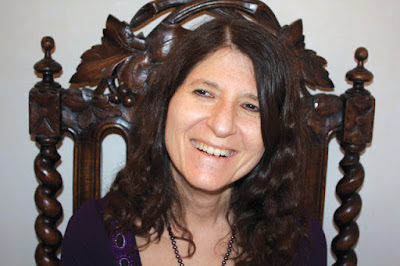 Leigh Russell is the author of the Ian Peterson series and Geraldine Steel series.  She has recently started writing a new series featuring a character called Lucy Hall. She has been shortlisted for the CWA New Blood Dagger, longlisted for the Dagger in the Library and has been one of the People’s Book Prize finalists.


My stories always begin, in my head, with a killer. It is his or her motivation that shapes the narrative, and everything else spins out from there. There has been more than one such character, because it is hopefully not too much of a spoiler to reveal that the character of the killer changes from book to book. Finding a character readers would want to follow throughout a series was more of a challenge. It was also more important because, although I didn't realise it when I started out, my detective and I were going to be working together for a long time.

My original detective, in the initial stages of the first draft of my first book, was very different to Geraldine Steel. He was a middle-aged man, a curmudgeonly kind of Dalziel, with a dash of Dalgliesh's culture. As my story progressed, I grew less confident about writing mainly from a man's point of view. I wondered, for example, how a man feels when he sees an attractive woman. Afraid of creating a character who was not fully credible, and reluctant to fall back on stereotypes, I changed the gender of my protagonist. With Geraldine Steel I was on familiar territory, at least vaguely able to remember what it was like to be a woman approaching forty.

Satisfied it had been the right decision to change the gender of my main character, I found it easier to inhabit her thoughts and feelings than my original detective. So Geraldine Steel gradually emerged as a character, my detective's gender no longer an issue for me.

Only then did I stop to consider what I had let myself in for. I had committed to writing a series with a male protagonist, coming round full circle to writing from a male point of view. Who was it called marriage the triumph hope over experience? My husband was quick to respond to the news of my spin off series. 'I suppose you'll be wanting to come to football matches with me now?' As we were discussing which team Ian Peterson could support, my son-in-law, another football fan, joined us. 'Why does he have to support a team?' he asked. 'That's such a stereotype. Not all men are football fans.'

Thinking about Ian Peterson's character I realised that there was no pressure to resort to clichés at all. I simply needed my readers to find him a credible character, regardless of his gender. Writing from Geraldine's point of view I was not permanently aware of her as a woman. The same could apply to Ian Peterson. He would be a detective with a character of his own, who happens to be a man. Once I began to think of him as a person, all my problems with him seemed to vanish.  As before, my detective's gender was no longer an issue for me.

My husband still goes to football matches while I stay at home, writing. Perhaps we are stereotypical in that, but hopefully my characters are not.

More information about Leigh Russell and her books can be found on her website and her blog.
Posted by Ayo Onatade at 16:10

Yet another interesting blog and another opportunity to learn more about the way the great lady's mind works.
Interesting that Leigh's husband Michael goes to football matches, while Leigh writes......sensible man. All credit to Michael though.....he does accompany Leigh to most events, including her "research" trips abroad. As Leigh herself would say, "It's a hard life".
I'm sure that Leigh knows me well enough now to realise that I'm teasing.