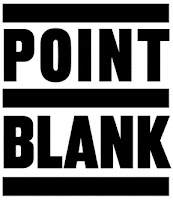 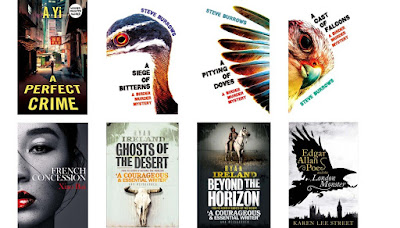 Oneworld is to launch a crime imprint, POINT BLANK, in Spring 2016.  The list, curated by editor Jenny Parrott, will encompass literary crime, thrillers and psychological suspense by UK and international writers.
In the opening salvo is FRENCH CONCESSION by Xiao Bai (February), a bold and smokily atmospheric Chinese noir set in the underworld of 1930s Shanghai, and the paperback of A Yi’s A PERFECT CRIME, described by the Wall Street Journal as a ‘psychological probe into a pathological mind’.
These are followed by two original debuts: A SIEGE OF BITTERNS (April) by Steve Burrows, winner of the 2015 Arthur Ellis Crime Award, is a tightly-plotted ‘birder murder’ set in Norfolk and featuring a police detective with a passion for bird-watching, who finds murder won’t let him be.   More fowl play will be revealed in Burrows’ A PITYING OF DOVES (June) and A CAST OF FALCONS (September).
In April, Karen Lee Street’s trilogy opens with EDGAR ALLAN POE and the LONDON MONSTER, in which Poe joins forces with his famous literary creation, C Auguste Dupin, to unravel the mystery of a real-life cause-celebre that scandalized 18th-century London, when an unknown assailant stalked well-to-do young women attacking their clothing and derrieres.
The paperback of Ryan Ireland’s BEYOND THE HORIZON, described by Shortlist as ‘mythical, dangerous and deeply unsettling’, is out in February, and Ireland’s thrilling second novel GHOSTS OF THE DESERT, in May.
Acquisitions for 2017 include THE WATERS AND THE WILD by DeSales Harrison, a sophisticated literary psychological suspense story about a dead girl and a mysterious poem; THE PICTURES by Guy Bolton, a twisty noir set against the golden age of Hollywood, with a studio ‘fixer’ being asked to gloss over a murder; a commercial paranormal witch-hunting trilogy (STRANGE MAGIC, STRANGE TRICKS, STRANGE FEAR) by Syd Moore, featuring an Essex girl sleuthing real-life witching mysteries from yesteryear; THREE ENVELOPES by Nir Hezroni, a scarily gripping story from Israel of a psychopathic Mossad agent; LOLA by Melissa Scrivner Love, a taut thriller in which a woman gang leader fights to stay alive in South Central LA; and BACK UP by Paul Colize, a bestselling French novel about a British rock group who meets a sticky end on tour in Berlin.
Jenny Parrott comments:
‘Novels published by Point Blank will be exciting reads. As an imprint the plan is to take a global and eclectic view, concentrating on literary novels but sneaking some commercial reads under the wire too. We won’t be afraid of a challenging or experimental novel, or a work in translation, as long as the book promises something special. Our aim is to be ground-breaking as regards content or style, or to offer an unusual take on a familiar crime genre. Most of all, we want to publish compelling crime, mystery and suspense novels that readers will eagerly devour and then want to recommend to their friends.
’Marketing will include POINT BLANK crime presenters, samplers and book proofs, as well as social media campaigns using the hashtag #pointblank, which will include giveaways, author chats and pre-pub extracts.