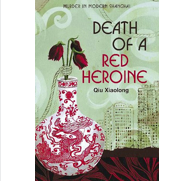 Qiu Xialong’s Inspector Chen Series, published by Mulholland Books, an imprint of Hodder & Stoughton, has been turned into a "major" BBC Radio 4 drama.
The adaptations of the first three novels in the Inspector Chen mysteries, Death of a Red Heroine, A Loyal Character Dancer and When Red is Black will be broadcast weekly from 5th December at 2.30pm in episodes lasting 90 minutes, 60 minutes and 60 minutes respectively.
The drama is already live on R4’s ‘online first’ service, meaning that the programmes are exclusively available via iPlayer Radio for the 7 days preceding each broadcast.
The character of Inspector Chen was described as the ‘Morse of the Far East’ by the Independent and the series is said to offer “a true insight into today’s China, from corruption to pollution to the traditional food that Chen delights in”.
There are now seven books in the Inspector Chen series. The first three were reissued in March this year and are available as part of an e-book bundle. 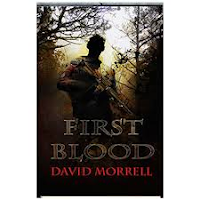 Shots' friend, David Morrell, apart from being Bouchercon 2016's recipient of the Lifetime Achievement Award, will see his character Rambo on the small screen.  Rambo: New Blood, a TV series based on the hit feature franchise, with Sylvester Stallone executive producing.  Some sources indicate that the actor would reprise his role as the famous renegade soldier, which he has played in all four Rambo movies to date, while others say that he won’t appear in the series.
Written by feature writer Jeb Stuart (Die Hard, The Fugitive), the Rambo TV series, from Entertainment One and Avi Lerner’s Millennium Films, pays homage to the films, exploring the complex relationship between Rambo and his son, J.R., an ex-Navy SEAL. J.R. is a new character not been featured in the movies that has been added as a way into the series. As the logline suggests, Rambo would be a key character on the show unlike other TV series followups, like the proposed Beverly Hills Cop series for CBS, which centered on the son of Eddie Murphy’s Axel Foley, with Murphy only slated to make occasional appearances.
Signed collector’s edition of FIRST BLOOD (see cover three above) with extras. 500 copies are now available. Click here to purchase through the publisher, Gauntlet Press, or here to purchase from Borderlands Press.

Writing team Joe Shrapnel and Anna Waterhouse have closed a deal to rewrite The Gray Man (Sphere Books), based on the novel by Mark Greaney. Christopher McQuarrie is attached to direct with Charlize Theron attached to star. The project is believed to be a priority for the studio, which is looking at a start of production in the first half of 2016. The script was previously written by Joe and Anthony Russo, who were at one time attached as directors before they got busy with Captain America: Civil War and the next two installments of The Avengers. The project, which at one point had Brad Pitt attached to star, has undergone a gender swap to allow for Theron to be involved. The thriller focuses on an expert CIA op-turned-assassin who is forced to evade adversaries as she saves the lives of daughters she didn’t know were still alive.
Mark Greaney has a degree in International Relations and Political Science. In researching The Gray Man series he travelled to ten countries and trained extensively in the use of firearms, battlefield medicine, and close range combative tactics.

Did you ever think this was possible?  Future Proofing Your Thriller by Kevin Wignall. Well, it is according to Kevin.  And he talks about that and his new book A DEATH IN SWEDEN (Thomas & Mercer Jan 01, 2016) over on the website.
About the book: 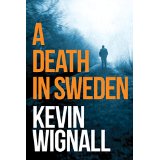 Jacques Fillon is killed in a bus crash in northern Sweden. His last act is one of selfless heroism, to reach out and save the life of the passenger sitting nearest him. For over ten years, Jacques lived in this quiet rural community, keeping to himself, and only death reveals his secret: Jacques Fillon never existed. Dan Hendricks is a man with a murky past and a shaky future. He's a freelancer, employed to track down fugitives for foreign powers, but a lot of his colleagues have died in the last few months, and it's becoming clear that he could be next. So he jumps at the chance of one more job with his former employer, to find out who Jacques Fillon was and why he disappeared, and perhaps in the process to lift the contract from his own head.
Posted by Mike Stotter at 00:00