A Chat with Torquil MacLeod and Quentin Bates 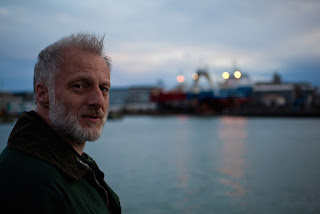 Torquil MacLeod and Quentin Bates are British crime writers who both set their fiction in cold countries. Torquil writes a series of crime novels featuring Swedish detective Anita Sundström set in the Skåne region of southern Sweden, while Quentin’s books are set in Iceland – also with a female detective, Gunnhildur Gísladóttir. We decided to bring Torquil and Quentin together to discuss writing crime, why they’re drawn to cold climates and female protagonists, and what they’re working on next.

Quentin: Torquil, what took you to Sweden to start with and why set a novel there? 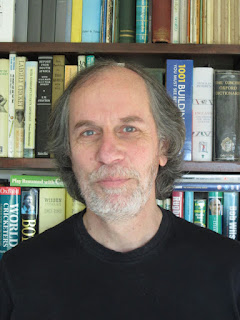 Torquil:  I went to Sweden for the first time just before Christmas in 2000 to visit my elder son who had moved there to be with a Swedish girl.  I was really taken with the countryside and atmosphere in Skåne (the southernmost part of Sweden), where we stayed.  As our hostess happened to be a blonde detective, my thoughts turned to crime.  At the time, I had no interest in writing a book, nor was I aware that Sweden was a hotbed of crime writing. Britain had yet to discover Henning Mankell. I was attempting to break into the world of scriptwriting at the time and I thought a Swedish story would be different.  In fact, I came up with two ideas, but when Hollywood failed to come calling (or anybody else for that matter), I decided to turn one of them into a book, as I already had a story.  As an advertising copywriter you learn never to waste the chance to recycle an idea! And by the time I was writing the book, my son had moved to Malmö which made a good location as I could do the necessary geographical research on my regular visits.

Though I visit Sweden frequently, I write from an outsider’s stance.  But you lived in Iceland for ten years.  Do you feel you write from a native’s point of view?

Quentin: I’m not entirely sure. I lived in Iceland during the 1990s, and although I’m able to keep in very close touch with my old home, I think I feel something of an outsider both in Iceland and Britain. My books are set largely in and around Reykjavík, and I spent my years in Iceland living in the north, so I bring with me something of an ingrained amiable disdain for those soft city types down south. This also became one of the characteristics of my detective who migrated to Reykjavík and never went back home, which is something of a theme in Iceland. Reykjavík really is a melting pot, the majority of people either having come from outlying parts of the country or else their parents did, moving to the city in search of work or education or both. Then there are the more recent foreign immigrants as well, and it has become a very multi-cultural place.

Having lived there for so long and having had no choice but to learn a decent amount of the language, I’m an insider in that I can follow the local news, keep abreast of the intrigues and scandals that an outsider wouldn’t, and also understand the scathing off-colour jokes Icelanders tell about their celebrities and politicians. On the other hand, I try to write from something of an outsider’s viewpoint, as Icelandic writers don’t go out of their way to cover much of the local colour that people like to read about – and I guess it’s because they’re writing primarily for a local readership and much of this stuff is simply taken as read as it doesn’t need to be explained.

So tell me about Anita Sundström. Where did she appear from – and did you make a conscious decision to write a female protagonist? 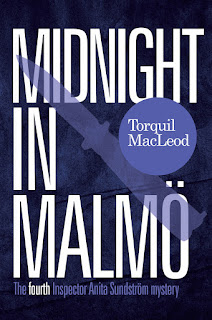 Torquil: Choosing a female lead was quite easy as I already had a role model in our hostess (previously mentioned), who, since 2000, has become one of our closest friends. She is still a serving detective, though not in Malmö.  I hasten to add that she is only partly Anita Sundström and that my creation is an amalgam of people. But I think I'm naturally drawn to female protagonists because I find them more interesting, more layered. They have more depth, have more empathy, tend to be more perceptive and are outwardly more honest than their male equivalents, which is probably why a lot of my failed screenplays centred round a female character. The problem is that all my main male ones (including Jack Flyford in my historical crime novel) end up just being version of myself (and that's not a good place to go!).  As I feel more detached from Anita, I just think the character gives me more flexibility and allows me to explore areas that a male detective might not stray into. 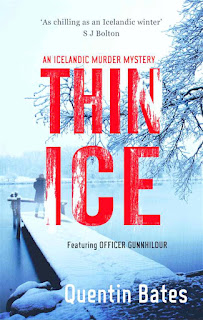 I don't know if you feel similarly about Gunnhildur.  What were her origins?

Quentin: I have much the same feelings about Gunnhildur and writing a female character wasn’t especially a problem, but I imagine writing a significantly younger character convincingly would be more of a challenge than gender-hopping.

When I was working on the original draft of what became Frozen Out, the protagonist was a man. Gunnhildur was the sidekick. After a while I realised that this chap, who was so unmemorable that I don’t remember what name I gave him, was pretty dull. He was a collection of all the middle-aged, grumpy detective story clichés and it dawned on me that there was a far more interesting and engaging character there waiting to be promoted. So he was given the boot, Gunnhildur stepped in and she seems to have done a fairly decent job solving crimes that are way above her pay scale.

I didn’t know any real police officers at the time, although I have since collected a few I can go to for information. So Gunnhildur is a mixture of half a dozen people, not all of them female, and there are facets of her that belong to this or that person. But only I know who is the model for what she looks like, and my lips are sealed on that.

The rest of the interview can be found here. 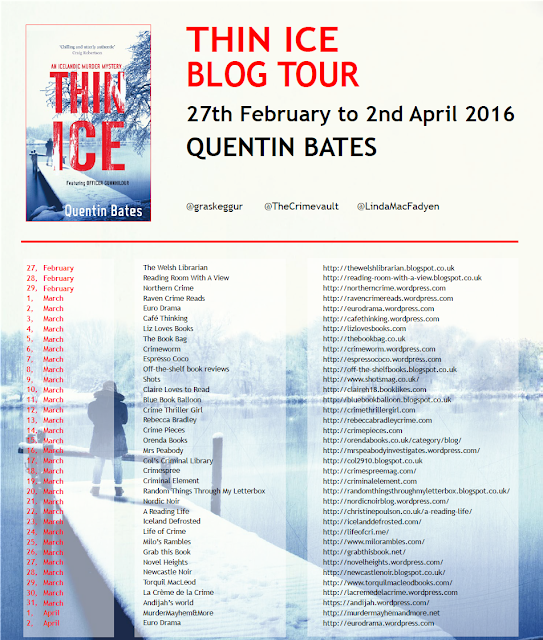 Torquil MacLeod's fourth Anita Sundström mystery Midnight in Malmö comes out in paperback on March 30th through McNidder & Grace. You can find out more about Torquil MacLeod on his website.

Midnight in Malmö
When a woman is stabbed to death while jogging in Malmö’s main park, the Criminal Investigation Squad need to discover who she is before the case can properly get under way. Soon they realise the victim had flown in from Switzerland, and with links to important people in the city, she wasn’t everything she seemed. Meanwhile, enjoying the hot summer away from Malmö, Anita Sundström is on her annual leave and is showing Kevin Ash the sights of Skåne. Their holiday is interrupted by the apparent suicide of a respected, retired diplomat. After a further death, Anita finds herself unofficially investigating a case that has its roots in the 1917 chance meeting of a Malmö waiter with the world’s most famous revolutionary. All she knows is that the answers lie in Berlin. Two investigations that begin and end at Midnight in Malmö.

Quentin Bates’s fifth Gunnhildur novel Thin Ice is published on the 3rd of March by Constable.  More information about Quentin Bates can be found on his website.  He is also part of Iceland Noir. You can also follow him on Twitter @graskeggur.

Thin Ice
Snowed in with a couple of psychopaths for the winter... When two small-time crooks rob Reykjavik's premier drugs dealer, hoping for a quick escape to the sun, their plans start to unravel after their getaway driver fails to show. Tensions mount between the pair and the two women they have grabbed as hostages when they find themselves holed upcountry in an isolated hotel that has been mothballed for the season.  Back in the capital, Gunnhildur, Eiríkur and Helgi find themselves at a dead end investigating what appear to be the unrelated disappearance of a mother, her daughter and their car during a day's shopping, and the death of a thief in a house fire.  Gunna and her team are faced with a set of riddles but as more people are quizzed it begins to emerge that all these unrelated incidents are in fact linked. And at the same time, two increasingly desperate lowlifes have no choice but to make some big decisions on how to get rid of their accidental hostages...
Posted by Ayo Onatade at 00:00