Adam Brookes On the Character of Contemporary Spy 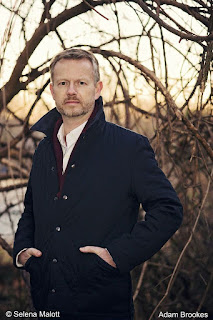 Spying never went out of fashion. There was a moment, after the Cold War ended, when we all wondered if espionage was still something states would concern themselves with. After all, with the Soviet Union defunct and the threat from international communism vanished overnight, why would we need to spy on anyone? As it turned out the question was deeply naïve. Today, our espionage agencies are larger than ever, our ability to conduct surveillance is greater than ever, and our knowledge of the world around us is more fragmented and confused than it has been in a long while. The spies are busy.

But who are they, these days?

Well, first of all, it’s worth just reminding ourselves of the different kinds of spy. Intelligence officers, or IOs, work for intelligence agencies like SIS or CIA or China’s MSS or Russia's SVR. They are bureaucrats. They get up in the morning and go to work in an office, and manage the nation’s spying business. You find quite a lot of them in embassies, pretending to be diplomats. Sometimes they’ll go off and live undercover, usually as business people, occasionally as aid workers or journalists.

An IOs job is to recruit agents. An agent is someone who has access to secret information and is willing, for whatever reason, to hand it over to an IO. This IO becomes the agent’s case officer.

Once an agent has handed secrets to their case officer, someone has to sit down and figure out what these secrets are and what they mean and who should know about them. This is an analyst. Analysts are also bureaucrats. They may do anything from writing reports to poring over satellite images to translating eavesdropped messages. Analysts sometimes lead secret lives, sometimes not.

There are lots of variations on this basic theme. We have cyber spies and communications specialists and cryptographers and traffic analysts and paramilitary operatives and what have you, but at the centre of the espionage business remains the idea that we need to collect the privileged information of others if we are to understand the world fully and be forewarned of threats.

These are, for the most part, perfectly normal people with families. I know some of them. They are analysts. Their kids and mine go to school together. They’re smart and highly qualified, and they live on a modest government wage, and they believe that they are performing important work.

The IOs are much harder to see, because they lead their professional lives in secret. I’ve encountered a few. Some are conservative, straight arrow types with a taste for adventure. Quite a few have military experience. The British are far fewer in number than their American counterparts. The Brits I’ve met have tended to be clever, pragmatic Oxbridge types who can deploy a particular kind of charm and who have a knack for making personal connections. Some I’ve liked. Others have given me the creeps. When I was working in Asia as a reporter I got to know a guy quite well. I thought he was a British diplomat. We’d go out drinking. We’d exchange tidbits of information, call each other up and chat. I found out much later he was SIS, and he’d never let me know. I’ve always felt a little peeved by that.

But the agents – they’re the really fascinating characters. Why would you betray everything and everybody close to you? Why take those risks? For what? Talk about a thankless role.

Of the great agents of the Cold War, some claimed to be motivated by ideology - Kim Philby, George Blake et al. And others by some curious mix of ideology and personal psychology – Penkovsky, Vetrov. Others were more mercenary, like Aldrich Ames, who sold out his CIA colleagues purely for money. Or, like the FBI’s Robert Hanssen, for reasons of narcissism. (Inexplicably, the ‘honey trap’ still seems to work as a means of drawing people into spying, as I’ll tell you in a moment.)

You can read the rest of Adam Brookes feature here. 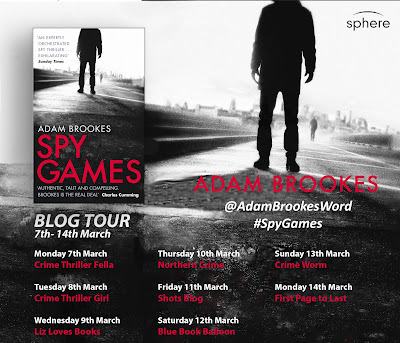 Fearing for his life, Mangan has gone into hiding from the Chinese agents who have identified him as a British spy. His reputation and life are in tatters. But when he is caught in a terrorist attack in East Africa and a shadowy figure approaches him in the dead of night with information on its origins, Mangan is suddenly back in the eye of the storm.  Meanwhile, thousands of miles away on a humid Hong Kong night, a key MI6 source is murdered minutes after meeting spy Trish Patterson. From Washington D.C. to the hallowed halls of Oxford University and dusty African streets, a sinister power is stirring which will use Mangan and Patterson as its pawns – if they survive.
Posted by Ayo Onatade at 00:00