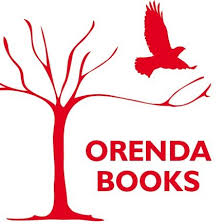 Orenda Books is delighted to announce that On the Corner, the UK production company responsible for the Academy Award-winning Amy, has acquired the TV rights for Ragnar Jónasson’s Dark Iceland series. The deal was negotiated by Luke Speed at Curtis Brown.

The series, currently comprised of five books, including the bestselling Snowblind and Nightblind, with Blackout to follow this July, features Icelandic police officer Ari Thor, who is based in the northernmost town in Iceland, Siglufjörður. Rights to the series have been sold in ten countries to date, and Snowblind has been a number one bestseller in both the UK and Australia.

On the Corner is a multi-award-winning independent production company, producing original, high-quality drama and documentaries. They were responsible for Senna, which won two BAFTAs, and Amy, the most successful British documentary of all time.

Ragnar says, ‘I am thrilled that we have finalised this deal with On the Corner. They have set out very ambitious plans to bring my books to the screen and I am confident that my characters and stories are in very capable hands.’ 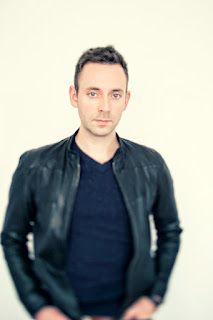 author and the Dark Iceland series will make great TV. We couldn’t be happier for him.’

Karen Sullivan, publisher of Orenda Books, says, ‘It is beyond exciting to know that such a prestigious production company will be bringing this fabulous series to the small screen. Ragnar’s books are atmospheric, chilling and evocative, and he cleverly weaves together the very best aspects of Nordic Noir with all the elements of a Golden Age mystery. TV is a natural home for them, and I know that On the Corner will do them proud.  Beautifully translated by Quentin Bates, Ragnar’s books have attracted a new legion of fans to the genre, and I’m sure the TV series will do the same.’

Well done everyone. Such a remarkable achievement. Looking forward, not only to the TV series but the next book.