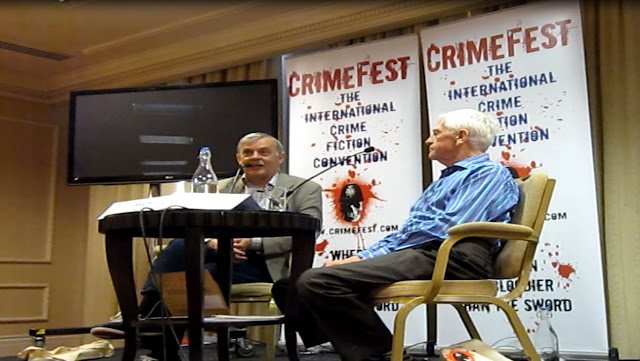 One the many highlights of the Crimfest 2017 weekend in Bristol was the Peter Lovesey interview by the current chair of the Crime Writers Association [CWA], Martin Edwards.

Apart from both authors being celebrated writers within the Crime and Mystery Community [as both are award-winning writers], they are also the nicest guys in the business. Many years ago when I was a CWA judge for the Short Story Dagger Award, Peter was our Chair. I was a bit of fan-boy at the judging meetings during that time as I was somewhat in awe of being in the same room as this legendary writer. 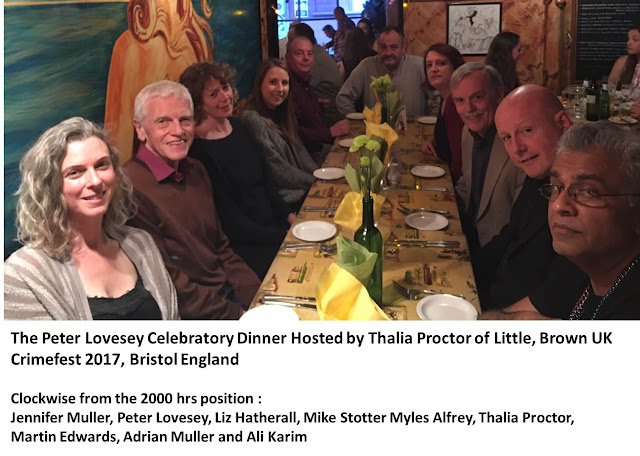 I’ve known Martin Edwards even longer, though we first met in person during the Las Vegas Bouchercon 2003. I soon discovered that Martin and I live about 20 minutes apart in the North West of England. In another curious twist of fate I would later learn that his legal practise represented me when I had some legal issues that need resolving. 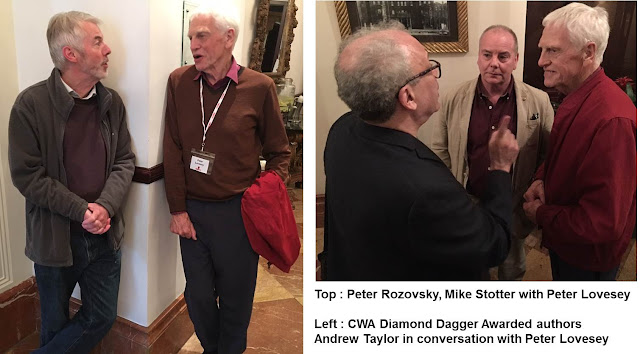 Shots were delighted to have been granted permission by Myles and Adrian of Crimefest as well as Peter and Martin to record this interview, which we carried out in our traditional ‘gonzo’ style, split into five sections.

And remember Peter Lovesey will be a Guest of Honour at Bouchercon, The World Crime and Mystery Convention hosted in Dallas TX [2019]