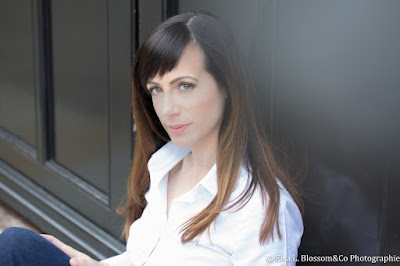 I was seated in Ginger & White, a cosy coffee place tucked in a cobbled street, in Hampstead village. I was sharing the large main wooden table with a young man working on his computer.

“Are you O.K.,” he suddenly asked, looking genuinely concerned.
His eyes were drawing a line between my face and my round belly. Well, round, that was an understatement: it was quite voluminous as my son was due to arrive two months later.
I nodded, smiled briefly, and went back to my book.

“Bon sang…” I had said out loud. But it was indeed a ‘bloody hell’ I had just dived into.

I was researching for Block 46, due publication in France a year later, which would be inspired by my family history: in 1943, my paternal grandfather, a French resistant, had been deported to Buchenwald concentration camp in Germany, where he spent almost two years, until the Liberation, on the 11th of April 1945.

I already knew quite a lot about this shameful page of our History, but all the information I had gathered was what general books taught me, as my granddad was never too loquacious about his detention in Buchenwald. So, I decided to begin my research by the survivors’ testimonies from the Nuremberg trials.

I sat down at Ginger & White with my decaf latte and started to read the first testimony; I immediately shivered and wrapped my arms around my belly. 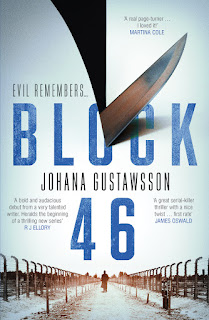 I have been reading about serial killers and forensic psychology since my early teens and I was quite accustomed to sociopathic behaviour and horrendous killings. But what this witness was describing made me feel terribly sick. A mother was explaining her arrival at a concentration camp; how a SS officer was throwing a baby in the air, shooting that baby in the head before letting her crash on the ground. I gasped for air. This is not a metaphor: I literally gasped for air.

As I went on reading, the shock and revulsion were tightening their grip. I thought of the scene of the little girl wearing the red coat in the Spielberg’s movie Shindler’s list. Except that now I knew what was behind it: her paralysing fear, her atrocious pain.

At that instant, it felt like I was standing on a diving board, about to plunge into murky waters: how could I talk about the concentration camps without mentioning the horror of it all? I could not just talk about the little red coat! Every corner of the Nazis camps stank of death. Each lost soul imprisoned in the camps had faced barbarity, savagery, terror, brutality, hunger, sickness and despair. Each one of them. That was what the camps were about. They were a bloody hell. That was the story that needed to be told. The story beyond the little red coat. My grandfather’s story. 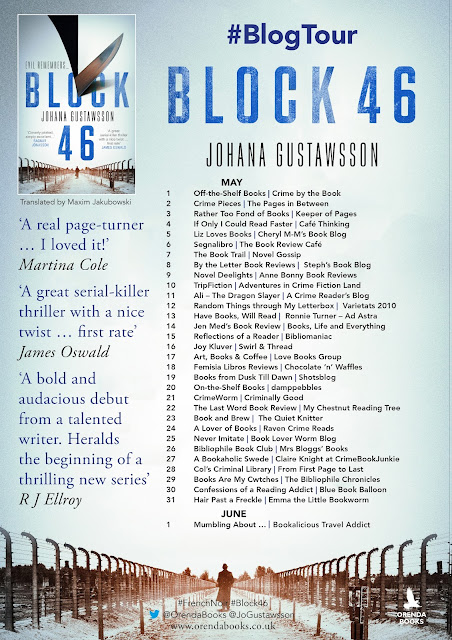 Block 46 by Johana Gustawsson  (Published by Orenda Books)
Evil remembers...  Falkenberg, Sweden. The mutilated body of talented young jewellery designer, Linnea Blix, is found in a snow-swept marina.  Hampstead Heath, London. The body of a young boy is discovered with similar wounds to Linnea's.  Buchenwald Concentration Camp, 1944. In the midst of the hell of the Holocaust, Erich Hebner will do anything to see himself as a human again.  Are the two murders the work of a serial killer, and how are they connected to shocking events at Buchenwald?  Emily Roy, a profiler on loan to Scotland Yard from the Canadian Royal Mounted Police, joins up with Linnea's friend, French true crime writer Alexis Castells, to investigate the puzzling case. They travel between Sweden and London, and then deep into the past, as a startling and terrifying connection comes to light.
Posted by Ayo Onatade at 00:00