The air was thick with heat, anticipation, and hairspray. The sultry blonde poured the bottle of gin slowly, seductively drawing out every moment of liquid joy. The ice cracked like a smashed phone screen. The sweaty blonde skidded on a stray lemon slice and fell over. 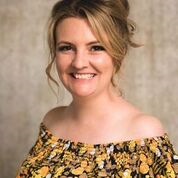 Well, when the fabulous Casey Kelleher and the slightly less fabulous me, Angela Clarke, met up over the magic of the internet it went something like that. With more laughter. And swears. Here’s what we talked about:

Casey: Huge congratulations on having the first book in the series, Follow Me, optioned for a TV series. If you had unlimited budget, who would you cast to play your central characters DS Nasreen Cudmore and Freddie Venton.

Angela: That’s such a difficult question! Like it should be easy, but when you actually think about it, it’s so hard to choose. I’m gonna go for Lena Dunham five years ago for Freddie. With a British accent, obvs. And Freida Pinto five years ago for Nas. (I really need to brush up on my actors in their early twenties.) How ‘bout you? Your books are full of feisty characters and gritty urban backdrops, which would you most love to see made for the screen?

Casey: I think The Betrayed would make great TV. It's a really gritty story about a crime family set in the underbelly of society. Ultimately the story is about family loyalty and betrayals, hence the title. 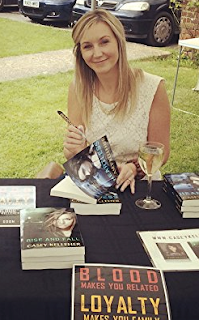 Casey: I'd pick my all-time favourite actor, Ray Winstone to play Jimmy Byrne. He'd be perfect for the role. A real old-school gangster type. Ruthless, but a lovable rogue too.  I absolutely love Kierston Wareing from Martina Cole's The Take too. She'd be a great Colleen Byrne. She's so fiery and feisty, but she has an inner vulnerability too that people really champion.

Angela: I can totally picture it!

Casey: Ha! So, tell me about your latest book, Trust Me.

Angela: What if you witnessed a serious crime, but no one believed you? Except the attacker. That’s what happens to Kate, a teacher, when she accidentally stumbles across a live stream showing a serious assault. By the time she’s got the police there, the account’s been deleted. At the same time, my protagonists, DS Nasreen Cudmore and wannabe-journalist Freddie Venton, are looking for the missing daughter of a gangland criminal, and they begin to think she could be the one Kate saw on screen.

Casey: Dark. So, between publishing books, presenting radio shows, attending book launches and broadcasting live audience podcasts – and that's just this week going by your social media account - do you ever get a chance to just relax?

Angela: Says the woman who writes a book every six months and has three kids! I think we’re as bad as each other. I’m very good at sleeping, and I love a day nap – that’s my relaxation. That and painting, when I get the chance. What about you?

Casey: When I'm not slogging away over the hot MacBook, I spend time with my family and friends. Have nice meals out. Walk our little dog and pop into my local pub. Just chilling out really and having some real quality time with people. I love to read too and I'm also addicted to watching The Real Housewives or whatever the latest box set is that people are raving about.

Angela: Oh god, me too. Both to books and television. I’ve got a bit of a YouTube habit too.

Casey: TV is total escapism for me. You don't have to think, you can just switch off.

Angela: Exactly! I need something to actively distract me from work. To hold my attention.

Casey: Though catch me on the week of my deadline and I'll be lucky to have had time to brush my hair, let alone catch up with watching any TV. 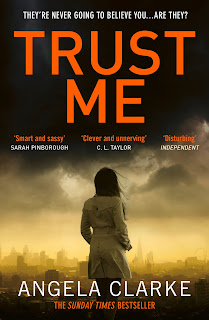 Angela: I’m the same. I don’t usually get dressed when I’m on deadline – it’s a waste of valuable typing time. That sounds unhinged, saying that. Right. That’s it. I’ve decided we work too hard. We need a break… maybe. Who keeps you going, like, who inspires you?

Casey: She's such an inspirational woman. Not only because of the huge success she's had in her career but also because she's extremely supportive of other authors too. I first read one of her books when I was just fourteen and to say it was an eye-opener would be a huge understatement. I'd never read anything so gritty and captivating before and from then on, I was completely hooked on her work. Total Fan girl.

Angela: We need those people though, those ones that inspire us and make us try harder. I’ve got a raft of people who inspire me, from good friends, to family members, to people I’ve never met. I’m gonna say Hilary Mantel, in terms of writing. I’ve got a quote from her taped above my desk. It says: “The inner process, the writing life, it doesn’t change at all. Every day is like the first day, it’s like being a beginner. There’s no time for complacency. You need to be extending your range all the time.” I try to live by that.

Casey: Do you extend your range when it comes to research, too? The research that you've done for the Social Media Murder series must have lead you to some pretty harrowing, graphic experiences from the real-life victims of the similar crimes that you have covered in your books. Do you ever get nightmares about the subject matter that you cover? Has any part of your research really stayed with you?

Angela: Yes, I’ve had moments where I’ve researched, and in some cases witnessed, some dark things (online). After I just need to be alone with my thoughts. It’s a lot to process sometimes, what humans are capable of. You feel like you need to emotionally recharge, before you can pick work back up and get on with it again. You know what I mean?

Casey: A hundred percent. When I wrote The Taken, I did a lot of research on The Jungle - the migrant camp in Calais and people trafficking. There was a lot happening at that time in the press too and some of the stories about what people endured to escape from countries they were fleeing from, and some of the things that they'd encountered on their journey were just unthinkable. The most harrowing moment for me was seeing the image of the little Syrian boy, Alan Kurdi, when he was found washed up on a Turkish beach. Utterly heart-breaking. That still haunts me now.

Angela: That poor boy. His poor family. And all the other faceless and nameless ones who’ve gone through similar things. I feel that writing fiction is often another way of bearing witness. It’s the old thing about crime fiction holding a mirror up to society. Yes, it’s an entertaining medium, but I can’t help but try and slip a few flags in there to try and make people think. Like exposing the ways in which social media dissects with misogyny. It’s a theme that reoccurs in my work. That and how we ought to behave better online. Someone said to me, you shouldn’t post anything online you wouldn’t be willing to shout in the middle of a packed bus, and I think that’s a pretty good guide.

So, what’s next? The Betrayed is out this week, isn’t it? 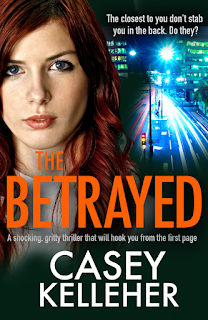 Casey: It is! And I'm back to doing what I love, focusing on the female characters and their roles in the notorious crime family. Colleen and Nancy are incredibly strong characters and can be just as ruthless, if not more so, than their male counterparts.

Angela: I love that! I’m all about the strong ladies. Though Nas is quite a straight-laced cop, she’s still a total badass. And Freddie’s just off the scale. She’s ended up working alongside the police, but has never made any alterations to her character or actions: she does what she believes to be right. And consequences be damned. Do you reckon Colleen and Nancy would get on with her and Nas?

Casey: Colleen and Nancy couldn't be more different from Freddie and Nas! They’re from completely different worlds. The Byrnes family don't let anyone in. They don't trust anyone, not even their own.

Angela: I think Freddie and Nas have a sisterly relationship, the way young women in their twenties often do. They’re tied together in so many ways, despite their differences. They bicker constantly, but if anyone else dares say a word against the other, they’ll be the first to defend them.

Casey: Do you want another drink?

Angela: The answer to that question is always yes. Let’s do it!

The conversation then becomes somewhat blurred around the edges, so to find out the rest you best pick up our books…

Trust Me (Avon) by Angela Clarke is out now. The Betrayed (Bookouture) by Casey Kelleher is out now. Click the links to purchase from SHOTS AStore at discounted prices! 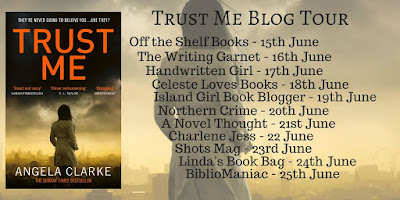