The Return of Piero Trotti by Tim Williams 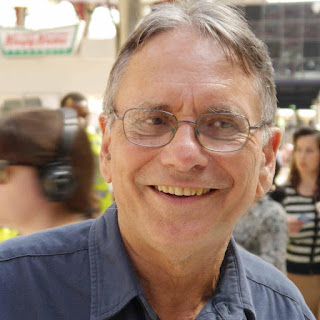 Someone must have once said somewhere that 'literary are the uses of adversity'. On two occasions I have taken my employers to court. Neither experience was one I enjoyed yet over the years both have had a literary pay-off.

In 2010 pupils told me how the headmaster in the high school where I taught in the French Caribbean was striking pupils and making inappropriate remarks of a sexist and racist nature. I informed the then judicial and educational authorities - and from that moment until my retirement, those authorities did everything to make my life miserable. I don’t think the police ever actually looked into the signed witness statements I submitted. The headmaster was given a golden handshake and moved sideways into another job where he could earn more but where he could no longer intimidate adolescents.*

I won my case for harassment against the education authority. I subsequently used the idea of an abusive headmaster in a short story published last year's in Sunshine Noir.

Twenty-five years earlier I had made an official complaint against the Italian university where I worked and if today in retirement, I can afford a daily cappuccino and brioche, it is thanks to Piero Trotti of the Italian labour inspectorate and the minute pension that he won for me.  Signor Trotti won my employment case but I was forced to seek work outside Italy. I was in Barcelona when Aldo Moro was kidnapped and murdered. This murder serves as the background to Converging Parallels, my first novel to feature the dour police inspector, Piero Trotti. Over the following years I wrote five more novels. The most recent, The Second day of the Renaissance is being published by Soho Press of New York in May 2017.

The first five novels are set in northern Italy during the Years of Lead and the dying days of the First, highly corrupt, Republic. In his sixth outing, Piero Trotti, now retired, travels to Rome for the wedding of a ex colleague and on the journey south he learns that a mafia hit man wants to kill him. Almost against his will, Trotti finds himself caught up in the cold case of Valerio Gracchi's murder several years earlier.

In my novel, the character Valerio Gracchi is based upon the true-life journalist Mauro Rostagno.  After having read Mauro Rostagno's biography, I knew I had to write a novel around his life and death. When Mauro Rostgono was murdered in Sicily in 1988, the police had five possible motives for the killing with five  potential culprits. Rostagno could have been killed by companions from his political days at university in Trent or by his estranged wife. Perhaps it was a disgruntled addict from the commune he ran; or possibly the partner with whom he had created the commune in Sicily. And of course, it could have been the Mafia in Trapani province.

In the event, the true assassins of Mauro Costagno were not identified until twenty-three years after his death; in 2011 two crime bosses in western Sicily were sentenced to life imprisonment.

For literary reasons I adopt a different motivation and a different culprit for Gracchi's killing yet it is my hope that the novel gives a fair picture of Italy in the mid 1990's. The First Republic is dead, now buried by the scandals of Clean Hands. Berlusconi has come to power but, as everybody knows, in Italy nothing changes - plus ça change, plus c'est la même chose.  The years have made Piero Trotti cynical and the old, retired flatfoot has no illusions; he simply knows that with a killer after him, he needs to protect his family and himself.

The Second Day of the Renaissance by Tim Williams published by Soho Press.
Commissario Piero Trotti has eased into an agreeable retirement after spending decades working in an unnamed city on the River Po. But his new found peace is cut short when a former colleague calls him to Siena with chilling news….a known hit man has returned to Italy to kill him. As he flees across Italy to escape his pursuer, Trotti must acknowledge an unpalatable truth – his errors and failed gambles over the years have left the indelible stain of innocent blood on his hands. Although tormented daily by his mistakes, Trotti now has to contend with a very real threat, a would-be assassin who is hell bent on retribution.

More information about the author can be found on his website.