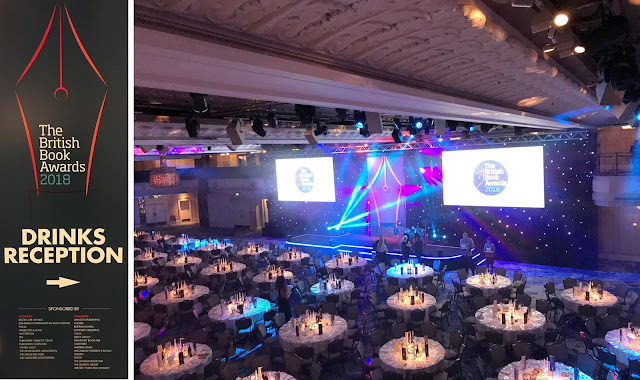 I was delighted to be asked by The Bookseller to sit on their 2018 judging panel, to help evaluate the best in Crime and Thriller for the 2018 ‘Nibbies’ [aka The British Book Awards]. As an advocate for the biggest selling fiction genre in the UK, how could I refuse?
The British Book Awards are organised by The Bookseller and after our reading, the judges met up at London’s Groucho Club, where the debating continued until the various judges agreed to the winners. 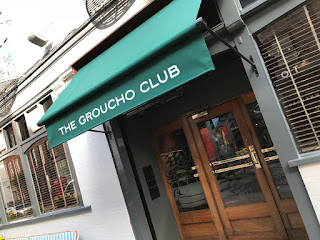 And soon, I found myself dusting down my tuxedo and heading into London, for the awards, hosted at London’s Grosvenor House Hotel opposite Hyde Park, in Park Lane. I often attend events and meetings in this part of London; and when I do, I have found the services of a rather fine hotel that is reasonably priced (for this area of London), and is anonymous - but is a 30 minute walk along the Bayswater Road from The Grosvenor. 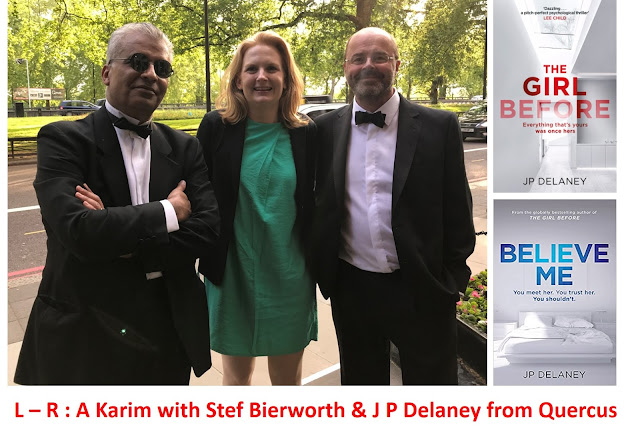 This was my first time as a ‘nibbie’ judge, and the first time I found myself at the British Book Awards, and what a splendid event, for there is comfort to be in the company of fellow bibliophiles, many of whom I’ve known for more years than I would admit to without my lawyer present.

The main themes of the evening (talking points) were, Axel Scheffler when receiving Illustrator of the Year Award, gave a most passionate and personal speech about his horror of the so-called Brexit. Pan Macmillan have kindly uploaded the speech HERE 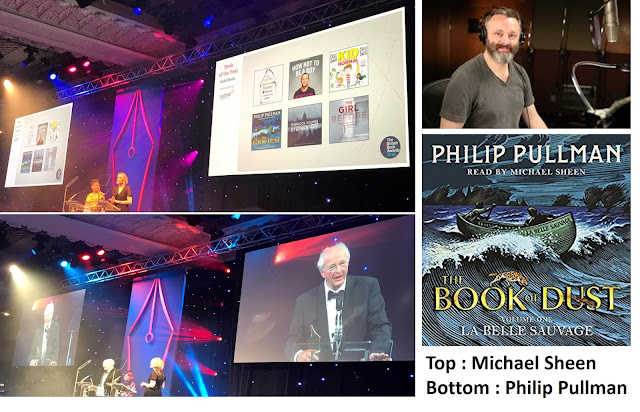 Later Philip Pullman mirrored Axel’s thoughts with his acceptance speech for Author of the Year, and received a standing ovation as Lee Child presented him with his award, which we recorded here –

Though the Oliphant in the Room, was debut novelist Gail Honeyman, with her novel ELEANOR OLIPHANT IS PEFECTLY FINE, winning several awards, and here she is on the podium –

The Full Results are available from the Bookseller HERE who have shared photos of the evening. 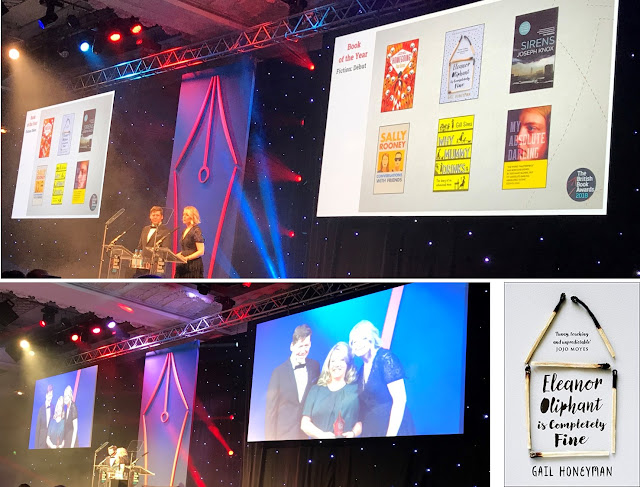 Though the moment when legendary publisher Tim Hely-Hutchinson was honoured at the end of the evening was poignant, and we captured some video >

So after thanking my hosts from The Bookseller, it was time to head off to my hotel.
I walked back purposefully, working off the dinner and the excesses of my Gin consumption from tonight’s British Book Awards. As I traversed the Bayswater Road, I felt like a swarthy version of Ian Fleming’s aristocratic Secret Agent, complete with Tuxedo and a purposeful gait, in my stride. 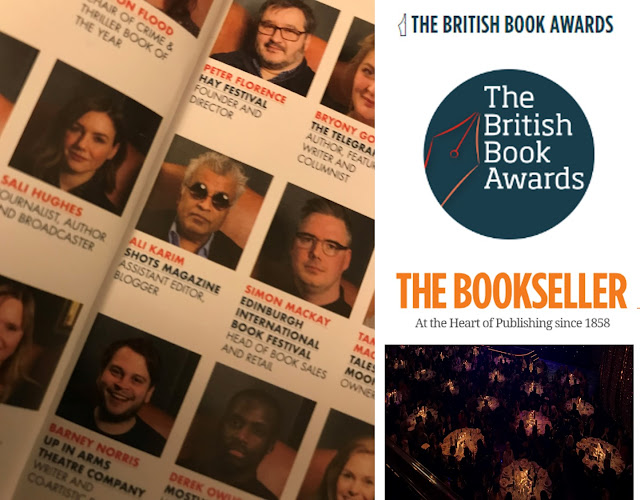 I reflected upon a most enjoyable evening bumping into people I’ve known for many years. Though I’m principally known for my obsessive interest in Crime & Thriller, the Nibbies (British Book Awards) however cast a much wider net, taking in all sectors of British Publishing. 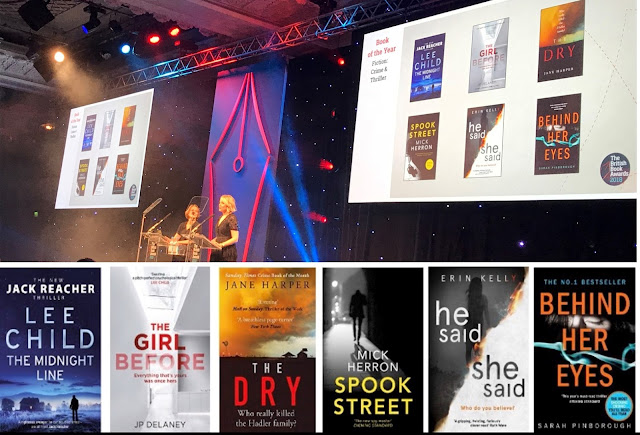 As I walked along the Bayswater Road, I thought about espionage fiction, and the judging for Ian Fleming Publications and the Crime Writer’s Association, with the Steel Dagger. As I walked in the early hours back to my Hotel, I smiled thinking of John Le Carre’s The Spy Who Came in From the Cold, which the CWA awarded “The Dagger of Daggers” in 2005 – see here
Though dressed more as James Bond; Bayswater reminded me of George Smiley and of course Alec Leamas, as John Le Carre once described the semi-Soviet anonymity of Bayswater: “They walked to her flat through the rain and they might have been anywhere — Berlin, London, any town where paving stones turn to lakes of light in the evening rain, and the traffic shuffles despondently through wet streets.”
Read More Here about the anonymous spies in London, and where they reside. 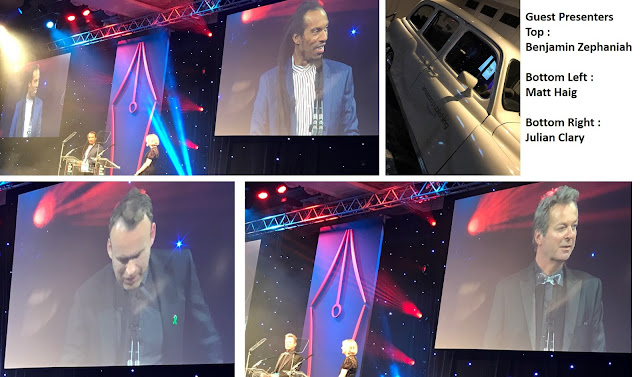 When I arrived at my anonymous hotel, just off the Bayswater Road, but before Notting Hill, I looked in the mirror recalling one question that made me ponder.
Over dinner I got talking, and was asked “……so why do you enjoy Crime & Thriller Fiction so much, it can’t be healthy for the mind, the volumes you read?’

I smiled like Tom Ripley “....because it relaxes me, it calms me and makes me think. I find the more disturbing, the better, and therefore the more calming...” I replied laughing.

Sometimes we need distraction, at other times Crime and Thriller Fiction makes us think, and realise how fortunate we are, compared to the very worst that this reality has to offer. Pick up a newspaper if you wish to challenge my thinking.

Later, my assertion was reinforced by writer Matt Haig who was one of the award presenters, for he thanked those in publishing for the help they give, because reading is good for our mental well-being.

I winked at my colleague who had enquired at my obsession with Crime & Thriller Fiction, gesturing at Matt Haig

It might sound a bit weird, but reading does help us manage reality, for as Stephen King once said ‘life is not a support system for the arts, it’s the other way around’ 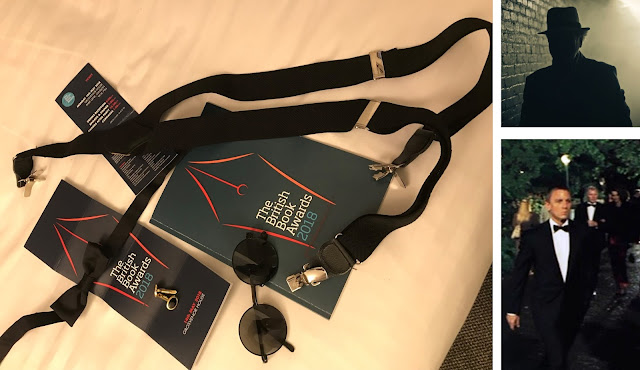 And a tip of the hat to Crime Writer Cathi Unsworth, for spotting the reason why I stay just “off the Bayswater Road” 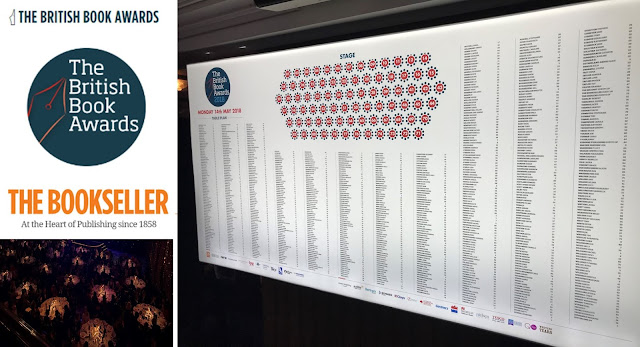