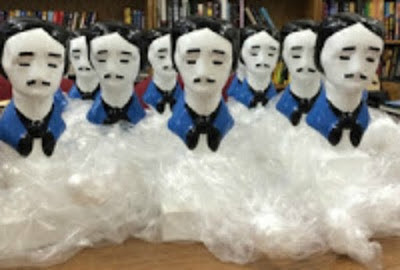 The 2020 Edgar Awards have been announced online by the Mystery Writers of America.

The full list of nominations can be found here.

The winners of the awards are as follows as they were announced.


BEST SHORT STORY
“One of These Nights," from Cutting Edge: New Stories of Mystery and Crime by Women Writers by Livia Llewellyn (Akashic Books)

Congratulations to all the winners and nominated authors.
The Edgar Awards, or “Edgars,” as they are commonly known, are named after MWA’s patron saint Edgar Allan Poe and are presented to authors of distinguished work in various categories. MWA is the premier organization for mystery writers, professionals allied to the crime-writing field, aspiring crime writers, and those who are devoted to the genre. The organization encompasses some 3,000 members including authors of fiction and non-fiction books, screen and television writers, as well as publishers, editors, and literary agents. For more information on Mystery Writers of America, please visit the website: www.mysterywriters.org
Posted by Ayo Onatade at 18:00