An Audio Exclusive that didn’t fall ‘Far from the Tree’ 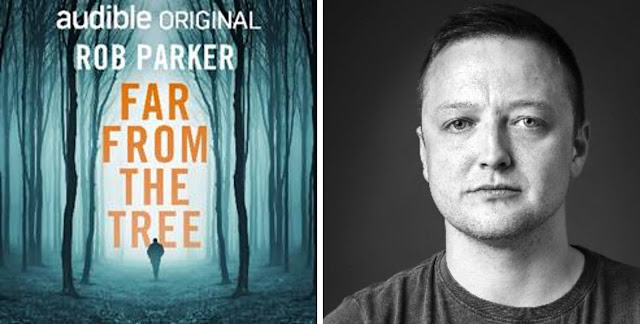 As big fans of audio thrillers, Shots Magazine were excited to read that crime writer Rob Parker is penning an intriguing trilogy commissioned by Audible Studios.

The first title, Far from the Tree, will be released exclusively in audio on 2nd July 2020. Publication dates for the next two titles will follow in due course.

Set in Warrington, Far from the Tree follows DI Foley, who finds himself in charge of one of the largest murder cases the country has ever seen. Twenty-seven bodies are found buried in a woodland trench, as the discoveries unfold, DI Foley must decide whether to solve the crime if it risks his family.

Parker commented: "To be able to write a crime trilogy set in the area I grew up in — an area which doesn’t receive much limelight or exposure — is a real delight, and I’m supremely thankful to Audible for giving me this opportunity. I’m taking this chance with both hands and aim to repay their faith in spades and I’m determined to show you ain’t seen nothing yet."

Read More from the Bookseller HERE

Audible UK are to be applauded for the support they provide the crime and thriller fiction genre, especially as the importance of audiobooks increases within publishing. They commission new work such as the pseudonymous Alex Callister’s thrillers and supporting the genre, including sponsoring one of Crimefest’s annual awards.

After listening to the start of this trilogy by Rob Parker, it came as no surprise to discover that Far from the Tree is July’s Audible thriller of the month.

So, what’s in store?

Brendan Foley has worked to balance the responsibilities of a demanding job and a troublesome family. He’s managed to keep these two worlds separate, until the discovery of a mass grave sends them into a headlong collision. When one of the dead turns out to be a familiar face, he’s taken off the case.

Iona Madison keeps everything under control. She works hard as a detective sergeant and trains harder as a boxer. But when her superior, DI Foley, is removed from the case, her certainties are tested like never before.

With stories of the Warrington 27 plastered over the news, they set out to solve the crime before anyone else. The local constabulary is small and under-funded – Brendan knows they can’t crack this case alone, and he’s not letting a rival force take over. Not with the secrets he fears are lurking. Their investigations lead them into the murky underworlds of Manchester and Liverpool, where one more murder means little to drug-dealing gangs, desperate to control their power bases.

But as Madison steps into the ring for the fight of her life, the criminals come to them. It’s no coincidence that the corpses have been buried in Foley’s hometown. The question is, why? Foley might not like the answer....

Not to be confused with the legendary creator of the Boston based Spenser and Hawk series, penned by the legendary Robert B Parker; the British Robert Parker, better known as “Rob” to his growing band of readers [and now listeners] hails from the British North West, where his acclaimed Ben Bracken thrillers are set - A Wanted Man, Morte Point, The Penny Black, Till Morning Is Nigh and the standalone post-Brexit country-noir Crook’s Hollow. A member of the Northern Crime Syndicate and a co-host of the For Your Reconsideration film podcast, Rob is also a regular voice on the Blood Brothers Crime Podcast. A champion of encouraging literacy and creative writing, Rob spends a lot of time travelling to schools giving talks across the country. Rob Parker lives in Warrington with his family. 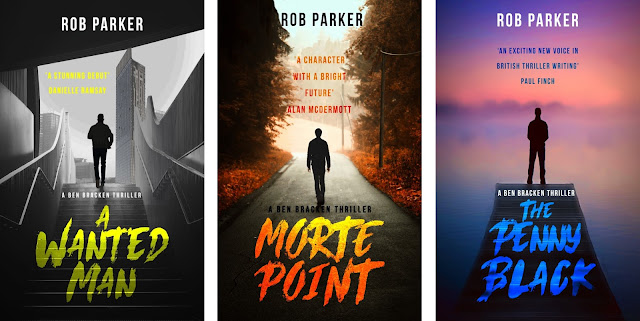 Far from the Tree is the first in a trilogy, and narrated by actor Warren Brown. Currently he can be seen as 'Sergeant Thomas 'Mac' McAllister' in the highly anticipated reboot of the Emmy-nominated action series, Strike Back, for Sky/HBO Cinemax. Other television credits include Doctor Who, Liar, X Company and RTS Best Drama winning, Good Cop. Film credits include Cargo, Captain Webb and The Dark Knight Rises. Audio drama for Big Finish include multiple series of Doctor Who, U.N.I.T. and the standalone Audible series Transference. Through this former Thai-Boxer, is probably best known for his role of “DS Ripley”, in the BBC series Luther, co-starring with Idris Elba who plays the eponymous [and troubled] detective.

For the crime-fiction geeks a little digression –

Luther is written by Neil Cross, and when I interviewed him several years ago [for Jeff Peirce’s THE RAP SHEET] about his own writing, I indicated that I felt he had read the works of Patricia Highsmith..………

AK: I’m guessing you must have read Patricia Highsmith, then.

AK: [Laughing] So am I. I am totally obsessed with her Tom Ripley books. In fact, I have what my wife terms my white “Tom Ripley suit.” Coincidentally, a number of critics have described your first novel, Burial, as being distinctly Hitchcockian. And it was Hitchcock, of course, who made a movie from Highsmith’s 1950 debut novel, Strangers on a Train.

NC: Yes, there’s a psychological marriage between Hitchcock and Highsmith; they suit each other very well.

AK: So, going back to Highsmith, is it just her Tom Ripley novels that you enjoy, or do you find pleasure in her other amoral tales?

NC: I’ve read many of her books and short stories, though not all of her canon, and of course there are a few that are just not up to her best work. But one non-Ripley novel that sticks to my mind is Cry of the Owl [1962], which features a woman who falls in love with her own stalker. It would barely be publishable today, but in Highsmith’s world it makes perfect sense.

AK: The weird thing about Patricia Highsmith was that she was highly acclaimed in Europe, but rather less so in her native America; in fact, she lived for many years in the UK before making Switzerland her home. Maybe Tom Ripley was the precursor to Dr. Hannibal Lecter, the amoral, but charming psychopath/sociopath--the sort of figure who doesn’t settle as well in the American psyche as he does in the European one.

NC: That links to my theme of “free will exercised as sin,” [something that] must be punished. And Highsmith just doesn’t punish, she observes; in fact, she was known to sign books as Tom Ripley from time to time. 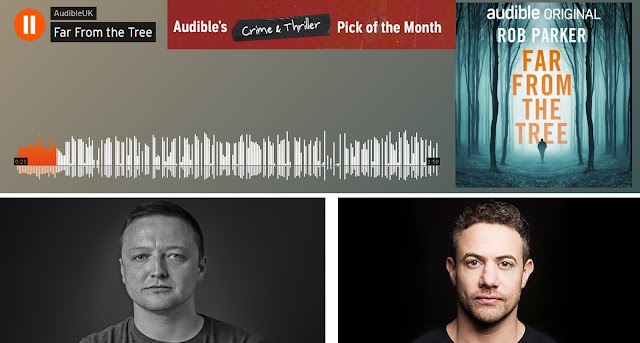 So with Warren Brown narrating Rob Parker’s FAR FROM THE TREE, what’s not to like? If like me, you are an Audible Member [on the £7.99 / month deal, which allows you one audio credit per month], you can have the start of the trilogy for just one credit – or for non-members it’s £21.41 – More information CLICK HERE

‘Working with Audible has been both a joy and a game-changer. I’m honoured and thrilled to have their faith with this canvas on which to tell a much larger, more complete story than I could ever have dreamed previously. Not only this, but to be able to write a crime trilogy set in the area I grew up in - an area which doesn’t receive much limelight or exposure - is a real delight, and I’m supremely thankful to Audible for giving me this opportunity. I’m taking this chance with both hands, aim to repay their faith in spades and I’m determined to show you ain’t seen nothing yet.’
Rob Parker

"...A big departure from Rob’s previous work, I hope he won’t mind when I say it exceeds his already sky high standards. A dark, powerful & utterly compelling tale of Northern gangsters tied together by blood, it just drips with real life."
Tony Kent

For more information on the work of Rob Parker – CLICK HERE