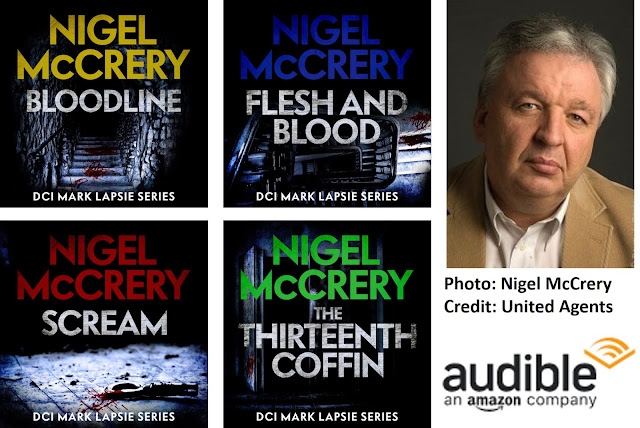 With the Lockdown about to enter another month [with relaxation of some of the criteria], many of us look for methods of escape from the ubiquity of this COVID-19 situation.

At times, reading for long periods becomes difficult due to latent anxiety about our future. Sleep becomes elusive as the nights become long; and when all that appears relevant is this weird virus in our midst.

I have found immersive thriller fiction to be one method of escape in these surreal times; especially when addictive narratives are read to us via the Audible platform.

Audible features many excellent crime and thriller narratives, and supports the genre, including sponsoring one of Crimefest’s annual awards.

There are currently four books in the series, with Scream being the latest release –

A woman screams in pain. Twenty-seven times, until she dies. The sound file was sent to DCI Mark Lapslie from an anonymous email address. Why is she screaming? Why would someone record that horrifying noise? And why send it to him? He soon learns that the file was sent from the hospital where he is being treated for synaesthesia - a neurological condition that cross-wires his senses so he tastes sound - and where his new girlfriend works.

When a body is discovered, the most shocking murder scene Lapslie has ever encountered forces him to realise there is a violent killer out there, a killer whose method of choice is torture. Will Lapslie find the killer? Who will have to die before he does?

The preceding novels [available on Audible] are – 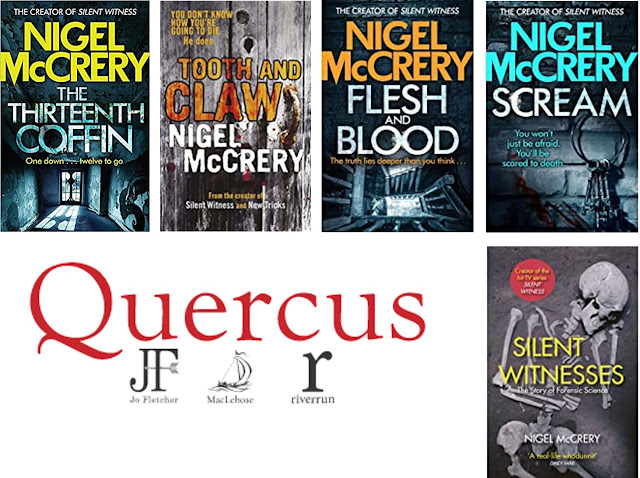 Nigel’s novels are available in paper and eBooks from Quercus Publishing HERE as well as Audible.

For many the name Nigel McCrery will be familiar from his screenwriting work [Silent Witness, New Tricks et al], though this former policeman’s crime-fiction is well worth exploring, especially when locked-down, and an immersive distraction is required.

Nigel gave a revealing interview to the Daily Mail in 2008 –

'I worked as a lorry driver, a bar tender and even a hospital orderly shaving pre-operative patients. In 1978 I applied to join the Nottinghamshire Constabulary. I didn't do it to solve crime, I did it because I wanted to be middle class,' he says bluntly.

'My dyslexia didn't help. I had to take statements home and correct them with a dictionary. Can you imagine doing that now?

'I enjoyed my years in the force but there were tough times. At the height of the miners' strike when I had a new baby and an exhausted wife (he married Gill in 1976), I asked to be assigned away from the picket line.

'Soon afterwards I found an empty bottle hanging from a noose in my locker. There was a note with it which read, "We've left you this because we heard you'd lost yours..."'

He quit the force in 1987 after injuring his back, but his nine years in uniform would later give him the material he needed to create Silent Witness.
He would base its protagonist, forensic pathologist Sam Ryan, on Professor Helen Witwell with whom he worked in Nottingham.

His years on the beat would also give him the idea for New Tricks - born out of a chat he had with a detective who'd been assigned to a squad dealing with cold cases.

For more information on what’s available from Audible > CLICK HERE