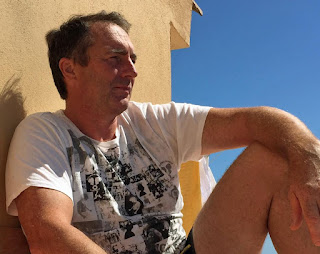 No Signal is the second book in the iMe series, and is set a year after Proximity introduced the world of iMe, where crime is eradicated and your health is managed through embedded technology.


No Signal’s crime thriller plot is extended with the politics, technology, religion and the environment of tomorrow.

Crime Fiction as a lens
It’s often stated that crime fiction is an effective lens through which to view contemporary society.

While it is true that crime fiction allows the author to put political issues and ideology into their characters’ lives, readers of the genre have an expectation that they will be entertained. In a plot-heavy crime story where the detective is racing against time, is it plausible that they are, for example, mulling over the claims and counter-claims around the environmental crisis? Or are they going to be worrying about who the killer is?

Inspiration
Technology, and especially emerging technology can provide vast possibilities for story lines. A writer can look at an existing technology and explore its impact on the book’s characters, or extrapolate into future technology and future worlds.

Any book’s era frames it and the technologies and politics have to match the period. Obviously, in an historical crime story there can be no wristwatch for your roman gladiator. Crime writers setting their stories in the contemporary world have to have plausible reasons for a mobile phone to be flat or left at home.

As with a crime thriller that puts too much emphasis on politics, a technology-based story has to get the balance right so that the reader understands the technology, but is entertained by the plot and not swamped by the detail.

The hacker and the evil corporation
Of course, hacking takes place, and it makes plotting easier to write a hacker character who can break into every system and do anything, but IT companies invest millions in firewalls and other defences. Even if your hacker can get in and make a change to some software code, companies have complex version control systems that let them see any changes that are made. They can rollback to a specific point in time or version, or restore an off-site backup for both code and data. Like the research and accuracy challenges that authors face with forensics or police procedure, technology and technology practices need thorough research to be plausible.

The evil corporation plot is very common, but I would argue that, even in a technology setting, a reader will relate to the issues more if the motives are personal. Getting two protagonists to argue about the pros and cons of a technological or political stance allows the underlying social impact to be drawn out but keep the story moving.


But doesn’t all that technology make it science fiction?

A smart phone, Apple watch, or wearable fitness tracker would look like sci-fi to someone from the 1980s, and when you start researching for story ideas, it’s amazing what is already available today: robotic contact lenses that react to eye movement; the use of microprocessors in the control of some prosthetic knees; implantable devices that aim to be personal blood labs.

Try typing ‘body augmentation technology’ into a search engine and prepare to be inspired. 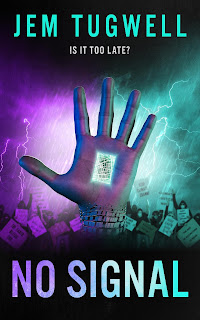 Any technology that is used has a social and political impact. Just look at how smart phones have changed the dynamics of groups in a restaurant. How much communication is between the people physically there, and how much time is devoted to screen time and communicating with virtual friends?

When the author pushes technology into a different use or timescale, a new set of future political issues can be explored.

Only as technologies evolve and are fully embedded will we see their true political and social impact. Until then it’s left to fiction, like No Signal and the world of iMe, to imagine what might be and explore our future today. 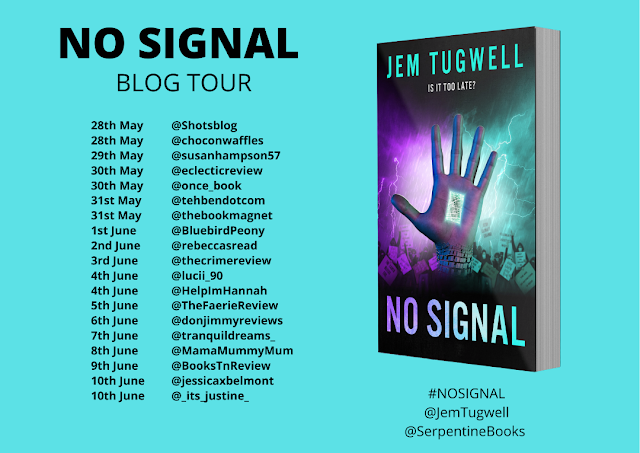 No Signal by Jem Tugwell (Serpentine Books)
Can a game change the world? The Ten are chosen - they are reckless, driven and strong.  They are tested. Ten become Four. In a country where everyone is tracked, how can the Four hide from the police? DI Clive Lussac hates the system that controls everything, but he's ill and it's helping him.  He must decide; conform or fight. As Clive's world unravels, he and his partners DC Ava Miller and DS Zoe Jordan can't believe the entry  price to the game. They strive to answer the real questions. Why does the ultimate Augmented Reality game has four different finishes? And how is a simple game wrapped up in politics, religion and the environment?
Posted by Ayo Onatade at 06:00