Many libraries are struggling during the pandemic restrictions, so it's more appropriate than ever that the Crime Writers' Association (CWA) should champion them through its annual award, the Dagger in the Library.

The world-famous CWA Daggers have been synonymous with quality crime writing for more than half a century. Only library staff can nominate authors for the CWA Dagger in the Library. Nominations are open until February 26, 2021 and up to three members of staff from each UK library can nominate.

The award not only recognises a writer whose books are frequently borrowed and enjoyed in libraries nationwide, but who also works to support libraries. Previous winners include Martin Edwards, Elly Griffiths, Mari Hannah and Kate Ellis.

Strengthening its work to highlight the importance of libraries for readers and writers alike are the CWA’s two Library Champions, crime novelists Priscilla Masters, covering England and Wales, and John Dean, Scotland.

John Dean said: “As Library Champions, we want to raise awareness of the value of libraries and their staff, and shine a spotlight on their importance.”

All genres owe a lot to the work done by libraries, but crime fiction is the most borrowed with authors such as Lee Child, M C Beaton and James Patterson dominating the Top 10 most borrowed lists.

The CWA is not only encouraging librarians to nominate authors for the annual Dagger, but to register with them so they can keep informed of relevant work and developments.

The Library Champions will be linking libraries who want crime writers as speakers, or to feature in events, with authors in their area and encouraging library users to become part of the Crime Readers’ Association.

Priscilla Masters said: “The role of libraries in helping crime writers to raise their profile is invaluable. They go far beyond just lending books. During National Crime Reading Month – a CWA/CRA (Crime Readers' Association) initiative – and throughout the year they hold talks and panels with authors and promote their work as a result.” 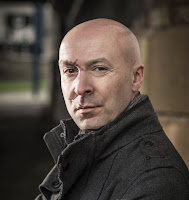 Chris Brookmyre, who won the CWA Dagger in the Library 2020, acknowledged the importance of libraries: “One of the great pleasures and privileges of this job is doing library events, where I find many of the warmest and most receptive audiences. It is one of the things I have missed most during the pandemic, which makes it particularly gratifying this year to feel the warmth from libraries reflected in this way.”

The Library Champions will also speak out in support of libraries in a non-political way when they are threatened by closure and cutbacks, something which is of increasing concern as local authorities confront tight budgets and financial pressures caused by Covid-19.

Library staff can go https://thecwa.co.uk/libraries to register with the CWA. Staff can nominate authors for the CWA Dagger in the Library at: https://thecwa.co.uk/cwa-dagger-in-the-library where they’ll find a list of eligible candidates drawn up by the CWA, and a short online form.

Quotes from Dagger in the Library Winners -

‘I'm really thrilled and honoured to have been awarded the CWA Dagger in the Library. The fact that the winner is decided by the nation's library staff makes it particularly special as I have loved and supported libraries for as long as I can remember. The thought of all those thousands of readers in libraries enjoying my books is so wonderful and rewarding.’ 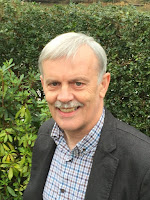 ‘Receiving this award is a tremendous honour, and one of the great thrills of my writing career. Libraries have always played an important part in my life, both as an author and as a reader, and it’s absolutely right that the CWA should celebrate them, just as libraries celebrate authors and their work. I’m a huge admirer of the contributions made by libraries and their tireless staff, not only to local communities but also to society as whole. Our libraries are invaluable, and they are a treasure we must prize.’

‘It’s been quite a journey! I’ve been a member of the Crime Writer’s Association since 2011. I joined on the recommendation of my agent and authors I admire. I can remember how excited I was. This was the day that I was no longer aspiring, but an actual author linked through the association to writers who gave me inspiration, top names of international, multi-award-winning status. I’d finally arrived. Fast forward to the Dagger in the Library 2017. To receive this award is such an honour so early in my career. I’m still pinching myself! It means so much because, in the early stages, it was librarians and readers who voted me onto the longlist. I’m thrilled!’