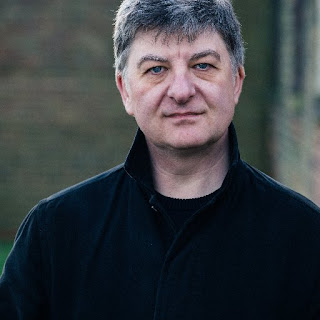 Nick Triplow reflects on his biography of Ted Lewis, author of the novel Jack’s Return Home, adapted and directed by Mike Hodges as Get Carter in 1971, and how the noir fiction pioneer continues to inspire Hull’s crime fiction festival.

In the introduction to Getting Carter: Ted Lewis and the Birth of Brit Noir, I wrote about the ‘ambiguities, complexities, mysteries and half-remembered fragments’ in Lewis’s story that I’d learned to reconcile. While I still avoid the temptation to neaten loose ends on his behalf, occasionally a new lead is too tempting to turn down.

In September 2018 – a year after Getting Carter was first published – I was contacted by a friend of the Lewis family (I’d use her name, but she asked me not to). She’d been Ted’s typist in his later years and recalled his return to Barton upon Humber and the request, relayed via Lewis’s mother, that he needed someone to help with his writing. Would she be interested? Between 1977 and 1979, she typed the last of three Z-Cars scripts, the unmade Thirteen Women screenplay, and the novels, Jack Carter and the Mafia Pigeon and GBH. Knowing Lewis was a notorious last-minute merchant, I asked about their routine. Some days, she remembered, he would write at home before the pubs opened; often he’d occupy a stool at the end of the bar in the Red Lion, the Blue Bell, the George, or the Volunteer Arms, drinking and writing in a cloud of cigarette smoke, closed off from the world around him. He finished the manuscript for GBH in six weeks, writing by hand, having the day’s pages collected for typing, expressly forbidding change or correction. Errors and omissions made in typing up Lewis’s blue biro manuscript found their way into the printed version, finally remedied in the Soho Press edition of the book in 2015.

Last year’s UK publication by No Exit Press prompted a critical revision that recognised GBH, reissued with the first post-Carter novel, Plender, as an overlooked noir classic (astounding that it’s never been filmed). That Lewis wrote it in six weeks shouldn’t have come as a surprise; he was capable of great bursts of creative energy, yet somehow it still magnifies the achievement. By 1979, he was unwell, coping with diabetes and the effects of alcoholism. Taking himself to the places GBH inhabits demanded commitment to the depths of his own imagination and experience. This is the book about which Derek Raymond, himself no stranger to darkness, wrote, was ‘a novel as direct as it is stunning … which never relaxes its grip for a paragraph … an example of how dangerous writing can really be when it is done properly.’

Reflecting on Getting Carter in the run up to the paperback publication, it struck me how much this had been a one-time only project. I was lucky to have friends and associates on the record, sharing their memories in a way that’s no longer possible. Lewis’s friend and fellow Yellow Submarine animator, Gil Potter, died in 2014. His former literary agent, Toby Eady, died at the end of 2017. Snippets and rumours have subsequently come to light, but that’s all they are. An abandoned project for Lewis to write a novel based on the life of bank robber turned supergrass, Bertie Smalls, is unverifiable and likely to remain so. 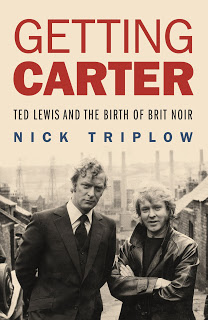 Of the other recent finds, The Evening Train is a story Lewis published in the Alexander Butterfield ad agency’s house journal in February 1966. Previously undiscovered, it’s a typical autobiographical snapshot that tells of a rail journey from Kings Cross to Grimsby and a violent argument with a zip-gun toting Grimsby deckhand over a card game. There’s a glimpse of post-Carter celebrity with Ted and his wife Jo Lewis’s interview in the Daily Express in 1971, which bore the headline: WHY JO IS WORRIED ABOUT HER GENTLE HUSBAND. Jo explains how she can’t stop watching her husband’s every move to assure herself he isn’t adopting his characters’ faults. Given that he’d just published the pornographic blackmail thriller, Plender, her concern is well placed.

In a recent radio interview I was asked, did I like Lewis? (File alongside: Is this a labour of love?) Both legitimate questions, but what’s important now, as it was when Getting Carter was first published and at every point when piecing the story together seemed daunting and unreachable, is vindication of the importance of his writing. Get Carter and GBH are great noir novels, acclaimed now as landmarks in post-war fiction. Plender, Billy Rags and Jack Carter’s Law are exceptional crime novels in their own right. Lewis is no longer regarded as the Barton lad who’d done well, ‘who wrote that film with Michael Caine.’

Back to the present and the themes and ideas in Lewis’s writing are at the forefront of our thinking as we look forward to the second Hull Noir festival, a virtual gathering of the crime fiction clans in the city where he came of age. With co-organisers, writer, Nick Quantrill, and publisher, Nikki East, we’re thrilled to talk about the importance of his work in creating a crime fiction for the north, for the Humber, and all those ‘unfashionable’ places we visit now as readers. To that end, we’re showcasing the best of regional and internationally-recognised writers of crime and noir fiction and celebrating Get Carter’s 50th anniversary with a pint or two – in a thin glass.

Nick Triplow is the author of Getting Carter: Ted Lewis and the Birth of Brit Noir, published by No Exit Press, which is available now in eBook and published in paperback on 20 March. Copies can be ordered via this link.

Triplow is also co-organiser of the Hull Noir Crime Fiction Festival, which will be held on Saturday 20 March. Tickets to this year’s free virtual festival can be booked via hullnoir.com

More information can be found here.