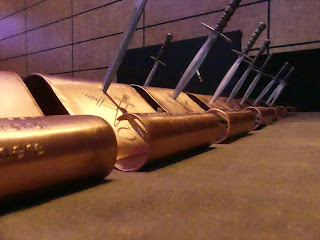 The deadline to enter the most hotly contended competition for aspiring crime novelists is fast approaching.

Aspiring crime novelists have until the end of February to enter the Crime Writers’ Association (CWA) Debut Dagger, which is sponsored by ProWritingAid and renowned for opening doors for aspiring writers.

Shortlisted authors often get representation by literary agents, with a number going on to get publication deals.

The competition for the best new, unpublished voices in the genre has helped launch the careers of established crime writers, including M W Craven, who was shortlisted in 2013. Six years later, Craven went on to win the highest accolade for a crime novel, the CWA Gold Dagger, for The Puppet Show. It has been sold in 17 foreign language territories, and TV rights have also been sold. He ascribes much of his success to entering the Debut Dagger, which he said “would go on to change my life”.

Created in 1955, the Daggers are the oldest and most regarded awards in the genre, and for over two decades the CWA has been encouraging new writing with its Debut Dagger competition for unpublished writers.

The Debut Dagger is awarded every year by the CWA for the opening of a crime novel and a synopsis. Budding authors are invited to submit the opening 3,000 words and a synopsis of the full novel of up to 1,500 words before the competition deadline of 6pm GMT on Monday 28 February 2022. The CWA supplies a mini Criminal Critique service tailored to would-be Debut Dagger entrants which helps writers perfect their novel opening in advance of submitting.

In April, from the hundreds of entries from around the world, around a dozen will be longlisted – announced live at an online event held by sponsors ProWritingAid. Longlisted authors are asked to submit a further 3,000 words from their novel. The shortlist is announced in May at the UK’s international crime fiction convention, CrimeFest. The winner will be announced at the annual CWA Dagger awards ceremony at the end of June.

For full rules, and to enter, go to Competitions on the CWA website: www.thecwa.co.uk. For more details contact secretary@thecwa.co.uk