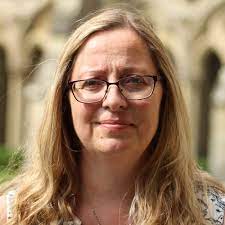 A couple of years ago I had the privilege of interviewing William Shaw and Mark Hill at an author event for my local library. Having read their books, I knew that William had themes in his story but Mark didn’t appear to have any. So I asked if adding a theme was essential for them. Mark had decided to concentrate on his plot and characters for that particular novel, whereas William had looked at the reality of his setting – poverty in seaside towns – and drawn some of that into the story. My debut, Last Seen, took Mark’s approach and I focused on the plot and the characters. For Broken Girls, I looked at the dangers of internet grooming, particularly for teenagers. In my latest DI Bernadette ‘Bernie’ Noel book, Left For Dead, I’ve gone theme mad and explored three areas – violence against women, county lines gangs, and Autism.

I originally wrote the first draft for Left For Dead back in 2018. Obviously, the above themes were important back then but in the last year as I’ve been editing, these issues have come to the fore. The terrible cases of Sarah Everard, Sabina Nessa and most recently, Bobbi-Anne McLeod, have spurred women on to say enough is enough. There was one particular part in Left For Dead that I struggled to write. It’s a scene where DI Bernie Noel and the media officer, Jane Clackett, try to write a press release about attacks on women in Swindon. Bernie is frustrated by the fact that she needs to warn women on the one hand but allay fears on the other, and at the same time, fed up that women have to do anything at all. Thankfully, Wiltshire Police in real life, also felt that frustration and started Project Vigilant this autumn, targeting perpetrators and ensuring women can have a safe night out.

County lines gangs often feature on documentaries such as 999 What’s Your Emergency? and 24 Hours in Police Custody. But I think the best demonstration of this recently was in The Outlaws, Stephen Merchant’s black comedy thriller. There were many layers in this programme but the one that caught my eye most was the story of Christian/Ben. Obviously, he got into huge trouble because he stole money as well as a phone. We, as the audience, focused on the money but it was really the phone that was important. Whoever had the phone or the ‘line’, then controlled the drug supply in that area. County lines is an issue in Wiltshire and Operation Fortitude has been set up to fight it with a lot of success.

Autism is a subject close to my heart as I know quite a few autistic people. I really wanted to have a female autistic officer. Most of my experience with Autism has been with males so I hope I’ve got my portrayal correct. Unlike the armed forces, autistic people can join the police force. Wiltshire Police have a Local Crime Investigator role and I wanted to include that as well. I brought the two together to create LCI Leigh Roberts, the officer looking at the series of attacks. (I’ve used some artistic licence as I don’t think a LCI would investigate a sexual attack on a woman.) But as the attacker has escalated, it’s time for Bernie to take over and she asks Leigh to join her team. I wanted to show how Leigh might find that difficult – a different team to work with in a different building with different hours. Inevitably, all those things would take a toll. But I didn’t just want to show how Leigh might or might not cope, I wanted to look at how Bernie and the rest of the team deal with her. Because that’s the really important thing. It should never be about how a neurodivergent person has to adapt but how a workplace can change to accommodate any special needs. With the right support, Leigh brings a lot to the team and comes up with ideas that no one else has.

Of course, I still have my plot and characters but I’ve discovered that themes can add tone, depth and shadows to a story. 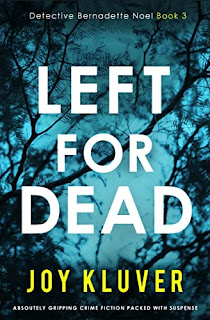 Left for Dead by Joy Kluver (Bookouture) Out Now.

The detective stared at the young woman lying on the bed. She almost looked peaceful, her face like porcelain. Despite everything she had been through, she was still beautiful. When DI Bernie Noel hurries to Keira Howard’s hospital bedside, she knows that Keira has been lucky. Barely conscious and badly injured, at least she is alive. Convinced that Keira’s attack is the latest in a string of increasingly violent assaults on young women in the area, the next victim might not be so fortunate. So she vows to find the man who did this, and to stop him before anyone else gets hurt. Spurring her team into action, she quickly hones in on a prime suspect. But then he suddenly dies while on police watch, and Bernie’s investigation goes into free-fall. When Bernie’s superiors won’t let her take the case any further, her gut instinct tells her there’s much more to his death than meets the eye. If it was murder, who would want him dead, and why? So she determines to set out on her own to find out what happened. But the closer Bernie comes to discovering the truth, the more she is putting her own life in danger. And with Keira finally strong enough to talk her about her attack, Bernie worries she may be at risk yet again. There’s someone out there who has killed to stay safe in the shadows; can Bernie stop another senseless death, and save Keira, before it’s too late?

More information about Joy Kluver and her books can be found on her website. You can also follower her on Twitter @JoyKluver.  You can also find her on Facebook.