A New Detective on the Block by Nadine Matheson 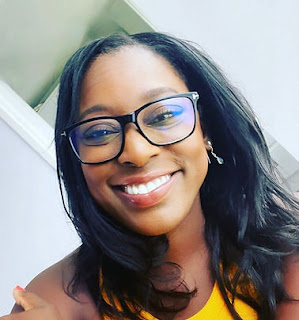 Last year I contributed to the growing list of crime thrillers when my debut novel ‘The Jigsaw Man was published. I’ve been a fan of crime fiction for as long as I can remember and there were many occasions when I would be nose deep in a copy of Patricia Highsmith’s ‘The Talented Mr. Ripley’ instead of studying the required Shakespearean text or Wuthering Heights for my English class. In fact, I may just be a fan of crime in general as in my non-writing life, I’m a lawyer specialising in Criminal Law.

There are two reasons why I’m drawn to crime fiction. The first is that crime thrillers allow us to access to a slice of life that is out of bounds to morally and law complying people. For a brief period, we can indulge in the pages of a crime story and then safely, and maybe self-righteously, close the pages and get on with our lives. The second reason is that I have an innate desire to uncover what motivates people to commit crimes. One of the main reasons why I practice criminal law is that I want to understand what makes people tick and why, for example, someone would murder their next-door neighbour, bury their body in the garden and assume their identity.

It seems almost inevitable that after working in criminal law, for nearly twenty years, and having a love affair with crime thrillers that I would write my own book. There was an expectation that because I work in criminal law that I would write a legal thriller but that wasn’t the specific sub-genre of crime that thrilled me. Police procedurals have always been my first port of call. A police procedural promises the thrill of the chase and pits good against bad. The best police procedurals makes the reader feel as though they’re part of the investigation and isn’t just a passive observer.

My job as a criminal lawyer has never been to prosecute and to prove beyond reasonable doubt that the person standing in the dock is guilty or to put it more colloquially “Bang to Rights”. I’ve always represented those who have been accused of the crime. My job has been to put the prosecution to proof, to find holes in their case and to also defend my client to the best of my ability. Writing a police procedural was a complete adventure for me because I had to switch the gears in my head. I had to put myself in the mind of both a prosecutor and a detective and become the person who was building a case against a suspect, which brings me onto the first person that you meet in my book, The Jigsaw Man, Detective Inspector Anjelica Henley.

Books are the best form of escapism in which we’re able to experience different lives and different worlds, but with certain genres of books i.e., crime thrillers we should be able to recognise our own worlds within the pages. Take a moment right now and think of four fictional detectives. I’m prepared to put money on it that the four detectives that you chose were white males. Like the popular fictional detectives that we know, and love (Holmes, Thorne, and Rebus) Henley is committed and complex, but she occupies a unique place in crime fiction because she is also a Black British woman. Henley takes the lead in her professional life, as a Detective leading an investigation and in her personal life as a wife and a mother. There are not many detectives in crime fiction that look like Henley. In my profession as a lawyer, I’ve lost count of the times that I have sat opposite a female detective of colour in a police interview room. It always seemed strange to me that the stories of these detectives of colour were not being in the books that I was buying.

Too often characters of colour have been relegated to the cliched roles of criminal, victim or supporting role in a story. Fortunately, the last couple of years have noticeably seen a rise in the number crime thrillers books that are written by authors of colour and feature characters of colour in main roles. It’s an amazing feeling to be able to recommend books by Saima Mir, S.A. Cosby, Amer Anwar, Rachel Edwards, Femi Kayode, and myself to readers. My hope is that the name Detective Inspector Henley becomes iconic in crime fiction, and I cannot wait for you to read the next chapter in her story.

The Jigsaw Man by Nadine Matheson. (HarperCollins) Out Now

There's a serial killer on the loose. When bodies start washing up along the banks of the River Thames, DI Henley fears it is the work of Peter Olivier, the notorious Jigsaw Killer. But it can't be him; Olivier is already behind bars, and Henley was the one who put him there. The race is on before more bodies are found. She'd hoped she'd never have to see his face again, but Henley knows Olivier might be the best chance they have at stopping the copycat killer. But when Olivier learns of the new murders, helping Henley is the last thing on his mind . . . Will it take a killer to catch the killer? Now all bets are off, and the race is on to catch the killer before the body count rises. But who will get there first - Henley, or the Jigsaw Killer? 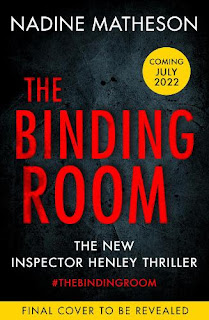 The Binding Room by Nadine Matheson (Published July 2022) HarperCollins.In this room, no one can hear you scream... The Serial Crimes Unit are called in to investigate when a local pastor is found stabbed to death. As DI Henley assesses the crime scene, she discovers a hidden door that conceals a room set up for torture - and bound to the bed in the middle of the room is the body of a man. When another body is found, also tied down, Henley realises there's someone out there torturing innocent people and leaving them for dead. But why? There's nothing that connects the victims. They didn't know each other. Their paths never crossed. But someone has targeted them, and it's up to Henley and the SCU to stop them before they find another binding room...