I reported earlier that a copy of Ian Fleming's novel was expected to fetch £8,000 to £10,000 but bidding did not reach its undisclosed reserve price at Bloomsbury Auctions. The book was a damaged first edition and not the Very Good to Mint condition expected by the auction house.

"It's very disappointing. But the fact that it's an auction means you never know what's going to happen," said Bloomsbury spokesman Richard Caton.


Casino Royale was first published in 1953 by the then unknown author Fleming, the first edition selling for the equivalent of 52p.

Other Bond memorabilia which did sell at the auction included a first edition of The Spy Who Loved Me which sold for £1,200. 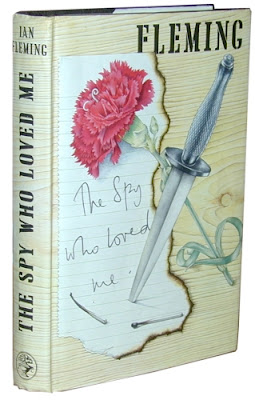