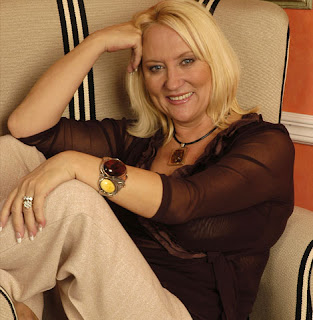 Publishing phenomenon Martina Cole hit another milestone this week, becoming the first British female novelist who writes for an adult audience to break the £50m sales mark since records began. The amount of money spent on physical editions of her books since 1998 is a eye watering £50.3m. Put another way, if you were to place all of her 7.3m books sold end to end, they would stretch roughly the distance between central London and Budapest as the crow flies (or 902 miles).

Just heard that across the pond, movies getting pilot series adaptations include a drama at ABC based on The Lincoln Lawyer - the Micky Haller series written by Michael Connelly. Lionsgate will co-produce with Lakeshore Entertainment, which was also behind the film. "Lawyer" screenwriter John Romano and Michael Connelly, the novelist who created the property adapted to film, will co-write the pilot script and exec produce along with Joel Gotler and Lakeshore's Gary Lucchesi and Tom Rosenberg. Protagonist Michael "Mickey" Haller is a character in five different novels by Connelly, presumably giving producers a lot more material to use. It wouldn't be the first time a legal-themed movie was made into a TV show, with NBC set to bring an adaptation of "The Firm" to the small screen in the midseason.

Additionally, ABC has put in development Anti-Mafia Squad, a drama based on the 2009 Italian series Squadra Antimafia – Palermo Oggi. Additionally, NBC is eying straight-to-series orders for 2 Bryan Fuller-written dramas: a Munsters reboot and Hannibal, based on the Hannibal Lecter character. Fuller is developing a script against a 13-episode commitment, meaning that the project won’t go through a pilot stage but straight to series if NBC like the script. The latter will make Ali Karim more excited than a chocoholic in a chocolate factory.

For those of you that have (like me) been reading about the plagiarism by Q R Markham and the furore surrounding it, you may wish to read the extremely interesting post by Jeremy Duns on his blog The Debrief and also Duane Swierczynski’s Secret Dead Blog both of whom “blurbed” the book. Alison Flood of the Guardian has also written an article about it.
Posted by Ayo Onatade at 15:45