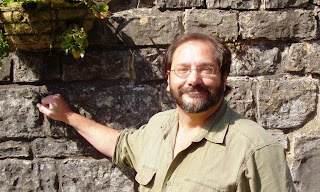 Today’s guest blogger is Anthony Hays who is a journalist and novelist. As the former he has covered topics as varied as the American Civil War, narcotics, political corruption and the War on Terror. As the latter he has found an outlet for his passion for British history. To research this series he spent six months living in Glastonbury, exploring the beautiful British scenery in which his characters roam. Hays searched local archaeology sites and befriended some of England’s finest academics to source the historical accuracy that brings this story alive. Having lived all over the world, he is now settled in Tennessee but will be in Glastonbury for the month of publication, and looking for his next adventure.

From the time that I began to write in my high school years, I did the oddest thing for a child born and raised in Tennessee. I spelled words in the British way. Honour. Saviour. Humour. To this day, no one can explain why. Even today, three decades later, I occasionally spell words that way. But I am not an Anglophile, not in the real sense of the word. So, you might ask, how did I end up writing a mystery series set in a 5th century Arthurian context? The short answer is – I came to it honestly.

The truth is, I’m more English than anything else. Only two lines of my family did not originate in the British Isles. From Hays to Welch. Harrison. Mayo. McGee. Mathews. Smith. Jones. I could go on. Research indicates that I am descended from several of Edward I’s children. Some preliminary research suggests that I am the 18th great grandson of Geoffrey Chaucer. DNA studies show that I have numerous distant cousins spread throughout the UK to this day. When I visit Britain, I feel as at home as I do in the hills of Tennessee. Go figure.

I came to Arthur as many of us did, through The Sword and the Stone. But I was never much of a fairy tale kind of guy. I wanted something I could hang my hat on, something that I could grasp and relate to the real world. (At this point, I realize that numerous scholars are grimacing, saying that the myth of Arthur has no connection to reality, but stick with me.) I remember in early adolescence, coming across an article in Time Magazine about an archaeological dig at a place called South Cadbury in Somerset. The article indicated that British archaeologist Leslie Alcock was looking to find some evidence of Camelot. That was when I became aware that the reality of Arthur was in question. That was when I first became aware of Arthurian author Geoffrey Ashe, who was secretary of the Camelot Research Committee. It was fascinating, but I had high school to get through and university. I read the occasional article about it, but my history professors directed me towards other time periods and other historical questions.

Jump to 1995. Returning to Kuwait, where I taught English for the Kuwait Air Force, from my brother’s funeral in the states, I had a short layover at Gatwick. In a bookshop there, I discovered a book titled The Quest For Arthur’s Britain, edited by Geoffrey Ashe. By that time, I had had two well-received historical mysteries published. It occurred to me that, at that time, no one had set such a series in an Arthurian context. Note that I said “series.” Certainly, over time, there has been the occasional mystery with an Arthurian setting or Arthurian connections, but there had been no sustained series.

I went back to Kuwait and devoured the book. I sat down then, in that exotic and sometimes desolate landscape, and wrote the first ten pages of what became The Killing Way (Corvus, 2011). The rest, if you’ll pardon the pun, is history. 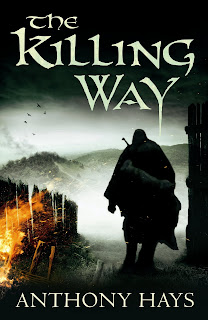 Sixteen years later, and the world of The Killing Way has become as familiar to me as my own. Geoffrey Ashe and his wife, Patricia, have become dear, dear friends, as my thirst for all things Arthurian has driven me to numerous trips to England and a six month stint living and writing in Butleigh near Glastonbury.

Still, the question arises, why an Arthurian novel from a Tennessee farm boy? The simple answer is that King Arthur is universal; the concept of a king who seeks justice and equality for all is one that all the peoples of the globe can grasp. He is a tragic hero, betrayed in many versions by his best knight and his lady love, and therein lies my interest. Shakespeare taught me that tragic heroes have flaws that lead to their downfall. But real people are flawed; it is a constant of life. And that led me back to the quest for Arthur’s Britain. What was at the heart of the legend, of the myth? Was there a real man behind the symbol, a flawed man, but an actual person? And could I create something that added to the story of Arthur?

I approach research the way it is supposed to be done – without preconceived notions, as much as I am able. Skepticism has always bothered me because skeptics enter into research already disbelieving. I do my best to let the evidence lead me. I started my publishing life writing local history, and I am ever impressed by how often folklore and legend can be incredibly long-lived and more accurate than not. I cannot and will not arbitrarily consign folklore to the trash heap. So, I sought out the earliest stories of Arthur, the earliest sources. I read scholars from both sides of the equation.

And I came to these conclusions. There was someone who sparked the legend of King Arthur, a man who had been remarkable in his own right, a man who was thought worthy to be sung about around the fire on brisk British evenings. Added to over the years? Certainly. But there was a man, a seed, and from that seed sprouted one of the most enduring stories we have in literature.

As to the second question – could I add something to it? Well, that’s for the reader to decide.

More information can be found at:- www.tonyhays.com.