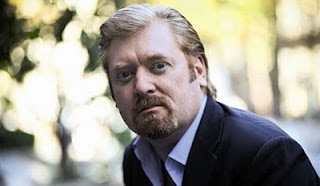 According to Charlotte Williams at the Bookseller, Orion is publishing an exclusive trilogy of short stories by crime writer R J Ellory, called Three Days in Chicagoland. The first e-exclusive novella, The Sister, will be released on 15th March, followed by The Cop on 5th April and finally The Killer on 26th April. Each will be priced 99p. The stories are set in Chicago between 1956 and 1960. They are inter-related but can also be read as standalones. The first is from the point of view of the murder victim's sister, the second from the detective in charge of the case, and the third from the man accused of the murder as he waits on death row.

According to the Metro, BBC’s Sherlock has caused the sale of Arthur Conan Doyle’s novel to double since the recent incarnation of the character played by Benedict Cumberbatch.

Corvus has acquired the rights to two books by debut adult fiction author, Mark Roberts. Sara O'Keefe, Editorial Director of Corvus, bought the UK and Commonwealth rights to The Herod Killings and an untitled second book by debut thriller writer Mark Roberts, from Peter Buckman at the Ampersand Agency. Peter Buckman has sold German rights to Rowohlt and Longanesi won Italian rights in a pre-empt. The Herod Killings is the first in a gripping thriller series starring DCI David Rose.

For Fans of George Pelecanos and if you are like me looking forward to reading his new book What it Was then the Independent have produced the Blaggers Guide to George Pelecanos.

Interesting and well-written article in the Telegraph by Henning Mankell on Charles Dickens and why his greatness lies in channelling the defiant spirit of the poor.
Posted by Ayo Onatade at 14:54