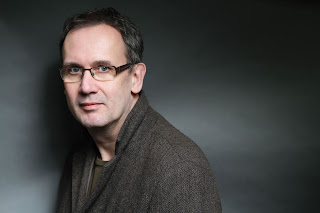 Sandstone will publish the first book in the series, Babylon Berlin, in May, translated into English by Niall Sellar.  Kutscher, whose novels have sold over 1 million copies in Germany, joins the Scottish independent’s growing list of crime authors including David McCallum, Jorn Lier Horst, Lesley Kelly and William McIntyre.

Babylon Berlin is set in 20s Berlin, centering on the figure of Inspector Gereon Rath from Cologne. When he arrives in the Berlin of 1920s, the city is the epicentre of political and social change.  The series stars ‘two of the most interesting talents on the German acting scene’ (der Spiegel): Volker Bruch who will play Gereon Rath (and who is shortly to appear in HHhH alongside Rosamund Pike and Jack O’Donnell) and Liv Lisa Fries, who will play Rath’s girlfriend Charlotte.

The series will air internationally on Sky in 2017, and on German TV in 2018.  German news magazine Der Spiegel commented: ‘Babylon Berlin could be a TV event to rival the golden age of the early 80s when Wolfgang Petersen’s Das Boot and Rainer Werner Fassbinder’s Berlin Alexanderplatz created series that were broadcast all over the world.’

Volker Kutscher says, ‘I am more than happy to know that Gereon Rath and his world are in 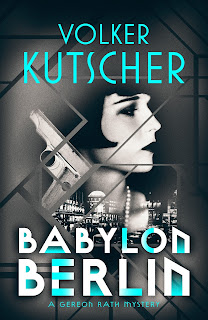 the hands of X Filme and Tom Tykwer. I appreciate Tykwer's work very much and I know that we both think in the same direction concerning the cinematic adaptation of the material. (…) I look forward to see the world of Gereon Rath being adapted in the tradition of series like The Wire, Mad Men, Breaking Bad, Six Feet Under and Boardwalk Empire.’

Sandstone Press Managing Director Robert Davidson says, ‘This is thrilling news. The Gereon Rath mysteries by Volker Kutscher have already captured a huge German language readership and we are very proud to bring the first of them, Babylon Berlin, to the entire English speaking world. Scrupulous with historical detail and atmosphere, with two utterly engaging central characters in Gereon Rath and Charlotte (Charly) Ritter, tightly plotted and exciting, I knew I wanted to publish this series as soon as I learned it existed. It has all the material not only for great reading but also for great television and I do believe its impact is going to be huge.’