Giants of the Genre set for Harrogate 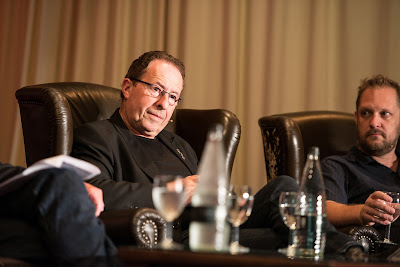 The crime writing industry’s self-appointed Annual General Meeting, with a twist, returns. Known as the friendliest festival with its feet firmly on Yorkshire ground, the Theakstons Old Peculier Crime Writing Festival guarantees thrills, and a few spills at the hotel bar, as thousands descend for one, long summer weekend.

The 2016 Special Guest line-up has been announced.

Audiences are invited to grab a pint of Yorkshire’s finest ale, and dip into an intoxicating mix of comedy, heated debate and scintillating socialising.

Best known for his Roy Grace detective series, Peter James promises an ambitious programme for what he calls ‘the biggest celebration of the genre in the world’. The programme will have an international flavour to celebrate the genres’ global dominance.

Peter said: “You can open up the world from your armchair, and so in 2016, I’d like to invite you all on a flight of fancy – an exploration of this enthralling genre that spans the globe…. There will be the Giants of the Genre we’ve come to expect from a Festival as brilliant as Harrogate and a wealth of stellar names will be announced over the coming weeks.”

Jeffery Deaver, the award-winning author of 33 internationally bestselling novels, will be Interviewed by BBC broadcaster and author Mark Lawson. One of the world's most successful thriller writers, Deaver is best known for his Lincoln Rhyme thrillers.

Continuing the success of injecting comedians into the mix, The ‘Queen of Crime’ and co-founder of the Theakstons Old Peculier Crime Writing Festival, Val McDermid, will be in conversation with Edinburgh Festival hit, Susan Calman, a familiar face on shows such as Have I Got News for You, 8 out of 10 Cats and Would I Lie to You.

The hard-hitting author Martina Cole is a phenomenon, selling in excess of fourteen million books and the first British female novelist for adult audiences to surpass the £50 million sales mark. She’ll be in conversation with Peter James.

Award-winning novelist and screenwriter Neil Cross is best-known as the creator of the international hit BBC series, Luther, starring Idris Elba, as well as a writer on Spooks and Doctor Who. Tess Gerritsen, a physician turned author known as the ‘medical suspense queen’, is published in forty countries with more than 30 million copies of her books sold worldwide.

The American-born Canadian Linwood Barclay, a former journalist and columnist, is the bestselling author of 13 detective novels including Trust Your Eyes, A Tap on the Window and No Time for Goodbye. He’ll be in conversation with Mark Billingham.

Gerald Seymour was a high-profile reporter and foreign correspondent at ITN before becoming an acclaimed novelist. His ground-breaking thriller Harry’s Game was an instant hit in 1975; he recently published his 32nd book, No Mortal Things. He’ll be put under the forensic spotlight by Joe Haddow, Producer of the BBC Radio 2 Book Club. 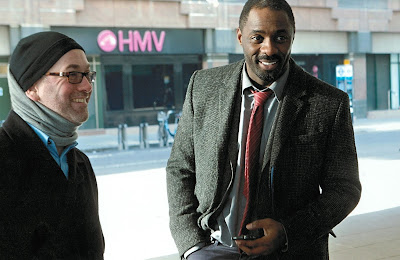 The Festival is famed for its no barriers approach. Readers and authors alike meet their heroes, as well as the Next Big Things, thanks to McDermid’s annual New Blood panel, which cherry picks the best debut novels of the year.

“Everyone says the Theakstons Old Peculier Crime Writing Festival just gets better and better, so it’s quite a pressure for each new Chair but there’s few people so perfect for the role than Peter James. Peter brings his unique flair, alongside his remarkable standing in the genre. The 2016 programme is ambitious: international in breadth, intelligent in design.”

Audiences are welcomed to be inspired and join in the drama at Agatha Christie’s old haunt, the luxurious Old Swan Hotel, where up to 90 authors will gather from the 21-24 July.

The event features the 12th Theakstons Old Peculier Crime Novel of the Year Awards in partnership with WHSmith and the Radio Times. The festival also sees the return of the day-long creative writing workshop for aspiring writers, Creative Thursday.

Tickets are now on sale for all Special Guest events, with Weekend Break Packages available from £350 per person for 3 nights’ B&;B accommodation, including a Weekend Rover Ticket, lunches at the Old Swan Hotel and a Festival Goody Bag. Day and Weekend Rover tickets without accommodation are also now available. For more information, or to book, visit www.harrogateinternationalfestivals.com or call the team on 01423 562303.