As readers of African crime fiction for fifty years, and writers of it for the past fifteen, we’ve 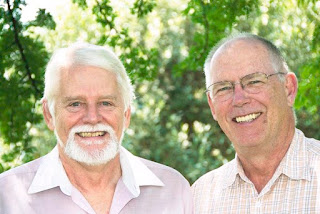 had a chance to appreciate where it’s come from and watch where it’s reached.

While Africa has a long tradition of storytelling, it seems that African fiction writers only really came to international attention in the fifties with the writings of Nigerian Chinua Achebe and South Africans Alan Paton and Nadine Gordimer.
As far as mysteries are concerned, one really starts with James McClure’s Kramer and Zondi series of the early seventies. Not only are these darn good crime fiction plots, but the relationship between the white Lieutenant Tromp Kramer and the (smarter) black Detective Sergeant Mickey Zondi illustrates and satirises the contradictions and unfairness of apartheid. At about the same time, Ngugi wa Thiong’o wrote Petals of Blood set in post-colonial Kenya, but illustrating the conflict between the inherited colonial ideas and the ambient African cultural ones.
Mysteries with African settings by European writers have a longer history. Among the earliest was the first of Elspeth Huxley’s three Kenya mysteries—Murder at Government House—published in the thirties. While there is the strong sense of Africa that characterises all her books, it’s restricted to the colonial players.
So, African mysteries have some history, and over the last fifteen years there has been an explosion of authors writing contemporary crime fiction in Africa—not only in South Africa but across the continent with writers like Leye Adenle (Nigeria), Kwei Quartey (Ghana), Unity Dow (Botswana) and many others.
How have readers elsewhere in the world reacted to this new and rich perspective on the continent?  Only a few have made the breakthrough into the international arena.  Writers from overseas who set their work here also have had a mixed reception, some successful like Alexander McCall Smith’s Mma Ramotswe series, but others who are first class cause hardly a ripple. Just as one example, take Robert Wilson’s excellent work—his Africa novels are not as popular as the ones set closer to home.
It was Deon Meyer who took up McClure’s cudgel, using crime fiction set in the post-apartheid era, albeit steeped in its aftermath, to illustrate present day South Africa.  He is probably Africa’s best known crime writer, yet even his excellent police procedurals and thrillers don’t make the same impact overseas as those of many Scandinavian writers.
It certainly isn’t the case that readers are only interested in crime fiction set in their own cultures or written originally in their own language—one only has to look at the huge success of the Nordic writers. What makes their books appealing?  Is it the weather? The cold seeping into your bones and the winter darkness seeping into your heart? Or is it a different writing style, but not too different? Or is it just that they are in fashion?
Or is it something else? 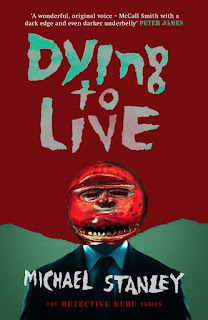 Is it perhaps that readers are reluctant to stray away from cultures they know, away from characters who are more or less like themselves?  For the last month, there has been a blog tour for our latest Detective Kubu mystery, Dying to Live.  Fortunately, the response has been overwhelmingly positive, but several of them contained a message that surprised us.  For a number of these bloggers, who are voracious readers, Dying to Live was a first or rare excursion into Africa.  Some were worried before they started reading that differences in culture would put them off or make the book difficult to read.  By the time they finished the book, far from finding it off-putting, many commented how much they enjoyed being taken to somewhere they didn’t know and to a culture that was quite different, set in the context of a good mystery.  Some said it was a welcome change to read an example of Sunshine Noir rather than Nordic Noir.
So, perhaps the main reason that African mysteries don’t get the recognition we think they deserve is nothing to do with the writer, but rather the setting.  So, how can we persuade readers to become more adventurous?
Last year at the Murder Out of Africa panel at Harrogate, we asked the audience how many of them had read an African mystery.  Only a few had.  Then an audience member commented that he hardly ever heard of African mysteries and asked us why publishers don’t select more African crime fiction books.  Deon spoke for all of us when he replied that the way to get more published with greater visibility was for people to buy more and read more of them.  A literary vicious circle.
So, we urge readers to intersperse their to-be-read piles with books set in different cultures and settings.  It will give writers from these places greater access to the wonderful reading public of the U.K., and give readers the opportunity for exciting armchair travel. 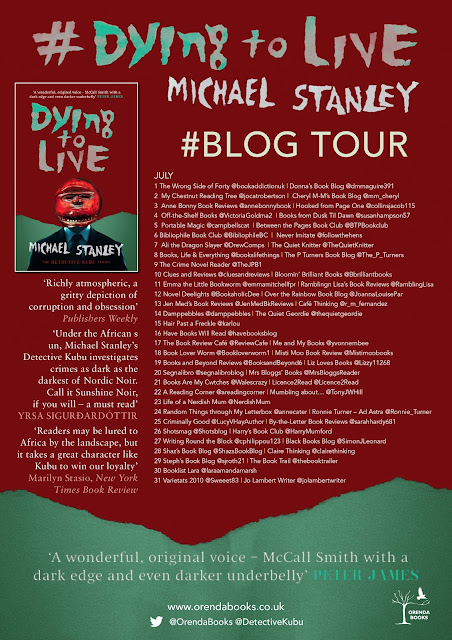 Dying to Live by Michael Stanley (Published by Orenda Books)
The body of a Bushman is discovered near the Central Kalahari Game Reserve, and the death is written off as an accident. But all is not as it seems. An autopsy reveals that although he’s clearly very old, his internal organs are puzzlingly young. What’s more, an old bullet is lodged in one of his muscles … but where is the entry wound? When the body is stolen from the morgue and a local witch doctor is reported missing, Detective ‘Kubu’ Bengu gets involved. As Kubu and his brilliant young colleague, Detective Samantha Khama, follow the twisting trail through a confusion of rhino-horn smugglers, foreign gangsters and drugs manufacturers, the wider and more dangerous the case becomes…