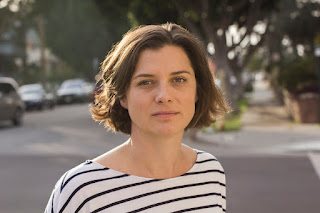 After two years in LA, I moved to the Arts District, a rapidly gentrifying neighborhood just east of Downtown. Between Downtown and the Arts District is Skid Row. Every day I drove or rode my bike through Skid Row—a sprawling homeless community of tents, shelters, medical and social services, murals, missions, and churches. And soon, what at first glance seemed to be a dirty, chaotic place began to reveal itself as a true community. Patterns began to emerge. When I looked closely, I was able to see that different encampments had different characters, different personalities. Here were activists. Here were artists. And here were the hopeless and the helpless. I began to pay attention to the society on the streets, to the shape and depth of the neighborhood. I never imagined I’d find inspiration there.

Then one night I emailed LAMP —a homeless shelter, arts organization, community center—and offered to teach a creative writing course. I had no idea what to expect when I turned up for my first class. Would my students be conventionally homeless, like many of the people I saw unable to help themselves on the streets? Would they be rehabilitated? Would they be lucid? Smart? Capable? The truth was they were all of these things. Each of them was on a journey and each showed up with a story to tell, whether one drawn from life or summoned from wild inspiration.

Theirs are the stories that inspired me when I began to write Wonder Valley. Their voices crept into my head, making me wonder if there is a moment that you can pinpoint when things begin to unravel, a specific place in time that is your undoing, regardless of whether or not it is your fault. This is what all the characters in Wonder Valley have in common, a need to discover if there was a specific instance that made their lives spin off course and if knowing that grants them the possibility for redemption.

So my novel became something of a crime story—because no one in Skid Row has a life that has not been touched by crime in some way, whether as a victim or a perpetrator. Crime is a fact of life down there. It’s a daily job to avoid falling prey to those who want to take advantage, to the lawlessness after dark. But it’s also a daily job to work to overcome the mistakes of your own past, to understand that you are not simply the sum of the choices you’ve make and the things that have happened to you. That there is agency in the world beside chaos. 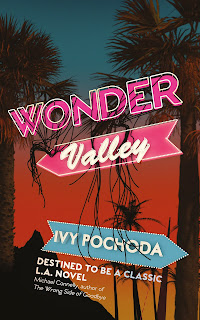 Because no one’s story begins in Skid Row, mine couldn’t either. I had to follow my characters out of downtown Los Angeles and into the places that brought them there—the Mojave Desert and the tony west side of town. I had to go back in time, looking for that misstep that sent their stories in motion.

Wonder Valley is a patchwork, because that’s how I see Los Angeles, layers upon layers, stories that intersect and recoil, neighborhoods that touch but are unknown to each other. It’s a story that I hope suggests that even in the lowest circumstances there is the possibility for beauty and joy. Because that is precisely what I found.

Ivy Pochoda is the author of Wonder Valley, published by The Indigo Press on 20th September 2018. She will be speaking at Festival America on 25th September. For tickets: festivalamerica.co.uk

Wonder Valley by Ivy Pochoda (Indigo Press)
When a teen runs away from his father’s mysterious commune, he sets in motion a domino effect that will connect six characters desperate for hope and love, set across the sun-bleached canvas of Los Angeles.  During a typically crowded morning commute, a naked runner is dodging between the stalled cars. The strange sight makes the local news and captures the imaginations of a stunning cast of misfits and lost souls.  There's Ren, just out of juvie, who travels to LA in search of his mother. There's Owen and James, teenage twins who live in a desert commune, where their father, a self-proclaimed healer, holds a powerful sway over his disciples. There's Britt, who shows up at the commune harbouring a dark secret. There's Tony, a bored and unhappy lawyer who is inspired by the runner. And there's Blake, a drifter hiding in the desert, doing his best to fight off his most violent instincts. Their lives will all intertwine and come crashing together in a shocking way, one that could only happen in this enchanting, dangerous city.