CFP: Murder and True Crime in the Media 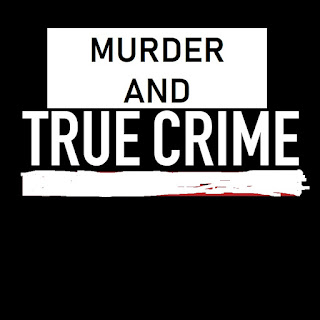 Proposals are invited for an interdisciplinary conference at St Mary’s University, Twickenham on Friday 29th May 2020.

Dr Sarah Moore‘s research is concerned with gender and risk, she has published work on media representation of date rape and student beliefs concerning drug-facilitated sexual assault. Sarah is the author of Crime and the Media (2014, Palgrave Macmillan)

About the Conference
Modern audiences demonstrate and appetite for true crime, and particularly stories that involve murder. Whilst public fascination for true crime is not new, the genre has long dominated our entertainment industries, from biopics, whodunnits, to gangster films; interest in true crime is certainly renewed. One reason for the resurgence of popularity for true crime is Industrial. There is a recent influx of new content available. Making a Murderer can be viewed through the lens of Netflix and binge-watching, Sarah Koenig’s Serial is closely linked to an increase in podcast listeners. Extremely Wicked, Shocking Evil, and Vile and Mindhunter both demonstrate the draw for well-known stars (such as Zac Efron) and personnel (David Fincher) to this genre.

Where there is scheduling, there is also a market. The people that ‘demand’ on demand. Therefore, alongside these industrial contexts, there are a number of wider factors involved in the surge of murder content. Violent crimes, particularly murder, have ideal narrative structures with a ready-made story arc, ‘social order is disrupted by a deviant act, the guilty are sought and generally identified, and, finally, justice is done or thwarted’ (Auden in Moore, 2014: 177). They are enigma narratives that compel audiences to binge-watch the investigation so that they may finally achieve satisfaction in the form of closure. Some narratives are exoneration tales, using documentary as trial spaces that jurify the public (Bruzzi, 2016), others provide us with an opportunity to experience fear in a safe environment. David Altheide’s (2002) work on fear and the news and Ulrich Beck’s (1992) on Risk Society demonstrates how a perceived lack of control over our lives has led to a preoccupation with safety and risk.

Through the consideration of murder in the press, documentaries, films and novels, this conference will interrogate the different representations of true crime and how these can contribute to important debates in contemporary culture and society. For instance, can analysis into victims shed light on the way that social groups are constructed in the media, and whether there is a process of selection occurring? How can the study of murder cases provide further insight into coercive control? How might the representations of crimes vary, from knife crime, organised crime, to the glamorisation or even celebrification of some serial killers? What are the ethical considerations when producing murder content and how do platforms such as podcasts and YouTube, pose issues of regulation?

Papers are invited from a broad range of disciplines including Media, Film, Criminology, Sociology, Law. Some focal points include (but are not limited to)