But what has this to do with thriller novels, apart from our perceived reality resembling the title of Robert Ludlum thriller? 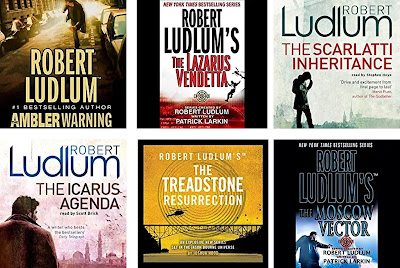 Because reading, or listening to audio books can significantly reduce anxiety; the overthinking of our situation, creating existential problems that reside in our mind and keep us from sleep, or focused on the tasks at hand – instead our minds rage with unhelpful thoughts like an ocean in a storm.

Bibliotherapy, the reading of fiction / or listening to narrated books are medically recognised and prescribed for the easing of anxiety, and returning the mind to a calmer state.

This article is enlightening –

“During the last lockdown, when my anxiety was high, a friend suggested I tried re-reading books I used to enjoy. While the thought of starting a new book felt somehow daunting, reading something familiar appealed, so I gave it a go. And it worked: I found that I was able to lose myself completely. Absorbing myself in a story I already knew and loved was as good as a mental rest, and now, if I feel anxiety creeping in, I’ll reach for a well-thumbed novel!'

Literature has the power to transport us away from the to-do lists and troubles of life and soothe us with a comforting balm of captivating characters and scintillating storytelling. But how exactly does reading aid our mental health? Here we outline seven of the top benefits”

I read in bed to ease me to sleep, but find at times I find reading in itself a challenge because my attention span becomes truncated as my mind wanders from unwelcome thought to troubling thought – but I found a solution. Instead, I listen to a well narrated audiobook.

I’ve been a member of Audible, for some time now and found their thriller range my medication to combat anxiety and worries, both existential and real.

A number of titles on the audible platform are exclusive, acted as dramas and narrated professionally so they engage and hold the mind captive from those unwelcome worries and anxieties that derail our thinking.

The importance of the narrator’s performance is critical, such as Scott Brick among others such as Stephen Fry. 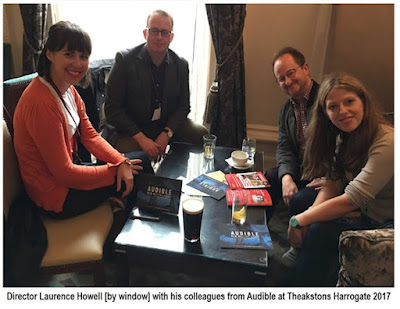 The market leader in Audio Publishing, is the Amazon subsidiary Audible who not only provide a platform for audiobooks, but also generate their own productions, using actors, vocal artists as well as soundscapes so the reader can become part of an immersive experience.

As reported within the publishing industry –

Even though the availability of audiobooks in digital format is relatively new, their origins date back as far as the 1930s when they were sold as analog cassette tapes and vinyl records and used as an educational medium in schools and libraries. Since the shift to digital, the audiobook market has grown exponentially with new entrants jostling for market position. 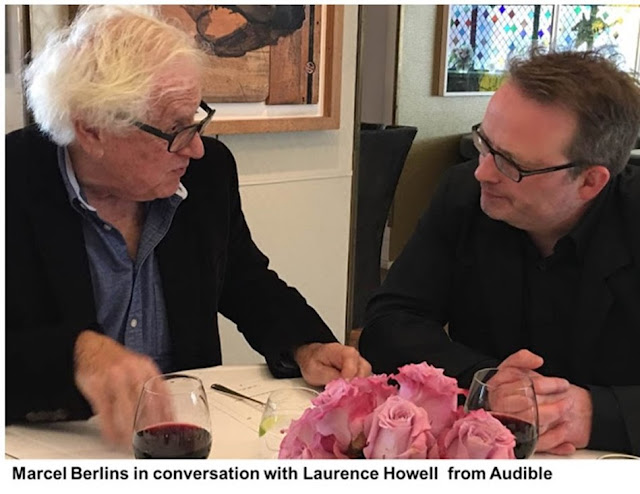 But the market has opened up. Philip Jones, editor of The Bookseller argued back in 2014 that audiobooks are “following almost the exact pattern and trajectory as e-books in that we are seeing a massive explosion in response to a switch to digital. But it’s also more exciting because you can do so much more with audio – it’s not just a facsimile of the print book.”

So, what’s new from Audible?

Well, I’ve enjoyed two particular titles, tucked up in bed and I’d like to share them with Shots Magazine Readers -

The second book in the DI Eva Harris series, is a dark and totally engrossing thriller -

In an abandoned warehouse, a schoolboy makes a grisly discovery: ninety-six containers, each filled with exquisitely preserved bodily remains. Detective Eva Harris knows the line between life and death better than most. Having survived a near fatal encounter with the criminal underworld once before, she is still haunted by the repercussions of her actions – and fearful of the whole truth emerging. With the remains showing signs of experiments and modifications, she is forced to contemplate a difficult question: what does the perpetrator of this extraordinary crime imagine themselves to be? Artist, scientist - or something completely new? Her search for answers takes her across Europe, from the upper echelons of society’s glittering elite to the dark and tangled web of the underworld – and finally, to the very limits of humanity.

Read about 20/20, the first in the DI Eva Harris Series CLICK HERE 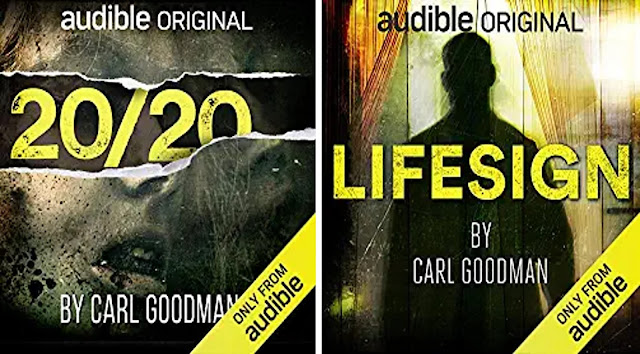 A Perfect Stranger by Shalini Boland

A troubling and all-engrossing domestic thriller from the dark imagination of the prolific Shalini Boland.

Annie comes home from a market trip with her young son George only to make a gruesome discovery. Could the perpetrator be the new lodger she and her husband David just rented their spare bedroom to? Emily dreams of one day owning a house where her son Josh and the little one on the way can grow up, but when her husband Aidan insists on leaving his lucrative job as a luxury car salesman, she senses something more is afoot—even while she harbours a secret of her own. What is Aidan hiding and will it jeopardize their young family’s future? Meanwhile, Aidan’s boss, Marcus, finds himself caught between placating his wife Dani’s all-consuming desire to get pregnant and managing the less than savoury group of associates now helping to run his car dealership. How far is Marcus willing to go to prove his love for Dani? Or will his business come first?

The production values of this audible original production are extraordinary, with vocal talents of Alison Campbell, Tamsin Kennard, and Ciaran Saward who bring this thriller to life. 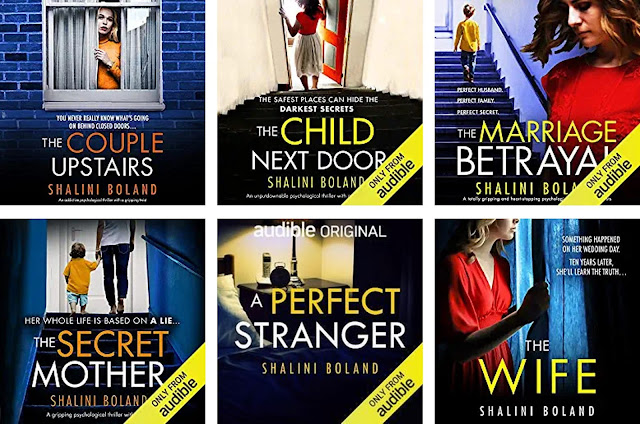 To download A Perfect Stranger by Shalini Boland or any of the authors’ previous audiobooks, Click Here and put ‘Shalini Boland’ into the search box.