My Favourite Non Fiction Reads of 2021 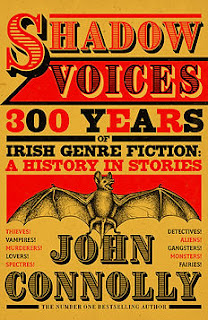 For the second year running I also read a number of great non-fiction books that I really enjoyed. Once again they are in alphabetical order. These were -

Shadow Voices: 300 Years of Irish Genre Fiction: A History in Stories by John Connolly (Hodder & Stoughton) The story of genre fiction - horror, romantic fiction, science fiction, crime writing, and more - is also the story of Irish fiction. Irish writers have given the world Lemuel Gulliver, Dracula, and the world of Narnia. They have produced pioneering tales of detection, terrifying ghost stories and ground-breaking women's popular fiction. Now, for the first time, John Connolly's one volume presents the history of Irish genre writing and uses it to explore how we think about fiction itself. Deeply researched, and passionately argued, Shadow Voices takes the lives of more than sixty writers - by turns tragic, amusing, and adventurous, but always extraordinary - and sets them alongside the stories they have written, to create a new way of looking at genre and literature, both Irish and beyond. Here are vampires and monsters, murderers and cannibals. Here are female criminal masterminds and dogged detectives, star-crossed lovers and vengeful spouses. Here are the Shadow Voices. 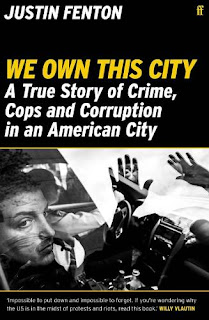 We Own This City: A True Story of Crime, Cops and Corruption in an American City by Justin Fenton (Faber & Faber) Baltimore, 2015. Riots were erupting across the city as citizens demanded justice for Freddie Gray, a twenty-five-year-old black man who died in police custody. At the same time, drug and violent crime were once again surging. For years, Sgt Wayne Jenkins and his team of plain-clothed officers - the Gun Trace Task Force - were the city's lauded and decorated heroes. But all the while they had been skimming from the drug busts they made, pocketing thousands in cash found in private homes and planting fake evidence to throw Internal Affairs off their scent. Because who would believe the dealers, the smugglers or people who had simply been going about their daily business over the word of the city's elite task force? Now, in light of their spectacular trial of late 2018, and in a work of astounding reportage and painstaking self-discovery, Justin Fenton has pieced together a shocking story of systemic corruption. 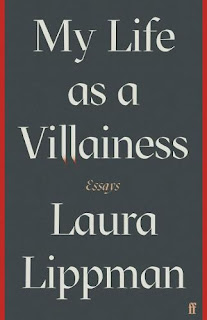 My Life as a Villainess: Essays by Laura Lippman (Faber & Faber) - I knew something new about venality - my own. I realized I had become the bad guy in someone else's story. And I deserved it. Laura Lippman's first job in journalism was a rookie reporter in Waco, Texas. Two decades later she left her first husband, quit the newspaper business, and became a full time novelist. I had been creating villains on the page for about seven years when I finally became one. Her fiction has always centered on complicated women, paying unique attention to the intricacies of their flaws, their vulnerability, and their empowerment. Now, finally, Lippman has turned her gimlet eye on a new subject: herself. My daughter was ten days old the first time I was asked if I were her grandmother. In this, her first collection of essays, Lippman gives us a brilliant, candid portrait of an unapologetically flawed life. Childhood, friendships, influences, becoming a mother in later life - Lippman's inspiring life stories are at once specific and universal. 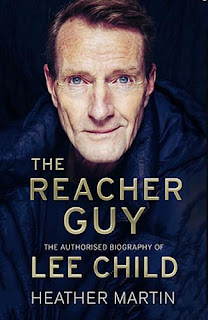 The Reacher Guy by Heather Martin (Little Brown) The Reacher Guy is a compelling and authoritative portrait of the artist as a young man, refracted through the life of his fictional avatar, Jack Reacher. Through parallels drawn between Child and his literary creation, it tells the story of how a boy from Birmingham with a ferocious appetite for reading grew up to become a high-flying TV executive, before coming full circle and establishing himself as the strongest brand in publishing. Heather Martin explores Child's lifelong fascination with America, and shows how the Reacher novels fed and fuelled this obsession, shedding light on the opaque process of publishing a novel along the way. Drawing on her conversations and correspondence with Child over a number of years, as well as interviews with his friends, teachers and colleagues, she forensically pieces together his life, traversing back through the generations to Northern Ireland and County Durham, and following the trajectory of his extraordinary career via New York and Hollywood until the climactic moment when, in 2020, having written a continuous series of twenty-four books, he finally breaks free of his fictional creation. 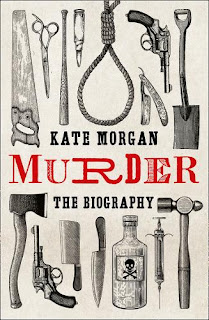 Murder: The Biography by Kate Morgan (Harper Collins) is a gruesome and utterly captivating portrait of the legal history of murder.The stories and the people involved in the history of murder are stranger, darker and more compulsive than any crime fiction. There's Richard Parker, the cannibalized cabin boy whose death at the hands of his hungry crew mates led the Victorian courts to decisively outlaw a defence of necessity to murder. Dr Percy Bateman, the incompetent GP whose violent disregard for his patient changed the law on manslaughter. Ruth Ellis, the last woman hanged in England in the 1950s, played a crucial role in changes to the law around provocation in murder cases. And Archibald Kinloch, the deranged Scottish aristocrat whose fratricidal frenzy paved the way for the defence of diminished responsibility. These, and many more, are the people - victims, killers, lawyers and judges, who unwittingly shaped the history of that most grisly and storied of laws. Join lawyer and writer Kate Morgan on a dark and macabre journey as she explores the strange stories and mysterious cases that have contributed to UK murder law. The big corporate killers; the vengeful spouses; the sloppy doctors; the abused partners; the shoddy employers; each story a crime and each crime a precedent that has contributed to the law's dark, murky and, at times, shocking standing.