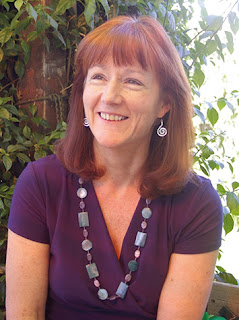 I often wonder how many crime writers, like me, turn to the pages of the newspaper first that deal with crime reports and investigative articles on real life murders. One of my longtime favourite crime reporters is John Silvester, at The Age in Melbourne, who has a weekly column called “The Naked City” (and a fascinating podcast as well).

It was from Silvester’s early books, co-written with fellow journalist Andrew Rule, that the first ideas and sparks came for my crime novel, Trust Me, I’m Dead. They wrote extensively about the Melbourne Gangland Wars in which over 20 people were murdered, but the ones that stuck with me the most were those where innocent women and children were killed or were witnesses.

One of these was Jane Thurgood-Dove, shot in her driveway in front of her kids – for no apparent reason. She had no gangland connections at all. It took a long time before police discovered the actual hit was supposed to be on another woman, wife of an underworld gangster, who lived up the street. And who in Melbourne could forget the brazen shotgun and pistol murders of Jason Moran and Pat Barbaro in a van in which five kids were sitting in the back seat? Two of them were Moran’s twin children.

Up until then, many people in Melbourne figured if crims were knocking each other off in a war, who really cared? But after these killings, things changed, not least the intensity of police actions to quell the war. In my novel, this idea that innocent women and children get caught up in violence through no fault of their own plays out through Judi Westerholme’s brother, who is murdered despite appearing to have changed his life and started again. Answering the question of why becomes vital so Judi can save her own life and that of her niece.

When it came to writing Mad, Bad and Dead, another crime against a woman and child was like a nagging tug at the back of my mind. Vicki Jacobs, who was living in country Victoria in 1999, was shot in the head and body while lying in her bed. Police said it was a cold-blooded execution. The most horrific part of this was that Ms Jacob’s six-year-old son was asleep next to her when it happened. As well, a young niece was sleeping in another room. That callous murder and trying to imagine what the children went through sparked the initial chapters of Mad, Bad and Dead.

It was believed that Ms Jacobs’ murder was in retaliation for her testifying against her ex-husband who had murdered two mechanics in South Australia. The court was told the murders were ordered on behalf of the Hells Angels motorbike club. Ms Jacobs had been offered police protection, but felt she didn’t want her young son to grow up away from family and friends.

For my novel, rather than follow the realities of this case, I used it as an inspiration. It meant I needed to come up with my own motive for the murder of my character, Kate, which of course included finding a credible villain and plenty of red herrings. I sometimes feel like a magpie, with a huge box of cuttings from newspapers and a number of true crime books to delve into for sparkers (I find the ones that are collections of newspaper articles the best.

In looking for good villains this time, it was a saying that nagged at me – “mad, bad and dangerous to know”. I discovered a criminal, Christopher Binse, who called himself “Badness” (a nickname given to him in jail) and at one point, put a public notice to police in the newspaper saying, “Badness is back”. He also used to send Christmas cards to police signed Badness. Binse is an intriguing subject, seeming to have no qualms about enjoying himself while he robbed banks and carried out other armed robberies. He was put in a boys’ home when he was 14, deemed “uncontrollable”, and abused and beaten while there. Now 53, he’s been inside for 36 of the last 40 years, often in solitary confinement and at one point, in shackles.

Binse doesn’t feature in Mad, Bad and Dead at all, but he partly inspired my hitman, as have others who kill for money. That chilling ability to murder or commit crimes with no regret or compunction is something that sends a shudder through us all. One police officer said of Binse, “I would be genuinely frightened if I saw him on the street.”

As for “mad, bad and dangerous to know”? It’s believed to have first been said by Lady Caroline Lamb to describe Lord Byron. The mind works in mysterious ways! 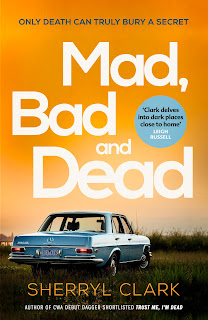 Mad, Bad and Dead by Sheryl Clark (published by Verve Books) Out Now

A dead employee. A missing child. Anonymous phone calls in the dead of night. Judi Westerholme's troubles aren't over yet...  Already struggling to juggle co-running the local pub along with her new childcare responsibilities for her orphaned niece, Judi does not need her life to become any more complicated. Yet, as usual, complications arrive in spades: she starts receiving threatening, late-night phone calls before discovering one of her employees, Kate, shot dead. Judi finds herself caught up in a murder investigation, as well as the hunt for the Kate's fourteen year-old daughter, who has been missing since the murder. Add in the uncertainty of her relationship with Melbourne-based D.S. Heath and the fact that her estranged mother's nursing home keeps urging her to visit, and Judi might finally be at breaking point.