The Inspiration for Guilt by Heather Burnside 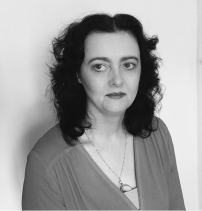 It is interesting how the idea for a novel can lead to others until you end up with a whole series. Sometimes you can find other ideas occurring even when you think the series is complete. This happened with The Working Girls, which began as a single novel called The Mark. That initial novel gradually grew into five, and my latest release, Guilt, is a spin off from The Working Girls.

When I wrote The Mark, I intended it to be a standalone having already written two trilogies. However, it was through research for The Mark that I felt compelled to write further books around the world of working girls. The Mark features journalist, Maddy, who goes to interview sex workers in a seedy pub for an exposé about their lives. She is spotted by ruthless pimp, Gilly, who takes an unhealthy interest in her, which soon turns into obsession, placing Maddy in grave danger.

As part of my research, I wanted to find out more about sex workers. As well as reading autobiographies of former working girls and watching videos about their lives, I visited two charities in Manchester where I interviewed staff. MASH provides support to sex workers and Lifeshare offers help to young homeless adults. There are big overlaps between homelessness in young women and sex work. Many of them offer sexual favours in return for a bed for the night, a meal, or drugs, which can eventually become a regular pattern.

A particular series of videos grabbed my interest. They showed interviews with working girls who were candid about their lives. Many of them had similar backgrounds including homelessness, broken homes, the care system and dysfunctional families with alcoholic or addict parents.

Despite their shared experiences, each girl had her own distinct personality. The more I watched the videos, the more I wanted to write about their lives. Therefore, each subsequent book after The Mark tells the story of a different girl. My spin off novel, Guilt, continues the story of Laura and her daughter, Candice, which began in book three, Crystal.

As the series progressed, I became aware that Candice would have become an adult by the time in which Guilt is set so I wanted to do something that would link her to Laura’s past. At first, I decided to make her a police officer but, at the age of twenty, I realised that she would not be old enough for a senior role within the force, which was where I would have placed her.

Then another idea came to me, connected to something Laura had done years previously:

At the time in which Guilt is set, Laura has moved on with her life. No longer a working girl and drug addict, she now runs a successful chain of fashion boutiques. She has worked hard to overcome her addictions and provide a better life for herself and for Candice who is now at university.

Unfortunately, in the past Laura took some drastic action to beat her addictions and it is this action that comes back to bite her in a devastating and dramatic way. Somebody knows what she did, and they won’t stop until they see her destroyed. Not content with ruining her businesses, they want to destroy everything she holds dear including her relationship with her daughter.

In Guilt Candice is living the student life, meeting new friends through university and summer jobs. She also has a loving boyfriend, Thomas. Laura dotes on Candice and does her best to make up for past mistakes. Everything is going well until somebody starts targeting Laura’s businesses and then her staff. The stress affects Laura so badly that she is in danger of slipping back into old habits and this causes conflict between mother and daughter.

Guilt works well as a continuation of the series, and I have brought in some characters from previous books including Trina, the feisty but fair madam of a brothel who is also Laura’s supportive best friend. Although Guilt continues the story which began in Crystal, it can be read as a standalone novel. The same applies to all the books in The Working Girls series, which are linked through their characters and setting although each one tells a separate story.

Early reviewers have said that they loved finding out what happened to the working girls later in life and they liked seeing the re-emergence of earlier characters. I hope my readers will enjoy Guilt as much as they have enjoyed the rest of the series. 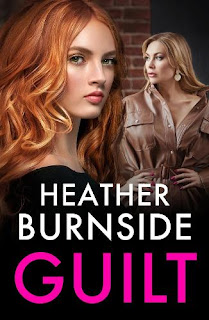 ‘Guilt’ by Heather Burnside is just published by Head of Zeus as a paperback original at £9.99

Someone knows what she did... Businesswoman Laura Sharples owns a fashionable chain of clothing shops, but not so long ago she called herself Crystal and worked the streets of Manchester. Although she's moved on, she's never forgotten how far she had to go to beat her addictions and raise her daughter, Candice. But when Laura's business is repeatedly vandalised, she begins to fall back into old habits to cope with the stress. As the attacks escalate, the police have no leads. But Laura is terrified: someone must know the truth about who she used to be... And they won't stop until she loses everything.

More inormation about Heather Burnside and her work can be found on her website. You can also find her Twitter @heatherbwrites