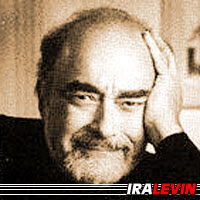 
Also it's sad to report that legendary author Norman Mailer died of renal failure at the weekend. He was 84. Controversial to the end, Mailer's last work, published this summer by Little, Brown, was a fictional exploration of the life of Adolf Hitler, The Castle in the Forest (available in paperback from December). Other Mailer fiction includes the equally controversial The Gospel According to the Son, while highlights of his non-fiction includes the biography of Lee Harvey Oswald, Oswald's Tale. Described in his BBC obituary as 'the bad boy of post-war American literature', Mailer also had the curious distinction of having head-butted a fellow author, Gore Vidal.

Email ThisBlogThis!Share to TwitterShare to FacebookShare to Pinterest
Labels: RIP