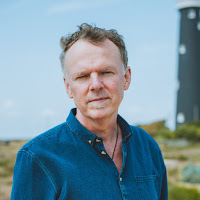 Dead Rich, which is set aboard a Russian billionaire’s super yacht in the Caribbean. When I wrote it I had no idea it would be so topical. The book closes at the point that the awful war in Ukraine starts. I grew up loving the classic adventure thrillers by people like Neville Shute and Alistair MacLean. It was probably something to do with having been through lockdown, but I wanted to write a book which had some of that big screen romantic sense of adventure in it.

That changes all the time. Graham Greene’s The Quiet American still stands up. I love the way it exposes the way our will to do good in politics is often not as innocent as we think it is.

I was thinking that maybe inviting Elly Griffiths’s character Nelson and putting him in the same room as M.W. Craven’s Washington Poe, but I’ve a feeling neither would talk at all. It would probably be much more fun to put the deeply eccentric and self-absorbed Tilly Bradshaw and the more empathetic Ruth Galloway together and watch the fall-out from two of my favourite crime fiction intellectuals.

I help run something called Brighton Ceilidh Collective. We put on dances every month in Brighton. Playing low-level folk tunes is a) very different from writing and b) very good for the neurones.

Again, that changes all the time. The last book I read with some jealously was Mark Billingham’s Rabbit Hole which was a great example of how crime fiction can do very serious stuff – and it’s also very darkly funny.

What would you say to your younger self if you were just starting out as an author?

Keep it simple. I have been writing fiction constantly since I was in my twenties. Though I won some couple of prizes with short stories, it took me until my bloody fifties to get a novel published. Lack of self-confidence which I had in spades makes you over-reach. When the light bulb came on I found how keeping things simple gave me much more power.

Why did you initially prefer to write two different series as opposed to a standalone novel and now that you have written a standalone what prompted you to do so?

I wrote one series, then broke out to do a standalone with my fourth book, The Birdwatcher. I had no intention at all of turning that into a series but somehow the secondary character Alex Cupidi wouldn’t shut up, so she ended up forming the backbone of the second series, set in Kent. A lot of people do standalones now but it had always been my intention to mix them up. I think each form energises the other.

What are you looking forward to at Lyme Crime?

It’s my first time there. I’m looking forward to everything! I’m from the South West so it feels like home turf – and will hopefully bring a new crowd along to see what a great community crime writers and readers now are. And Paddy Magrane who organised it is one of the loveliest people in crime, so I’m confident it will have a great atmosphere.

Super yachts are secretive, like their owners. The bigger the richer. Like castles, they are created to inspire awe. Like castles too, they are defended. They are an entire world, separate from the rest of us. Kai, a carefree once-successful musician is invited by his new Russian girlfriend Zina to join her family’s Caribbean holiday. Impulsively accepting he learns that Zina is the daughter of a Russian oligarch, Stepan Pirumov and that the trip is aboard his yacht, the Zinaida, moored in St Thomas in the US Virgin Islands. On arrival Kai discovers that the head of security has been arrested, armed guards are below deck, there’s an onboard panic room and a strong sense of all not being quite right beneath the gleaming surfaces of the Pirumov’s lives. An unnerving presence punctures the atmosphere: a murderous imposter is on board the Zinaida, but who is it?

Tickets can be bought here:- https://www.lymecrime.co.uk/tickets--contact.html