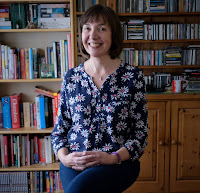 My second cosy crime CURTAIN CALL AT THE SEAVIEW HOTEL launches in ebook, hardback and audiobook on May 12 2022 (paperback coming in October).

It’s another fun, cosy crime set in Scarborough and published by Headline. It stars an acting troupe who arrive at the Seaview Hotel to rehearse a play they hope will save a much-loved local theatre. There’s a lot riding on this play. However, the leading lady is a diva, the playwright is highly strung and tensions in the troupe run high. When one of the actors is found dead on the beach, landlady Helen Dexter sets out to solve the crime. And just when Helen thinks things can’t get any worse after one of her guests is murdered, the hotel inspector arrives!

So, now that CURTAIN CALL AT THE SEAVIEW HOTEL is released, it means I’ve now written two cosy crimes about people pretending to be someone else, whether actors of Elvis impersonators. It’s started me wondering what it is about the role of performance I enjoy so much and why it lends itself to writing crime. Whether it’s actors in a play or singers pretending to be the king of rock and roll, there’s something I find appealing in pretending and faking. Not in real life, I must stress, but in fiction. In the real world I prefer an honest, straightforward kind of life but in fiction, well, I’m all for smokescreens and people who aren’t what they seem. And what better way to disguise what your motives are for doing something horrid than by protecting yourself behind the job that you do?

It all happens in CURTAIN CALL AT THE SEAVIEW HOTEL. So, settle into your favourite chair with a bag of popcorn, put your feet up and enjoy the performance!

Curtain Call at the Seaview Hotel by Glenda Young is published by Headline on May 12 in ebook, hardback and audiobook. It is released in paperback in August 2022.

Helen Dexter has started a new chapter in her life as sole proprietor of the Seaview Hotel. But things take a dramatic turn when an acting troupe book into the hotel to rehearse a play they hope will save a much-loved theatre from being closed down. Helen immediately picks up on tension between the actors, but there is worse to come when the charismatic leading lady is found dead. With so much at stake, it's clear the show must go on. Helen is roped into helping the troupe with their performance, giving her ample opportunity to discover who wanted their diva dead. However, the murder is not the only thing on Helen's mind. She's receiving threatening phone calls, her car is vandalised - and she's just learned of an impending visit from a hotel inspector which could change the fortunes of the Seaview Hotel. With her trusty greyhound Suki by her side, Helen is determined to uncover the identity of the killer - even if it means she has to give the performance of her life.