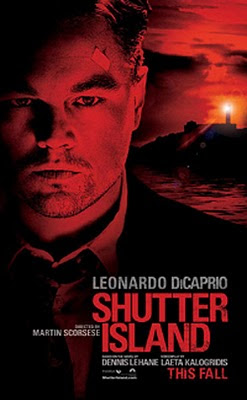 I’m not surprised to read that Martin Scorsese’s adaptation of Dennis Lehane’s ShUtter iSlaNd is his biggest worldwide commercial hit to date; just as the DVD is poised to be unleashed in the UK on 2nd August – as reported by Entertainment Daily –

Shutter Island with its $127.3 million domestic won’t be able catch with The Departed on that front, even though it has made more in its first 13 weeks than Departed did. It is because Shutter Island’s run is winding down, whereas Departed received a nationwide re-launch late in its run to capitalize on Oscar nominations.

If you’re confused, puzzled or perplexed by sHuTteR iSlAnD’s final twist – Click Here - as all is revealed [warning spoilers].
Posted by Ali Karim at 15:26