David Hewson and The Killing 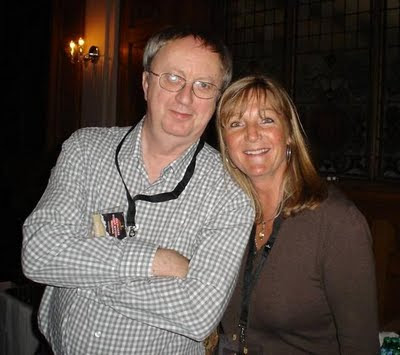 Shots Ezine were delighted to receive this wonderful news, following the hotly contested world rights acquisition last week for the literary publishing rights of the BAFTA-winning Danish crime TV series, THE KILLING, Pan Macmillan is delighted to announce that crime writer, David Hewson, will be the author to novelise the series.

Highly respected, and much admired for his popular Rome-based Nic Costa detective series, and three other thrillers set in Seville, Venice and the USA, Hewson’s particular skill for female characters and passion for writing and researching novels set in a foreign country make him perfect for translating THE KILLING to the page.

“It’s a great honour to be asked to turn the best crime series on TV – and the fascinating character of Sarah Lund – into books, alongside my own novels set in Italy. The richness, innovation and complexity of THE KILLING have captured the imaginations of TV viewers around the world. I’m flattered to know that it’s going to be my task to bring this acclaimed classic series to the printed page. Rome and Copenhagen are very different places, but both wonderful stages for compelling crime fiction. I can’t wait to start work with my first trip to Denmark in a few weeks.”

“We believe that David is the perfect author for this project. Apart from being a wonderful writer, his particular strengths lie in atmosphere, sense of place and female characters. And we trust him implicitly to create a brilliant thriller from this wonderful series.”

Pan Macmillan plan to publish the novelisation of series one in the autumn of 2012.

David Hewson is the bestselling author of more than sixteen books published in more than twenty languages. His popular Costa contemporary crime series is now in development for a series of TV movies in Rome. His latest novel, The Fallen Angel, was published by Pan Macmillan in February this year.

Incidentally talking of Danish Crime Thrillers, we’d strongly recommend Jussi Adler-Olsen’s Mercy from Penguin, out currently in the UK and due for release in the US this August as ‘The Keeper of Lost Causes’.