This comes via Marty's long-time assistant and friend, Larry Segriff. 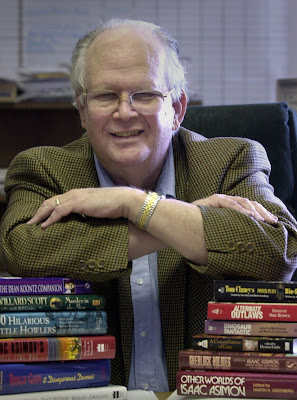 Dr. Martin H. Greenberg, known throughout the publishing industry for the scope and scale of the anthologies he produced, passed away on June 25, 2011.

Dr. Greenberg, whose background and training was in political science, and who worked for many years as a professor at the University of Wisconsin Green Bay, was a longtime fan of science fiction. He got his start in publishing when, in the early 1970s, he realized that many great SF stories demonstrated or dealt with themes, ideas, and issues that correlated to what he was teaching. In partnership with Pat Warrick, Marty reached out to a number of authors having at the time absolutely no idea how to clear a permission or what went into the production of an anthology and ended up co-editing his first reprint anthology, Political Science Fiction: An Introductory Reader (1974).

That anthology became the first of many, and spawned a great career and also a terrific friendship with Isaac Asimov. As Marty told the story, when Isaac received his request to reprint "Evidence" and "Franchise," Isaac responded with a very polite letter saying that he would be happy to allow the reprint provided that Marty could prove that he was not a certain individual with a similar name who had a less than savory reputation at the time. Marty did so, writing back with a letter that began by listing his genealogy, went through his academic background and how he ended up in Green Bay, and he signed it, 'Marty the Other.' Isaac responded with a letter addressed to 'Marty the Other,' and so began both a friendship and a career
that lasted a very long time. Isaac introduced Marty to many aspects of publishing, and Marty was Isaac¹s best friend for the last twelve years of Isaac's life.

Marty eventually branched out and started creating original anthologies, and went on to a career that spanned almost four decades and produced over 2,500 books (including nearly a thousand anthologies, many non-fiction works, and many hundreds of novels in multiple genres). Along the way, he helped co-found the Sci-Fi Channel and befriended many authors and editors.

It was always a point of personal pride with Marty that, though he never considered himself a writer, he was always perceived as very author friendly and he worked hard to give writers the absolute best market he could.

During his career, Marty was awarded lifetime achievement honors in science fiction, mystery, and horror‹the only person in history to win such awards in all three genres. Marty won numerous other awards as well, in
essentially every major genre, and was particularly proud of his Guest of Honor appearances at a number of science fiction, fantasy, and mystery conventions.

An interviewer once remarked to Marty that he was known in the business as the 'king of anthologies' and asked Marty how he felt about that. Marty, true to form, borrowed a line from Mel Brooks and replied, "It's good to be the king."

Marty cast a long shadow across the industry, and devoted himself to establishing and maintaining top quality markets for writers. In the wake of his departure, his company, Tekno Books, will continue his good work
under the guidance of his wife Rosalind, but there is no doubt that he will be missed.


******
﻿On a personal front, it was Marty who published by very first commissioned short story "Bubastis" in an anthology he co-editor with Ed Gorman in 1998 entitled THE TREASURY OF CAT MYSTERIES. It seemed it didn't put them off as they then invited me to contribute to the THE BEST OF THE AMERICAN WEST, when my story rubbed shoulders alongside great writers such as Louis L'Amour, Luke Short and Richard Matheson. He and Ed kept the short story assignments coming in and I was asked for another Western which appeared in THE BEST OF THE AMERICAN WEST 2. The last western short story I wrote for him appeared in DESPERDOES (2001)
In 1999 Marty approached me to contribute to a sci-fi anthology called FUTURE CRIMES, and he accepted my dystopian view of London in the future. 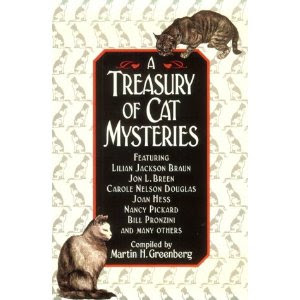 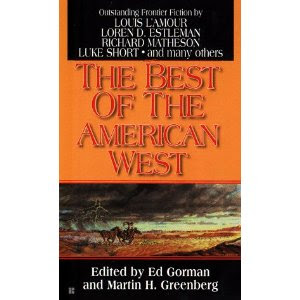 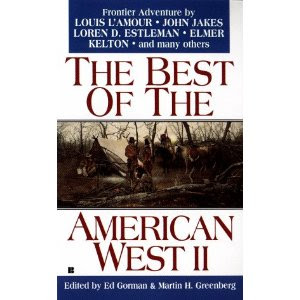 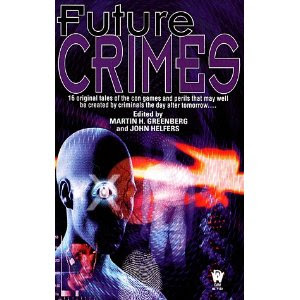 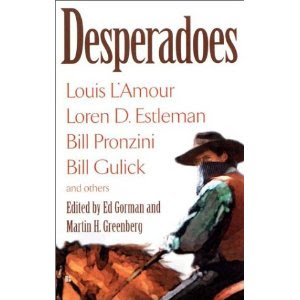 I owe both Marty and Ed big time, and I've never forgotten that. My condolences go out to Marty and his family.
Posted by Mike Stotter at 12:32