Hardcase’s Hiatus comes to an end 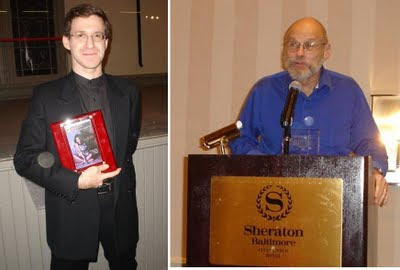 Shots Ezine were delighted to get an update from the award-winning writer Charles Ardai who also holds the helm at Hardcasecrime Publishing. After the well documented problems with their previous partner, they have re-launched with the British Publisher Titan Books. So what’s coming from the Ardai's Hardcasecrime stable?

Our year's hiatus was due to the exit from the book publishing business of the publisher we'd worked with since launching the line, Dorchester Publishing. We're now working with a new publisher, the terrific UK-based Titan Books, who in turn works with Random House in the States, and it feels like our books couldn't be in better hands.

To kick things off we'll be publishing our first ever hardcover title, a brand new novel by Lawrence Block called GETTING OFF. It's the first original novel Block has ever written for us (all our previous Block titles were reprints of his early work), and honest to god, this thing is going to startle people. For it, Block is resurrecting a female pseudonym he last used almost 40 years ago (we're publishing it as by "Lawrence Block writing as Jill Emerson"), under which he wrote six frankly erotic novels in the 60s and 70s. GETTING OFF is a Jill Emerson book all right, in terms of its rather explicit content -- but it's a Lawrence Block book, too, in terms of its compelling crime story plot and its disturbingly appealing main character, who may have the highest body count on her hands of any woman ever to headline a mystery novel, but whom you find yourself quite liking despite that.

It's hard, these days, to call a book shocking and really mean it, but I would bet money on readers genuinely being shocked by some of this book's content.

In a good way, of course.

Also coming in late September is a new story about Max Allan Collins' popular hit man character, Quarry, in QUARRY'S EX, and then in October we have two titles people have been waiting for for a long time: CHOKE HOLD, Christa Faust's follow-up to her Edgar Award-nominated Hard Case Crime novel MONEY SHOT; and THE CONSUMMATA, a novel Mickey Spillane started writing in the 1960s (and that Signet announced in its catalogue at the time), but that he set aside unfinished until shortly before his death, at which time he asked old friend Max Allan Collins to complete it for him. It's taken 44 years, but THE CONSUMMATA is finally finished and we're very excited to be the ones bringing it to readers at last. Set in Miami's Cuban-American community and starring the main character of Spillane's bestselling THE DELTA FACTOR, it's a great read, Spillane at his irrepressible Spillaniest.