Paradise Isn't What It's Cracked Up To Be 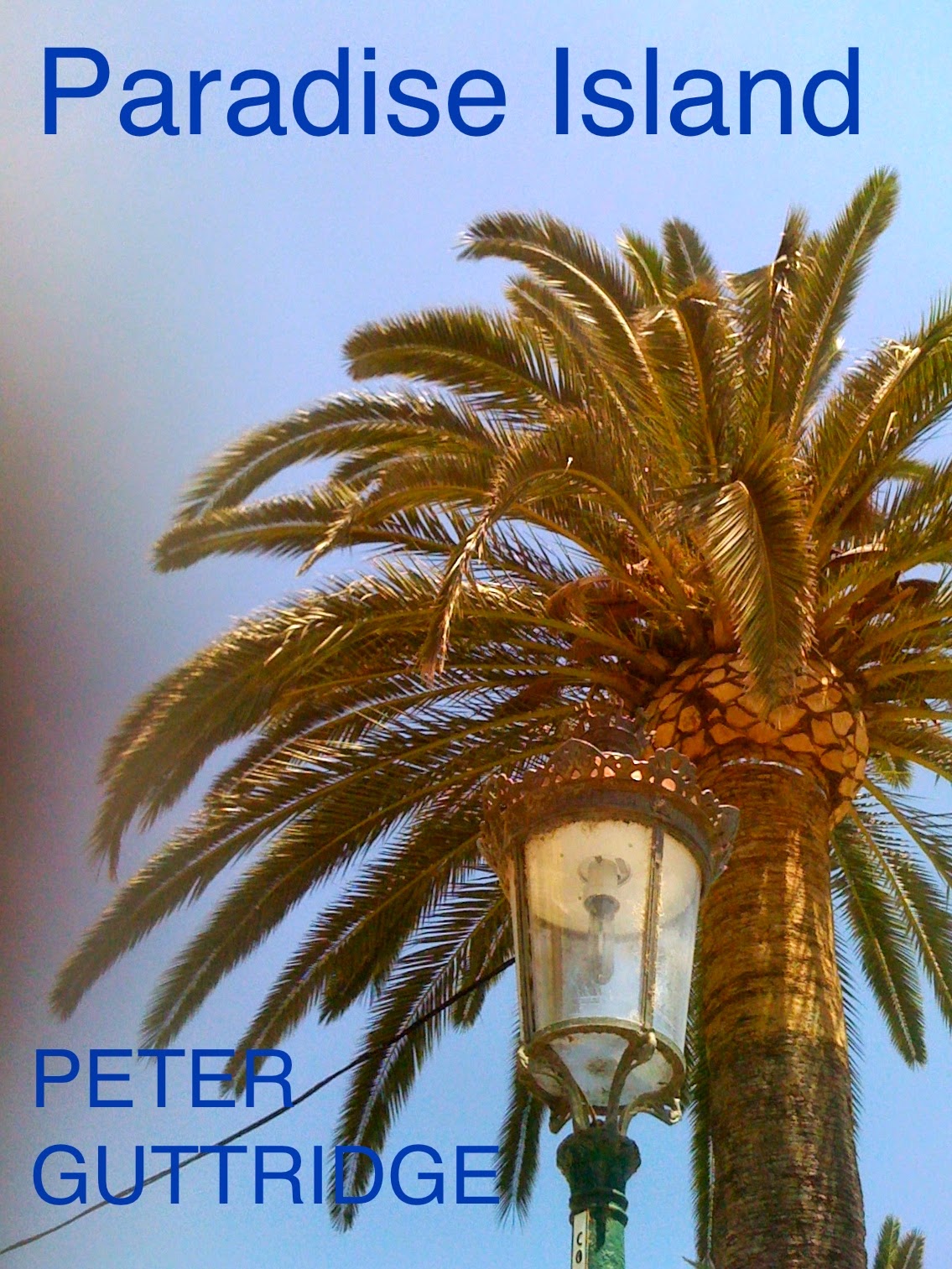 Paradise Island, my new standalone thriller, has been a long time coming.  I first had the idea for a story set on one of the Georgia and Carolina Barrier Isles when I visited several as part of a mammoth one year trek around America way back in 1978.  I was trying to write The Great Novel back then so parked the idea of something bad happening on one of these isolated islands in a half page of my notebook.
The rest of the notebook was full of deeply significant ruminations on the human condition – a.k.a pretentious twaddle – with bad poetry thrown in.  I dumped The Great Novel all this horrible stuff was going to go in the minute I got back to England.  Although, had I known Morrissey was going to have that kind of turgid rubbish published as a Penguin Classic years later, I might have persevered.
Anyway, fast forward to the nineteen nineties and a journalist friend, who was a large part of the inspiration for Bridget in my Nick Madrid comic crime novels (for those of you with long memories), bought a place on one of the Barrier Isles and reignited my interest in them.
I started making notes for this thriller between writing the Nick Madrid silliness.  Then I started writing it in earnest in the early Noughties.  Then I put it aside because I had this idea for a complicated, confusingly plotted trilogy of novels set in Brighton that would infuriate as many readers as it pleased because I wasn’t going for the big resolutions in book one or book two and then only obliquely in book three.  (I do have a book on essential rules for writing a crime bestseller but haven’t read it.)
Anyway, five books into my Brighton trilogy I yearned for those barrier isle breakers and freshwater alligators and humidity that turned me into a human sprinkler – and the And Then There Were None idea of a closed community cut off from the rest of the world.
Mobile phones and wifi are a major problem for that kind of scenario to work but I was also feeling nostalgic for the heady couple of years I spent in America (I stayed on into 1979 too) when I still had hair and punk and New Wave were colliding with the old guard and Bob Marley was bringing reggae into the mainstream.  (I played five a side soccer with Marley a couple of times but that is definitely another story.)
I wanted to write an American novel.  An Elmore Leonard, Harlan Coben, Robert Crais kind of thing.  (Yeah, I know - don’t we all?)  Cleanly plotted, with a kind of narrative that has an inevitability about it because actions have reactions and consequences – but, of course, with twists.  Set in 1978 (and 1970).  Told through three or four characters.  A former big city cop with a shameful secret.  A heist crew with a lunatic among them.  A WitSec guy whose bloody past is catching up with him as someone comes onto the island to kill him.  Oh and a Brit couple recovering from a savage house invasion who’ve come to the island for quiet and recuperation.  Good luck with that.


So I did write it.  I havered between titles.  For ages it was called The Boogaloo Twist but I also liked Paradise Island.  I decided to keep the former for something else I’m writing.  Paradise Island it is.
I hope it’s a fast read because I hope it’s a page-turner.  I’ve decided to publish it as an e-book original to see how that might work.  A snip at $4.99.  Now back to the sixth book of the Brighton trilogy.
Posted by Peter G. at 15:52