The Most Important Book I Have Written... 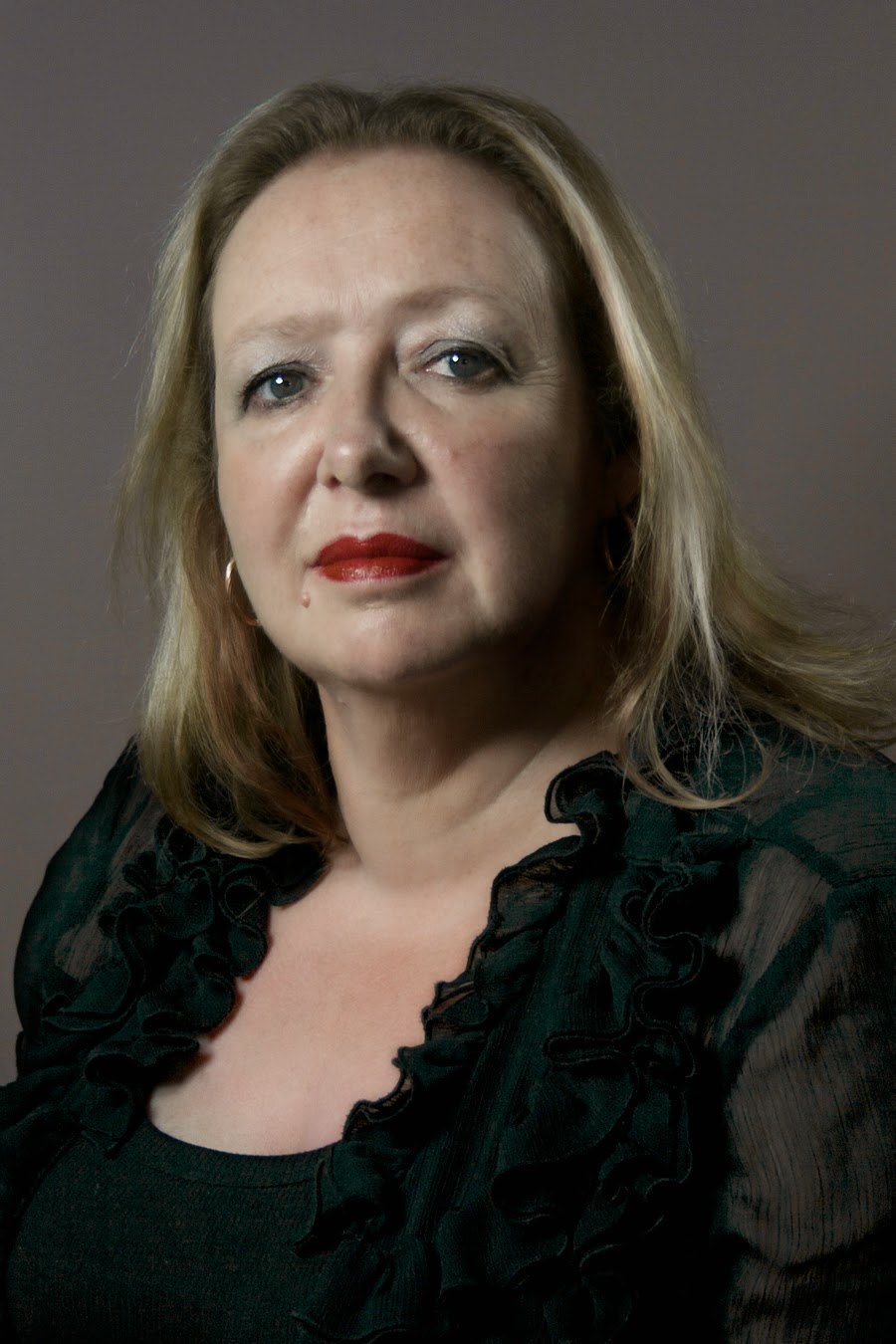 Today's guest blog is by author Barbara Nadel.  So far she has written sixteen books featuring Çetin İkmen, a chain-smoking and hard-drinking detective based in Istanbul, four books featuring Francis Hancock an East End undertaker and two books in her Hakim and Arnold series.


As authors we sometimes write books, or parts of books, that are personal or important to us.  There are places and scenes in my books that can exert an emotional pull over me time and time again.  My hope is that maybe my readers will feel the same.  Fortunately both my crime series are set in places that I love, Newham in London and Istanbul, Turkey.  My latest book, Poisoned Ground a Hakim and Arnold mystery set in Newham does however have other, to me, even more important, resonance.

For many years, both before and after I became a writer, I worked in psychiatric hospitals and with mentally ill people in the community.  My longest running job was as a patients advocate in a large psychiatric institution just outside London.  My duties were to represent the views, needs, complaints, and compliments of patients both ‘formal’ (held under Section) and ‘informal’ or voluntary.  I worked on acute, chronic, and forensic wards and one of the most stressful jobs I had was to represent forensic patients (those who had committed offences) at Mental Health Tribunals where their continued incarceration would be discussed and decided.  I had to walk the often-thin line between staff and patients, patients and their illnesses and patients and everyone else.  It probably goes without saying that people with mental health problems are often disbelieved and sometimes what they say is indeed ‘their illness talking’.  But more often than not, it isn’t.  In my experience it is dangerous to make assumptions.

One of our patients was always on about his relative who was a Hollywood movie star.  It seemed very far-fetched even to me.  Until the Hollywood star turned up and embraced our patient.  However, convincing the hospital authorities that something similar (i.e. the truth) may be at play when patients talked about abuse was another matter.  That was like pushing treacle uphill.  Because, unless the case was patient-on-patient abuse, they didn’t want to know.  Some members of staff were known for their brutality and yet any accusations levelled against them were always refuted in the strongest terms.  I have been told, gently, that I’m wrong about these people and, when I persisted, I have been called a liar, aggressively, to my face.  But to this day I stand by what my patients told me.  Not only could I see their injuries, I also have enormous faith in the idea that even the most delusional person knows when he or she has been kicked.  And this lack of belief in the validity of statements made by the mentally ill is one of the central themes of Poisoned Ground.

Total institutions like psychiatric hospitals, are fertile breeding grounds for rumour, supposition and, in some cases, abuse.  All the usual things that are valuable on the outside are currency inside too.  Sex, drugs, booze, money. Except that inside the atmosphere is more pressured and febrile and victims are inclined to remain silent.  So those with ill intent can more easily exploit people supposedly under their care.  They can also terrify other members of staff, who then collude or look the other way.  It takes real guts to be a whistle blower in a total institution, which is something the much-publicised Operation Yewtree is only now making plain.

Poisoned Ground is about what happens when this abuse is systematised.  And as more 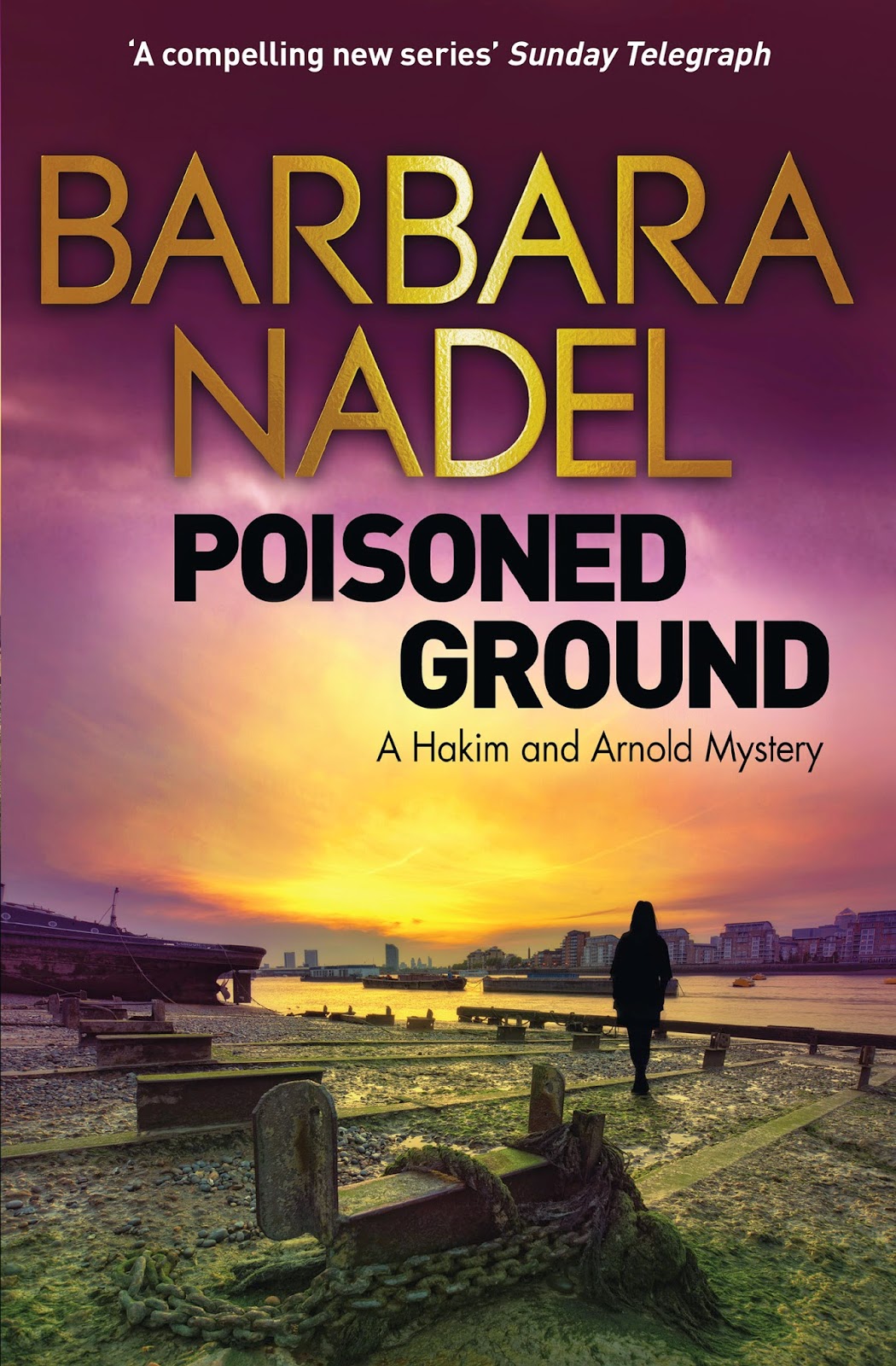 actors are dragged into a drama that everyone in the institution knows, on some level, is happening, the more complex and more dangerous the situation becomes.  This world, so familiar to me, is one into which PI Mumtaz Hakim goes in search of a truth she has serious doubts about.  Because you do.

Even with her degree in psychology, Mumtaz, in common with most people, is more likely to disbelieve than believe the stories she hears when she becomes a volunteer advocate at Ilford Psychiatric Hospital.  What’s more, she must wade through the labyrinthine administration of an institution that’s gone bad, where people not only get hurt, but sometimes die as well.  And that has happened, and probably still does.

Stigma has always been with us.  If you label a person or a group ‘wrong’ or ‘other’ and you are more powerful than they are, you can do what you like with them.  Look at the Islamic State and the poor Yazidis and the Christians in Iraq.  Some groups have always, and will always, be targets for prejudice and discrimination.  Not everyone knows that Hitler didn’t start his epic genocide with Jewish people.  First he targeted the mentally ill.  Nobody would care about them.  And he was right, they didn’t.  In psychological terms this phenomenon is known as the ‘latitude of acceptance’.  It works by normalising violence or discrimination against a group that is already largely despised and then extends to others the state, political party or institution wants to get rid of too.

Poisoned Ground is a crime novel written from the bottom of my soul.  Good people work in psychiatric units.  If I have any religion at all it is the National Health Service, which has saved my life, and the Welfare State, which has kept me off the streets.  But it only takes one bad person, particularly one in a position of power, to produce a culture of fear and violence.  However delusional or ‘insane’ we may think someone, we have to start believing them and acting on that belief.  If we don’t, then we get monsters like Jimmy Savile.  Neither celebrity nor expertise can excuse exploitation.  Even the most highly qualified professional needs to earn respect.  Even the most sainted celebrity.

The action that takes place in Poisoned Ground is the most threatening and dangerous that PIs Mumtaz Hakim and Lee Arnold have faced so far.  Not only are they up against a conspiracy of frightening proportions but they also have to confront fears, assumptions, and beliefs they didn’t even know they had.

You can find out more information about Barbara Nadel and her work on her website.  You can also follow her on Twitter @BarbaraNadel.  Barbara also blogs over at International Crime Writers.com.

POISONED GROUND by Barbara Nadel is published by Quercus on 11 September, hardback £19.99.
Posted by Ayo Onatade at 20:39