Specsavers and Penguin team up to launch crime novella 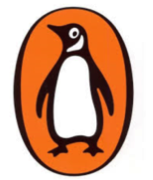 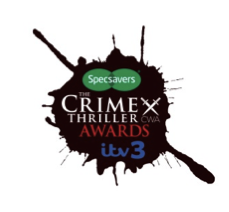 CRIME thriller enthusiasts are being called upon to help decide the narrative fate of a brand new novella this autumn using social media to plot out the direction for three celebrated crime authors in a unique literary experiment.

After the success of #youdunnit, Specsavers and Penguin’s social media crowd-sourced novella in 2013, crime readers will be enticed with a new kind of involvement this weekend.

In a partnership between Specsavers and Penguin’s crime community Dead Good Books, crime fans will steer the story through Facebook and on a dedicated website, influencing the very direction the narrative will flow in.

Best-selling crime authors Christopher Fowler, James Oswald and Jane Casey will be challenged to write their chapter based on the decision made by readers. Each author will follow on from the last, shaping the narrative and adding their own unique style and take on the journey presented to them. A digital only eBook will be given away free from the 24th October including all chapters and their hidden alternatives.

Dame Mary Perkins, founder of Specsavers, says: ‘We have been supporting the Crime Thriller Awards for a number of years now as there is of course such an intrinsic link between reading, watching crime thrillers and eye sight. How exciting though to see that crime writing enthusiasts and future crime writers could create a new crime thriller story with the help of some of the best crime thriller writers!’

Penguin digital marketing manager, Lynsey Dalladay, says: ‘We’re delighted that Dead Good can work with Specsavers on creating an innovative and exciting novella. The three authors are extremely talented and looking forward to the challenge of shaping a book with the readers in the driving seat.’

The mass participation event, called #ChooseThePlot, begins on 23rd September. Contributors can find all information about the campaign by visiting www.specsavers.co.uk/choosetheplot. The site will guide them through every step of the process, and all the details about the progress of the stories.

The partnership between Specsavers and Penguin was created and project managed by Manning Gottlieb OMD.
- Ends -

About the authors
CHRISTOPHER FOWLER is a Londoner born (in Greenwich) and bred. For many years he jointly owned and ran one of the UK's top film marketing companies. He is the author of many novels and short story collections, from the urban unease of cult fictions such as Roofworld and Spanky, the horror-pastiche of Hell Train to the much-praised and award-winning Bryant and May series of detective novels - and his two critically acclaimed autobiographies, Paperboy and Film Freak. His most recent novel is Bryant and May The Bleeding Heart.

JAMES OSWALD is the author of the Detective Inspector McLean series of crime novels. Currently there are four available, Natural Causes, The Book of Souls, The Hangman’s Song and his most recent Dead Men’s Bones. He has also written an epic fantasy series, The Ballad of Sir Benfroinas well as comic scripts and short stories.In his spare time he runs a 350 acre livestock farm in North East Fife, where he raises pedigree Highland Cattle and New Zealand Romney Sheep.

JANE CASEY is an internationally best-selling crime author, married to a criminal barrister, she has a unique insight into the brutal underbelly of urban life, from the smell of a police cell to the darkest motives of a serial killer. This gritty realism in her books has led to critical successes; while D.C. Maeve Kerrigan has quickly become one of the most popular characters in crime fiction. Twice shortlisted for the Irish Crime Novel of the Year Award as well as the Mary Higgins Clark Award. The fifth book in her Maeve Kerrigan series The Kill is published on 20th November 2014.

·      Specsavers is a Partnership of almost 2,000 locally-run businesses throughout the UK, Ireland, the Netherlands, Sweden, Norway, Finland, Denmark, Spain, Australia and New Zealand, all committed to delivering high quality, affordable optical and hearing care in the communities they serve
·      Each store is part-owned and managed by its own directors who are supported by key specialists in support offices that provide a range of services including marketing, accounting, IT and wholesaling, among others
·      There are currently more than 1,700 partners in the UK and Republic of Ireland alone, of whom 548 have been with the Partnership for at least ten years
·      Specsavers was founded in 1984 by husband and wife team, Doug and Dame Mary Perkins, who pioneered the optical joint venture partnership model and also revolutionised the industry with their innovative concept of affordable, fashionable eyecare for everyone
·      Specsavers is a champion of the National Health Service – of its 17.3m customers in the UK, 60% are from the NHS and the company is the largest provider of free NHS digital hearing aids
·      Specsavers is the largest employer of registered optometrists and dispensing opticians in the UK (around 3,500)
·      Specsavers was voted the UK's most trusted optician by a YouGov Plc online survey of 2,423 UK adults, 22-23 July 2014
·      Total revenue for the Specsavers Group was £1.8 billion in 2012/2013
·      More than 28 million customers used Specsavers globally in 2012/2013
·      Specsavers stores employ more than 23,000 staff globally
·      More than one in three people who wear glasses in the UK buy them from Specsavers - 10,800,000 glasses were exported from the warehouse to stores in 2013
·      Specsavers sold more than 300 million contact lenses globally in 2012/13 and has more than a million customers on direct debit schemes. Specsavers' own contact lens brand - easyvision - is the most known on the high street
·      The hearcare business in the UK has established itself as the number one high street provider of adult audiology services to the NHS


·      Specsavers supports several UK charities including Guide Dogs, Hearing Dogs for Deaf People, Sound Seekers, the road safety charity Brake, the anti-bullying charity Kidscape and Vision Aid Overseas, for whom stores have raised enough funds to build a school of optometry in Zambia and open eyecare outreach clinics in much of the country.
Posted by Ayo Onatade at 22:52