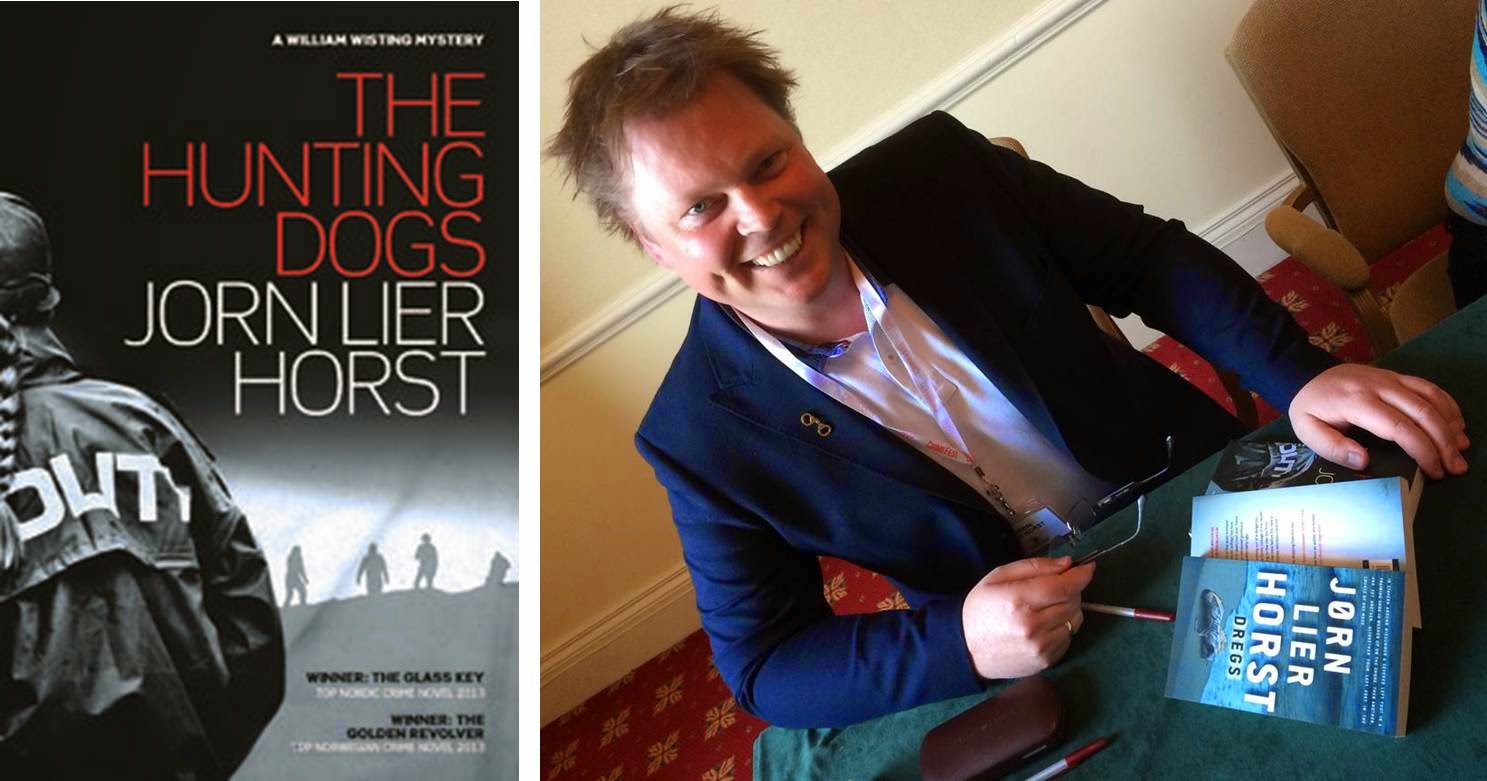 Last year the Shots team were delighted to meet up with Jørn Lier Horst, catching up with his tales of Norwegian Crime Fiction when he was one of the guests at Crimefest Bristol.
I was fortunate to have dinner with Jørn, accompanied by Lucy Ramsey and Nicci Praca, where we discussed his work, which at the time was new to me, and he is a writer I would urge you to explore. Crime fiction doesn't get more authentic than the work of Jørn Lier Horst, with his insight in the police procedural, and the anecdotes he shared over dinner.

This morning Lucy Ramsey and Anne Cathrine Eng contacted me with the wonderful news that his novel "The Hunting Dogs" has been presented with the 2014 MARTIN BECK Award, proving that many others will soon be discovering the work of this former Norwegian Police Inspector, turned crime writer.

Jørn Lier Horst's THE HUNTING DOGS has received The Martin Beck Award presented by the Swedish Crime Writers' Academy (Svenska Deckarakademin) for the best crime novel in translation. It is one of the most prestigious international crime-writing awards. The Jury says; An original, thrilling novel about a policeman's struggle on the edge between disaster and restoration of justice. THE HUNTING DOGS is published by Lind & Co in Sweden and Sandstone Press in the UK. Lind and Co in Sweden, have also acquired rights for CLOSED FOR WINTER and THE CAVE MAN in the same series.

Published in the UK by Sandstone Press, here’s what this terrific crime thriller has in-store for the reader –

Seventeen years ago William Wisting led the investigation into one of Norway’s most notorious criminal cases, the murder of young Cecilia Linde. When it is discovered that evidence was falsified he is suspended from duty. It looks like a man has been wrongly convicted, and suddenly the media are baying for blood. Wisting, who has spent his life hunting criminals, is now the hunted.
To discover what really happened Wisting must work alone and under cover. Under investigation and with the press on his trail, he gets help from his journalist daughter, Line, and another unexpected source. Then another young woman goes missing and an electrifying race against time begins. Together they have to stay one step ahead of the pack.
Download the first five chapters here or scroll to the bottom of this link here And remember Lee Child interviews Maj Sjöwall, the godmother of Scandinavian crime fiction, and co-creator of the Martin Beck Thrillers during next year's CrimeFest which runs 14 - 17 May 2015