Books to Look Forward to From Vintage

An intoxicating and furiously paced thriller taking us into the black heart of contemporary celebrity.  Amber Knight is London’s hottest ticket – pop star, film star, and the front-page subject of daily tabloid gossip.  Nick Belsey is less celebrated.  His decade-long career at Hampstead CID seems to be coming to an end, and his habit of getting into serious trouble is on going.  He is currently of no fixed abode.  But when Belsey is asked by a desperate mother to help find her son, he finds himself infiltrating the entourage of Amber Knight.  It is a world of excess, obsession, lust and greed – precisely as Belsey had expected, and perhaps even hoped for.  Soon, though, the blood begins to flow, one sickening crime is followed by the next, and Belsey finds himself in a far more deadly world, whose mysteries he must solve and whose grip he must escape.  The House of Fame is the third book in the Nick Belsey series by Oliver Harris and is due to be published in June 2015. 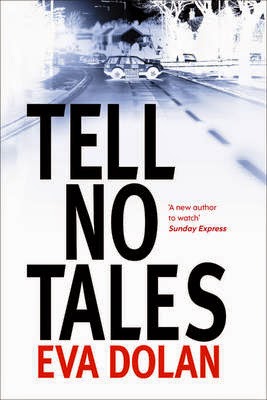 Tell No Tales is by Eva Dolan and is due to be published in January 2015.  In the second book from a rising star of crime fiction, Detectives Zigic and Ferreira must investigate a hit-and-run that leaves two migrant workers dead and a series of horrific killings, seemingly with a Neo-Nazi motivation, captured on CCTV.  The car that ploughs into the bus stop early one morning leaves a trail of death and destruction behind it.  DS Ferreira and DI Zigic are called in from the Peterborough Hate Crimes Unit to handle the hit-and-run, but with another major case on their hands, one with disturbing Neo-Nazi overtones, they are relieved when there seems to be an obvious suspect.  But the case isn't that simple and with tensions erupting in the town leading to more violence, the media are soon hounding them for answers.  Ferreira believes that local politician Richard Shotton, head of a recently established right-wing party, must be involved somehow.  Journalists have been quick to acclaim Shotton, with his Brazilian wife and RAF career, as a serious contender for a major political career, despite his extremist views, but is his party a cover for something far more dangerous?

When twelve-year-old Ciaran Devine confessed to killing his foster carer it sent shock waves through the nation.  He said his older brother Thomas had tried to stop him, but the killing rage had burned too brightly.  Seven years later, Ciaran's release will set a new and even more deadly chain of events in motion.  DCI Serena Flanagan, then an ambitious Detective Sergeant, took the boy's confession after days and weeks spent earning his trust.  He hasn't forgotten the kindness she showed him - in fact; she hasn't left his thoughts in all the years he's been locked away.  Probation officer Paula Cunningham, reluctantly tasked with helping Ciaran re-enter society, suspects there was more to this case than the police or the prosecutors uncovered.  Soon she wonders if Ciaran really committed the murder at all.  His confession saved his brother Thomas from a lengthier sentence, and Cunningham sees the unnatural hold Thomas has over Ciaran.  When she brings her concerns to DCI Flanagan, the years of lies begin to unravel, leading to a truth stranger than anyone could have imagined.  Those we Left Behind is by Stuart Neville and is due to be published in June 2015.

"In this land of chaos and despair, all I can do is wish for magic armour and the power to 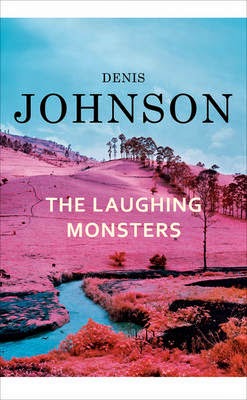 disappear.”  Freetown, Sierra Leone.  A city of heat and dirt, of guns and militia.  Alone in its crowded streets, Captain Roland Nair has been given a single assignment.  He must find Michael Adriko - maverick, warrior, and the man who has saved Nair's life three times and risked it many more.  The two men have schemed, fought, and profited together in the most hostile regions of the world.  But on this new level - espionage, state secrets, and treason - their loyalties will be tested to the limit.  This is a brutal journey through a land abandoned by the future - a journey that will lead them to meet themselves not in a new light, but in a new darkness. The Laughing Monsters is by Denis Johnson and is due to be published in February 2015.

The Drowned Boy is by Karin Fossum and is due to be published in June 2015.  'He had just learnt to walk,' she said.  'He was playing on a blanket on the floor and then suddenly he was gone.’  She tried to dry her tears.  She was only nineteen years old, though she somehow seemed younger.  'I know that it's my fault.  You can tell me, I know what you're thinking.  I should have kept an eye on him, but I was only away for a few minutes.’  A 16-month-old boy with Down's Syndrome is found naked and drowned in a pond right by his home.  Chief Inspector Konrad Sejer is called to the scene, as there is something troubling about the mother's story.  As even her own family turns against her, Sejer is determined to get to the truth. 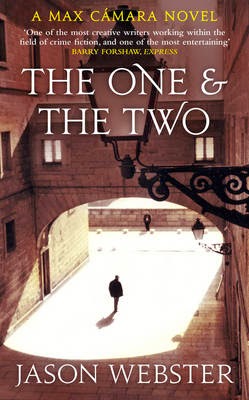 Olav lives the lonely life of a fixer.  When you 'fix' people for a living - terminally - it's hard to get close to anyone.  Now he's finally met the woman of his dreams.  But there are two problems.  She's his boss' wife.  And Olav's just been hired to kill her.  Blood on Snow is by Jo Nesbo and is due to be published in April 2015.

Tensions in Spain are rising: unemployment remains high and political violence has suddenly re-emerged.  In Catalonia - Valencia's neighbour - plans are afoot to hold a potentially explosive referendum on independence from the rest of Spain.  The last time such a proposal was seriously discussed, in the 1930s, the country quickly descended into civil war.  When a shallow grave is found among the orange groves to the north of the city, Max is put on the case.  But this is no ordinary murder.  Behind it, Max uncovers a tangled web that could destabilise the whole country.  The One and The Two is by Jason Webster and is due to be published in June 2015.