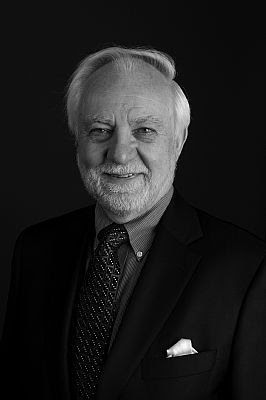 The Bouchercon Board of Directors is proud to announce that Otto Penzler is the recipient of its 2016 David Thompson Special Service Award for "extraordinary efforts to develop and promote the crime fiction field."

Founded in 1970, and named after distinguished mystery critic, editor, and author, Anthony Boucher, Bouchercon is an all-volunteer non-profit organization that each year brings together fans, authors, publishers, editors, agents, and booksellers from around the world in a different location for a four-day celebration of their shared love of the crime genre. This year's convention, "Blood on the Bayou-Bouchercon 2016," takes place in New Orleans, September 15-18, 2016.

The David Thompson Special Service Award was created by the Bouchercon Board to honour the memory and contributions to the crime fiction community by David Thompson, a much beloved Houston bookseller who passed away in 2010. Past recipients of the award are Ali Karim, Len & June Moffatt, Judy Bobalik, and Bill and Toby Gottfried.

This year's honoree, Otto Penzler, is the proprietor of New York City's The Mysterious Bookshop and founder of The Mysterious Press (1975). A publisher of original works and classic crime fiction in the U.S. and abroad, Mr. Penzler also published The Armchair Detective, a quarterly journal devoted to the study of mystery and suspense fiction, and created the publishing firms of Otto Penzler books and the Armchair Detective Library. He is a prolific editor, and his most recent anthologies include The Big Book of Sherlock Holmes Stories, The Big Book of Locked Room Mysteries, The Best American Short Stories of the 19th Century and The Best American Noir of the Century. Since 1997, he's also been the Series Editor of The Best American Mystery Stories of the Year.

The Mystery Writers of America has bestowed on Mr. Penzler two Edgar Awards, its 1994 Ellery Queen Award, and the 2003 Raven Award. He's also received Lifetime Achievement awards from Noircon and The Strand Magazine. In addition, Mr. Penzler co-chaired two Bouchercon Conventions (1977 and 1983) and served on Bouchercon's Board for ten years.
Posted by Ayo Onatade at 22:36